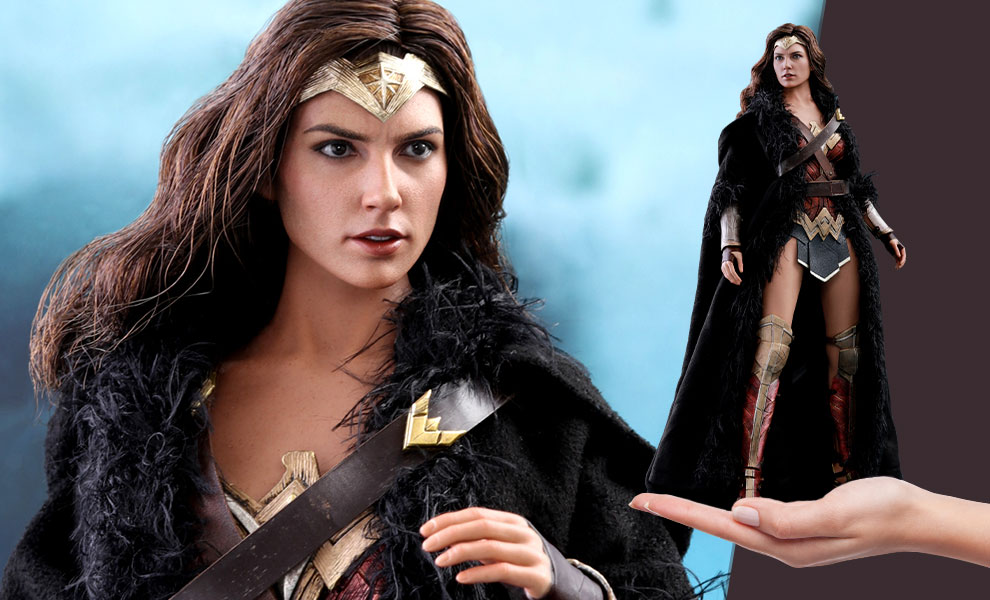 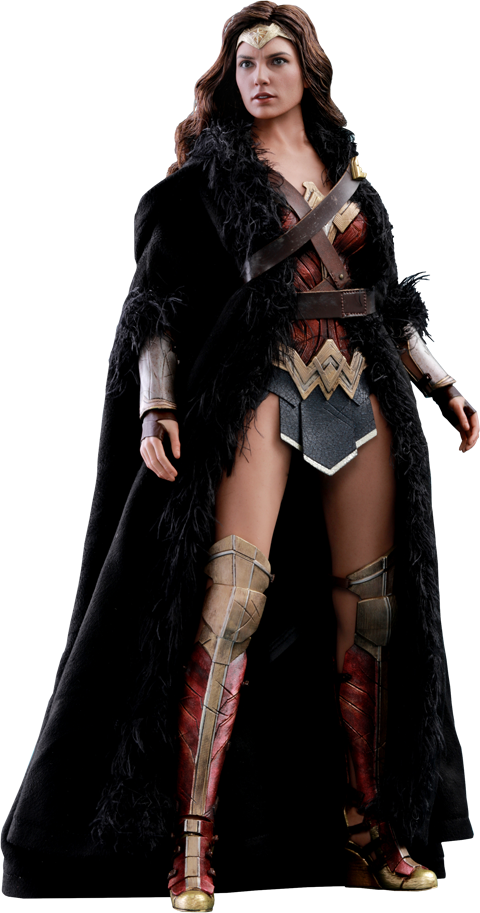 “Don’t engage alone, we do this together.”

Alongside with Batman, Aquaman, the Flash, and Cyborg, the warrior princess is one of the key members to unite the league and defend the world against their new evil villain! Sideshow and Hot Toys are elated to introduce the eagerly awaited sixth scale Wonder Woman (Deluxe Version) collectible figure from Justice League!

Aside from the amazingly detailed costume, the figure also comes with assorted weapons and accessories such as a sword, a shield with weathering effect, two pairs of Wonder Woman’s signature “Bracelets of Submissions”, her “Lasso of Truth”, bullet sparkling effects, and a specially designed Justice League-themed figure stand.

Display the Wonder Woman figure alongside with other Justice League members or even as a “wonderful” standalone piece! This is something that you do not want to miss!

Absolutely loved the figure, the detail in the sculpture is wonderful. Delivery was quick and it was well packaged.

did they do that. First i was a little worried if it was a good idea to order. I had my experiences with ordering abroad. But in this case, not only worked everything out, they made a miracle come true. It was delivered within 3 days!!! Even stuff ordered in Germany usually does not arrive within 3 days. And this is xmas time with high load on the carriers !! I am so happy right now. Now i have to hide my purse or i will order again right away :)

This is the best figure in the DC line by far visually. The cloak is finicky and kinda hard to make look good, everything else is A+++. Out of the MANY figures I own this one is the most life like.

I am really digging the Hot Toys style. Wonder Woman is just awesome and finely painted. It's a keeper, Thanks Sideshow

Angelo M.
My top 5 Hot Toys in my collection

A wondrous sixth scale figure of Wonder Woman, that is truly a great collectible I just simply love it!

The level of craftsmanship, and the patience to the details, it took to create this piece of art is unreal! This is my very first purchase from Sideshow Collectibles . And I look forward to my future purchases. I know they will only get better and better. This Wonder Woman is Absolutely Fantastic!!!

She is absolutely perfect! Detail is amazing and options are awesome! You need this awesome character for your collection! It's better than any of the statues offered. The likeness is not matched! GET HER BEFORE SHE'S GONE!

The head sculpt is beautiful. I have no complaints about the figure. From the sculpt to the outfit, it is figures like this that make these pure pieces of art.

Great figure I will enjoy making my stop motion animation film with this figure I just wish her body rubber was as good as a phicen.

This figure is amazing I really love the detail on the hot toys 1/6 scale figures.

This is my 5th piece in my collection and I don't plan on stopping. Amazing!

Awesome start to my DC collection, and a stunning piece indeed! Hot Toys captures the essence and power of the Themysciran warrior. As always, Sideshow does an awesome job with the whole ordering process, and customer service is bar none. Great company with equally great people. Thanks guys!

Looks as good as on the fotos,
i am happy having ordered her.
her nose seem to be a bit "too" long, but i can be wrong here.
her : yellow colored ropes (Lasso of Truth)
is difficult to fit in, the risk or damaging the "leather-holder" is high, who adds the lasso there, be very very carefull 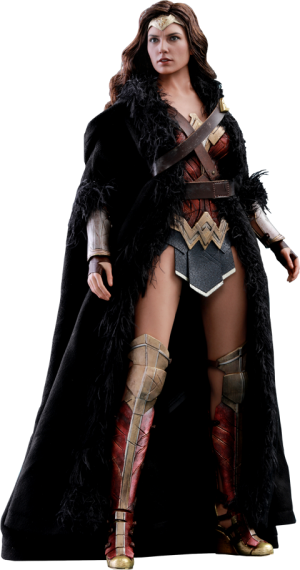