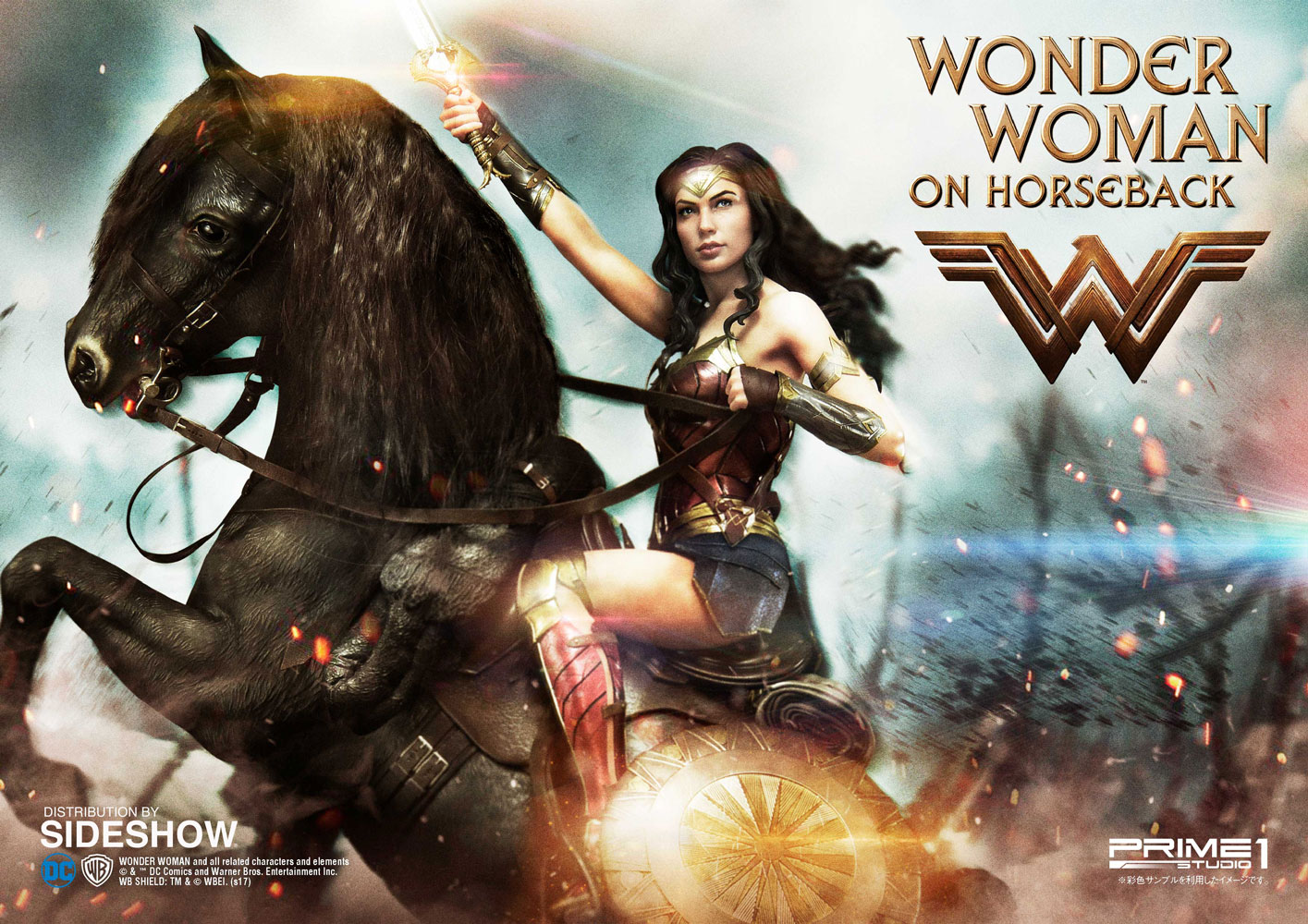 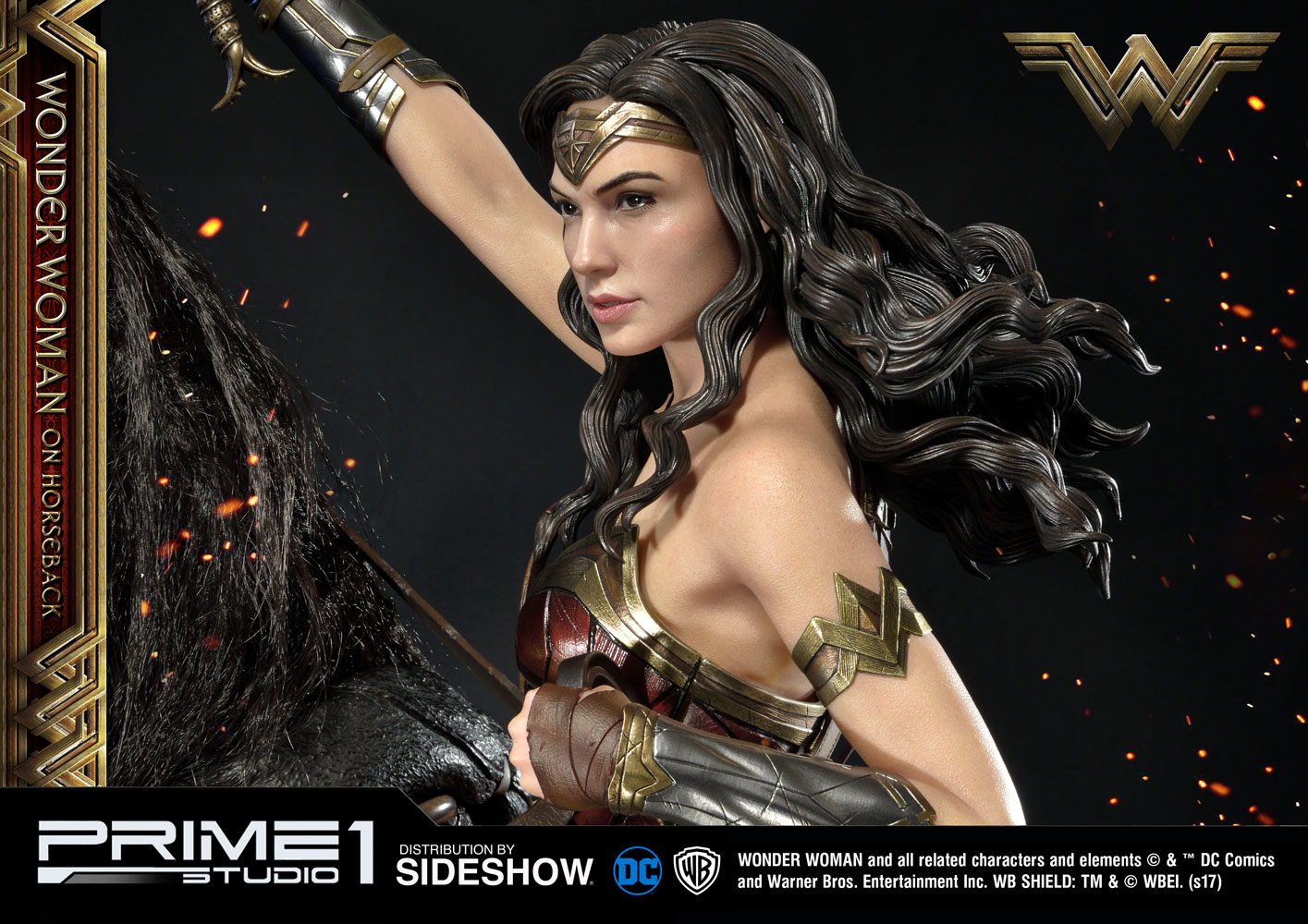 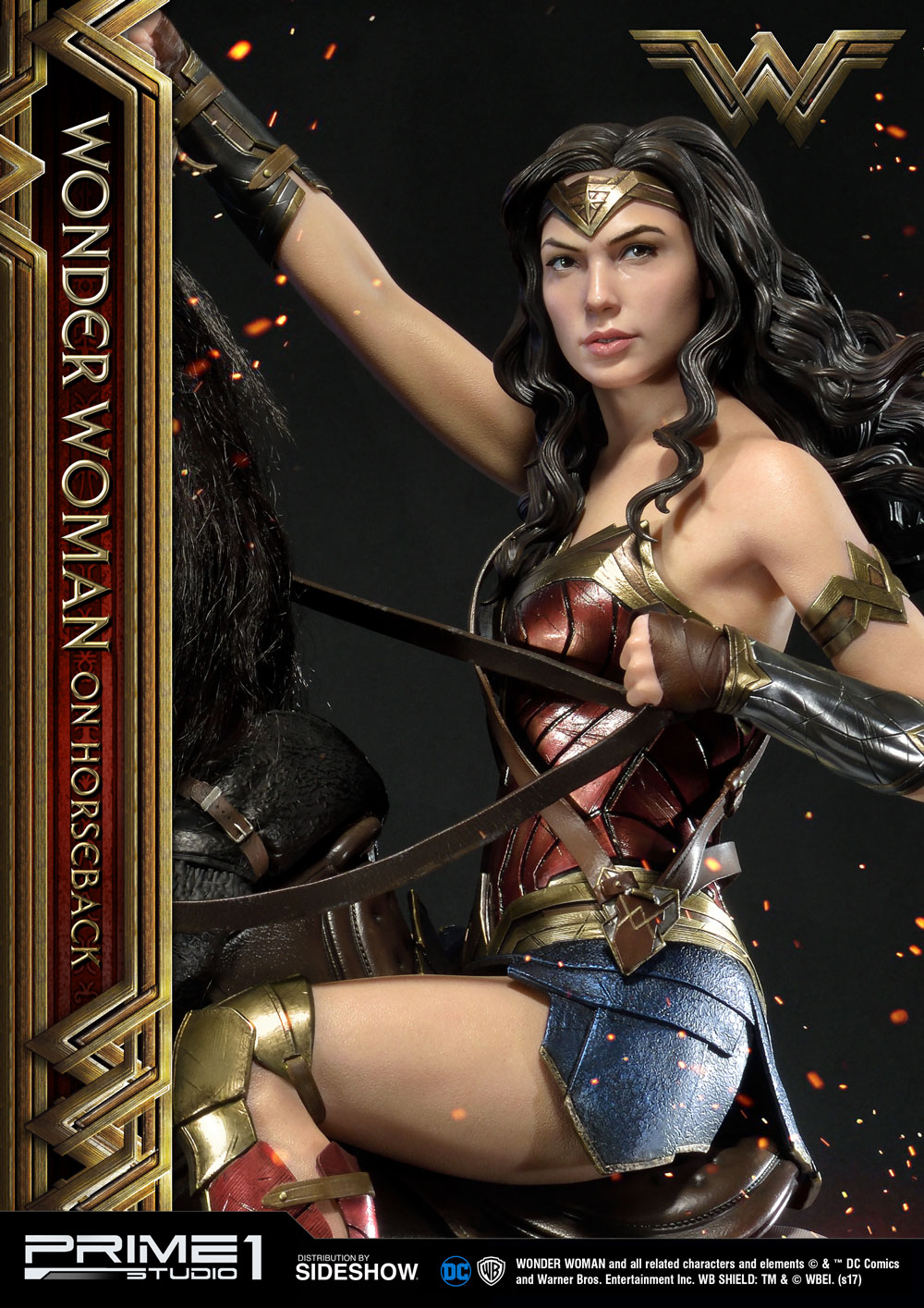 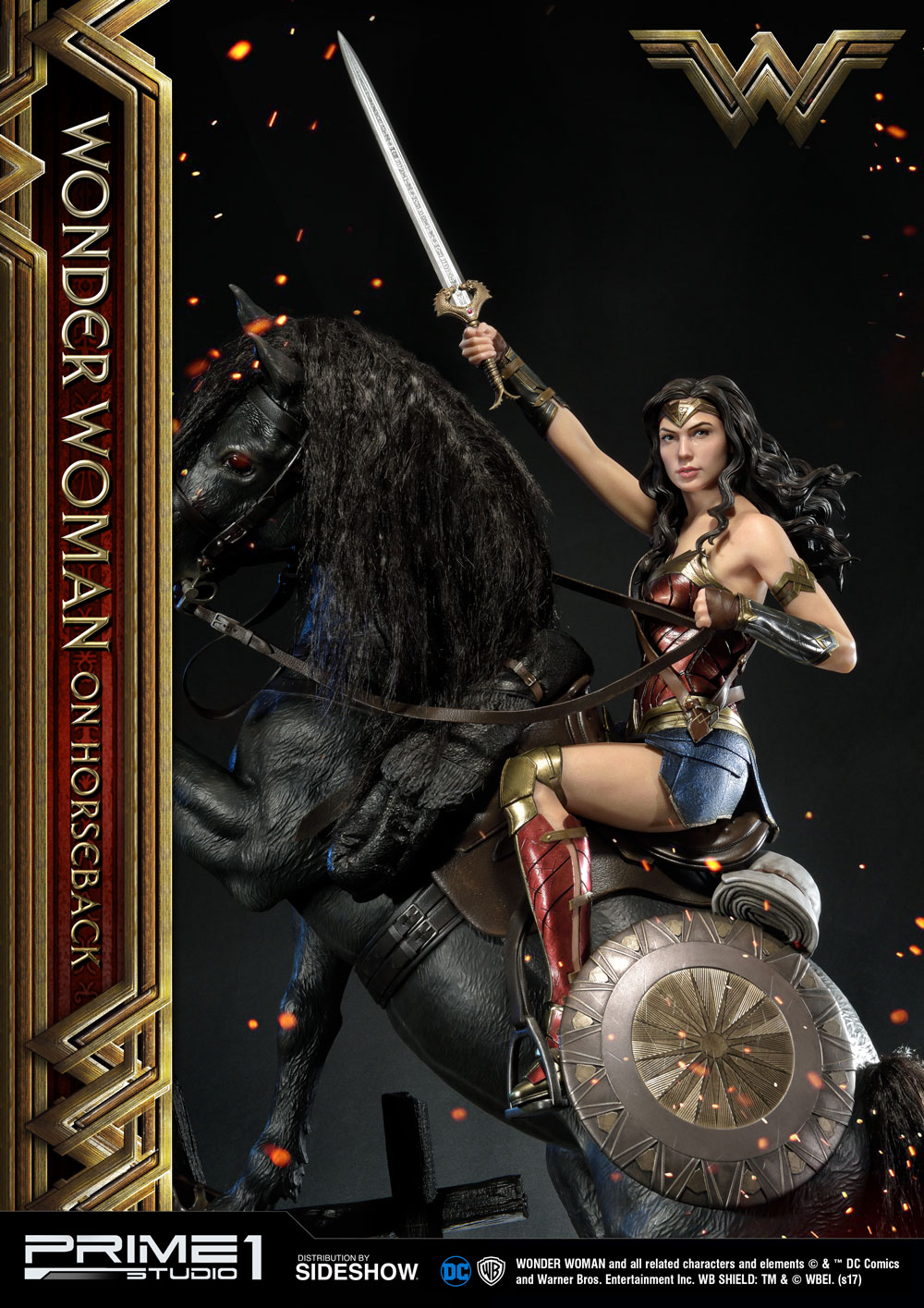 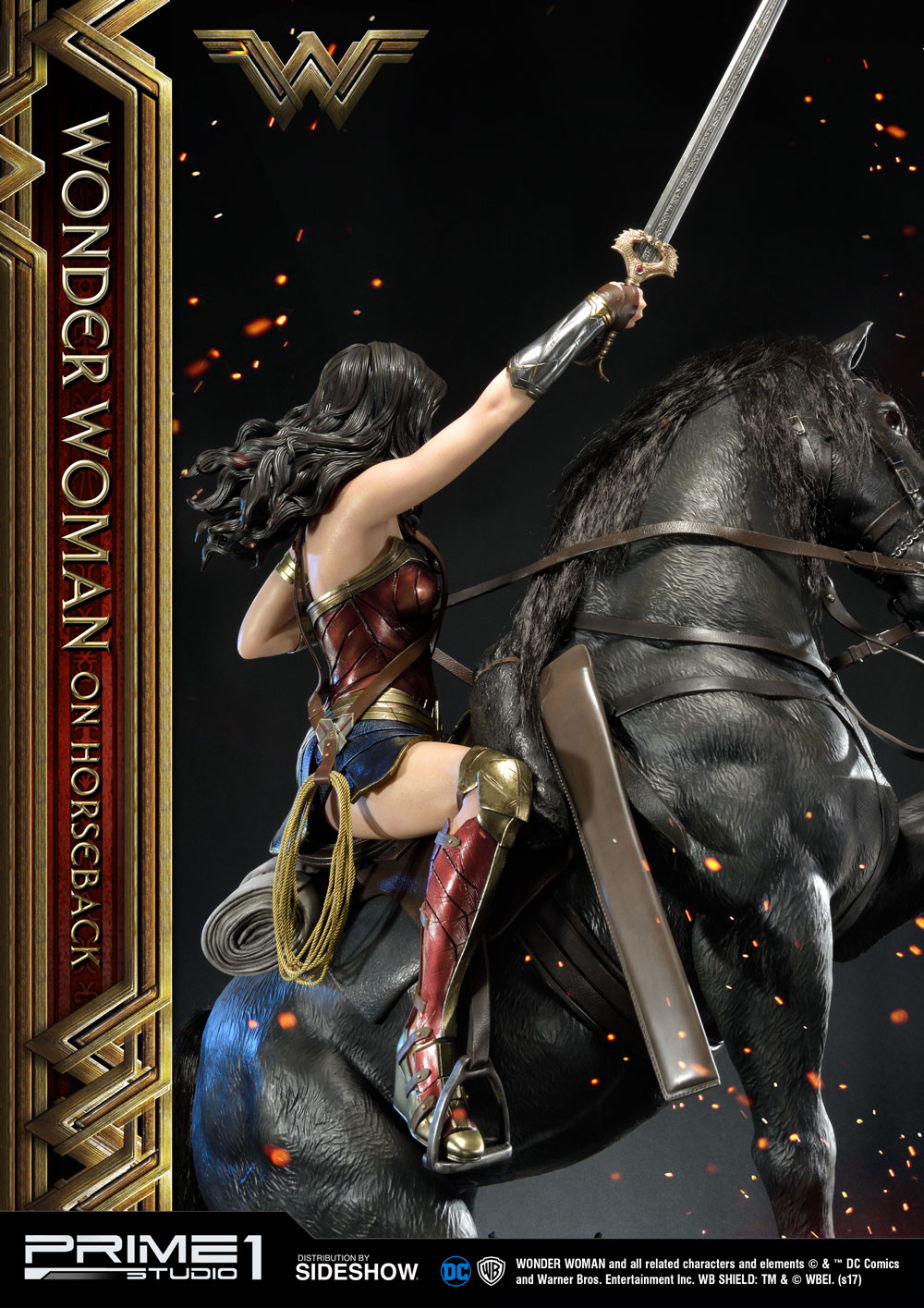 “It is our sacred duty to defend the world, and it’s what I’m going to do.”

Sideshow and Prime 1 Studio are proud to present Wonder Woman on HorseBack from the Wonder Woman Film. Before she was Wonder Woman, she was Diana, princess of the Amazons, trained to be an unconquerable warrior. Raised on a sheltered island paradise, when an American pilot crashes on their shores and tells of a massive conflict raging in the outside world, Diana leaves her home, convinced she can stop the threat. Fighting alongside man in a war to end all wars, Diana will discover her full powers and her true destiny. Wonder Woman is superhero film based on the DC Comics character of the same name and is the fourth installment in the DC Extended Universe. 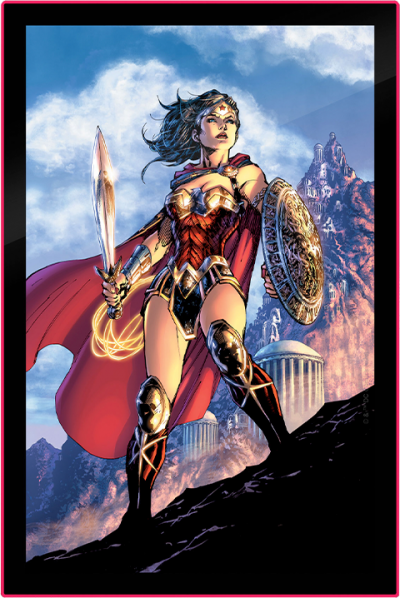 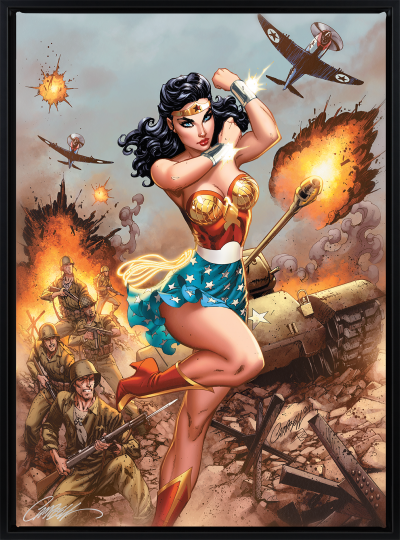 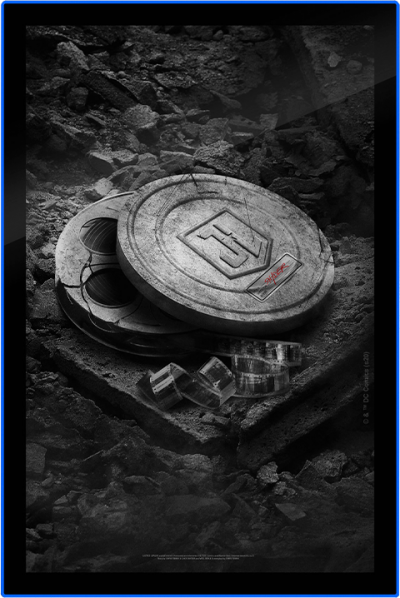 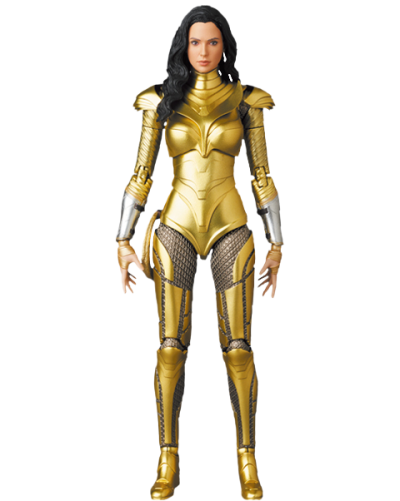