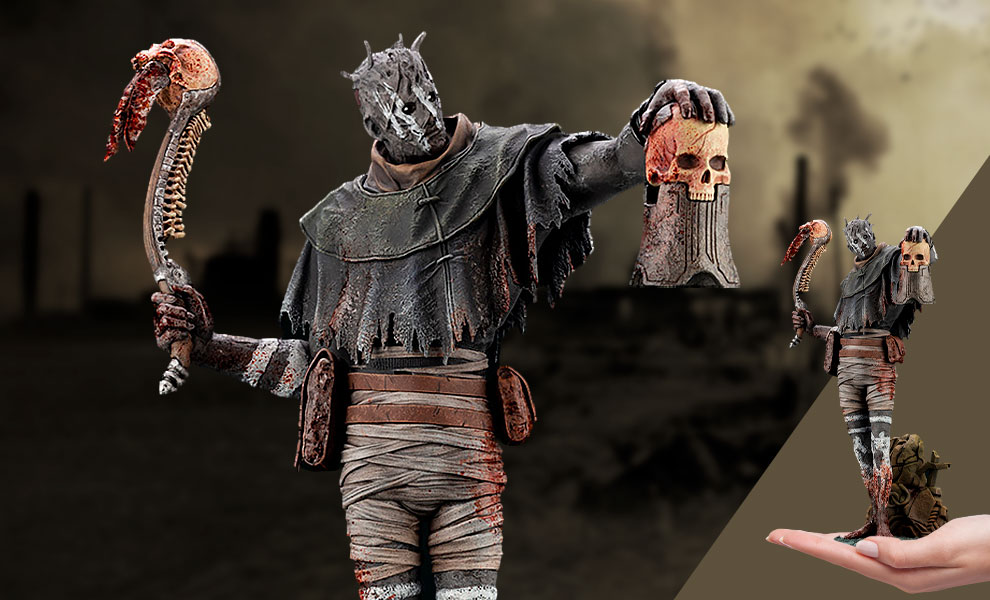 Dead by Daylight The Wraith 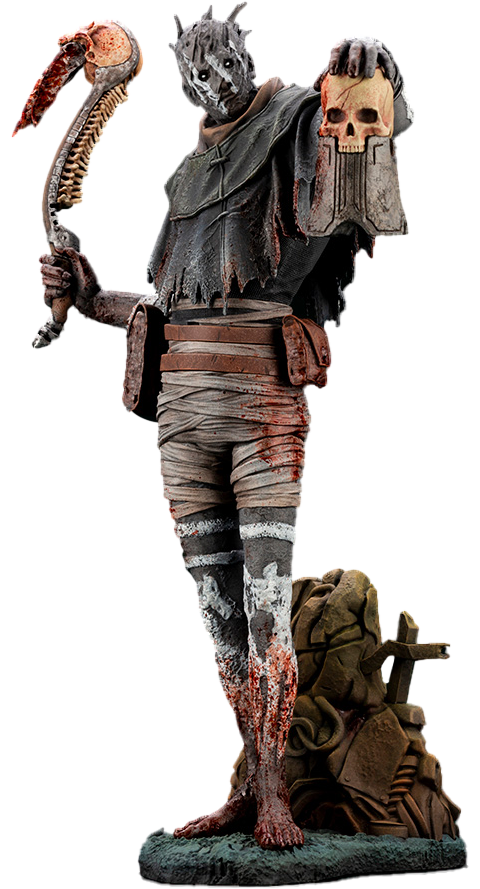 From the groundbreaking multiplayer horror game Dead By Daylight comes a scale figure of the classic killer, The Wraith!

The Wraith comes to life striking his signature weapon, the Wailing Bell. The slender proportions and slightly tilted head of this figure fully captures The Wraith’s unique allure of horror mixed with a little bit of cuteness.

From the texture of the skin reminiscent of bark from a birch tree to the slimy texture of bloodstains, every element and texture of The Wraith is perfectly brought to life in a manner that can only be portrayed in a statue! Even his boss, now a weapon in his hand, is recreated with the finest details.

The base design recreates the characteristic details of The Wraith’s stage, “Autohaven Wreckers”, in the game. With the blood seeping from the cracks of a crushed car, it will surely remind you of the tragedy that occurred and how this killer came to be.

This eerie figure comes to life through the skilled hands of the sculptor MASATO OHATA, who is also a big fan of this series. Together with the addition of Norifumi Dohi (FRANKEN)'s details to the sculpt/paint, every element and texture of The Wraith is perfectly brought to life in a manner that can only be portrayed in a statue!

Display him alongside the previously released The Trapper and The Hillbilly and a forest of mist may spread throughout your room. 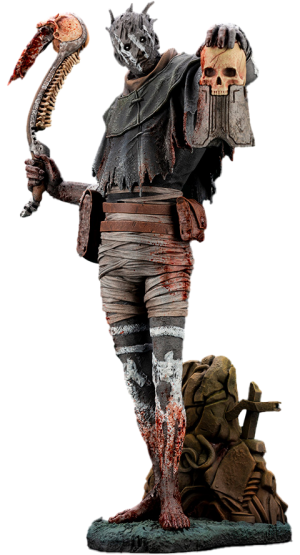