Skip to main content
Looking for a special offer? 👍 Look no further! SHOP ALL DISCOUNTS
https://www.sideshow.com/collectibles/15460 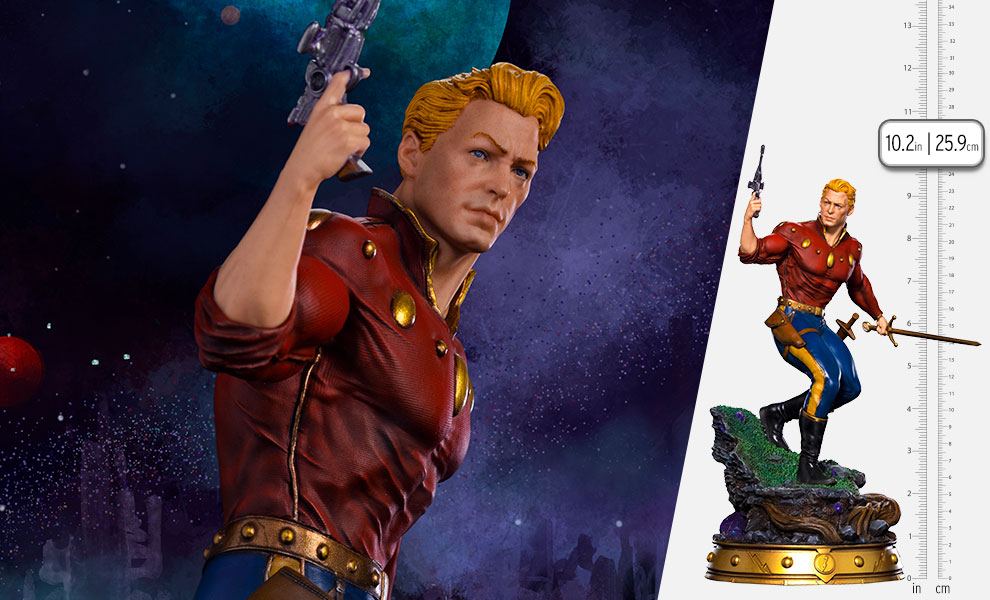 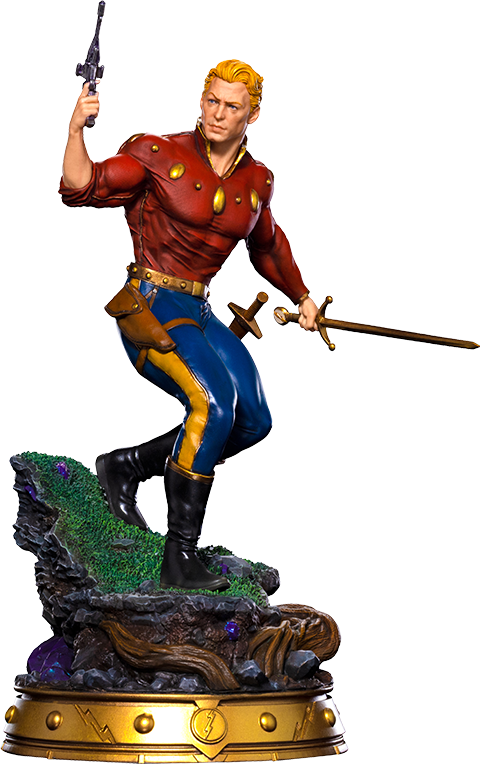 On the dangerous planet called Mongo, the fearless adventurous hero, bent on battling the evil forces of a tyrant ruler, explores the wild wilderness in the forest kingdom of Arboria, looking for new allies to join his rebel forces. Amidst rocks, crystals, and roots of vegetation, he stands watchful, wielding a ray pistol and carrying, or holding, one of his swords, ready to use his combat skills to defend his ideals and bring peace to the peoples of Mongo. The protagonist of one of the best illustrated and most influential comics, Iron Studios proudly presents its "Flash Gordon Deluxe - Art Scale 1:10 - Flash Gordon" statue featuring the classic space hero.

Created by Alex Raymond in 1934 in comics, in newspaper strips, the space opera, which narrates the adventures of Flash Gordon, became a reference, influencing other authors in science fiction to this day, and gaining adaptations in TV and cinema. In the story, while threatening the Earth, a planet called Mongo, ruled by a dictator villain named Ming the Merciless, is visited by a rocket created by scientist Dr. Hans Zarkov alongside his friend and ally Flash Gordon, an adventurous young athlete, and Dale Arden, Flash's girlfriend. For years, Flash and his allies live their adventures in Mongo, traveling through the planet's eclectic ecosystem, discovering different kingdoms and cultures, from primitive people to the most advanced, and Flash Gordon uses his intelligence and leadership to unify the inhabitants against the oppressive regime of Ming.

The piece is already available for Pre-Order, along with the statue "The Phantom Deluxe - Art Scale 1:10 - The Phantom". Flash Gordon is one of the first classic comic book heroes of the 1930s to get a statue by Iron Studios. On a golden base decorated with a lightning bolt, his symbol, the statue has an extra hand, with the option to let him hold his long sword or not.