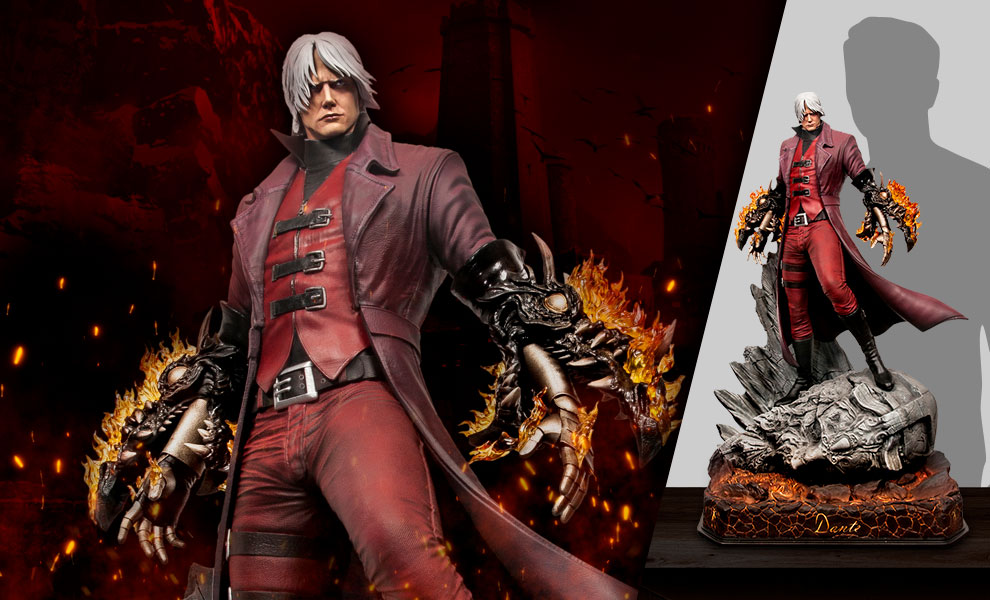 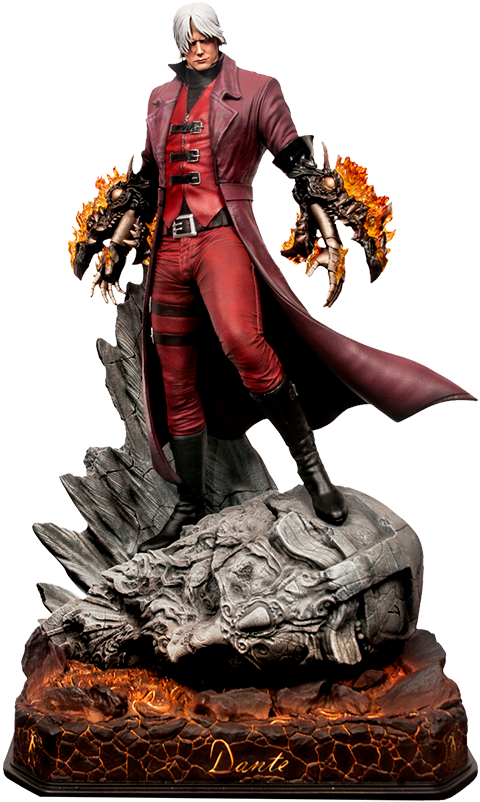 MUNDUS "Again I must face a Sparda. Strange fate, isn't it?"

DANTE "Strange and ironic that it will end the same way."

Dante is the main protagonist of the Devil May Cry series. He is the second son of the legendary Dark Knight Sparda and the human Eva, and the younger twin brother of Vergil. Son of murdered parents, Dante is a vigilante Devil Hunter who has dedicated his life to the pursuit of the Demon Emperor Mundus, whom he holds responsible for the death of his parents. Dante faces a gauntlet of demon minions on Mallet Island, which ultimately culminates in the last battle with the Demon Emperor Mundus. His sword Alastor is a living Devil Arm, also known as “Thunder Sword” and “Spirit of Lightning”. It is one of the keys that can unlock Dante’s inner, unlimited power – Devil trigger mode – releasing the demon blood in his veins and making him a demon of unparalleled strength. After numerous battles, Dante faces the Demon Emperor Mundus, who flies up to the clouds. Dante gives chase, transforming into devil trigger Sparda´s form – and the epic battle begins.

The Artisans of Darkside Collectibles StudioTM with unparalleled quality in art, engineering and craftsmanship proudly bring to life the outcome of this epic battle in an amazing high detail statue.

Beautiful and stylish the statue captures all the detail of the character. A smirk smile expression, classic weaponry, ifrit gauntlets, and classic costume all have been developed with stunning accuracy and detail that will satisfy all DMC series fans.

With multiple poses to choose from, Dante can be displayed using various combinations of his high detailed arsenal and is the first statue of Devil May Cry Series. Vergil will join the fight soon…

With a spectacular finish no matter which angle you look at the statue this is the ultimate Dante. 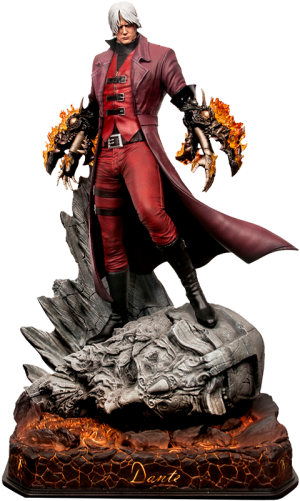