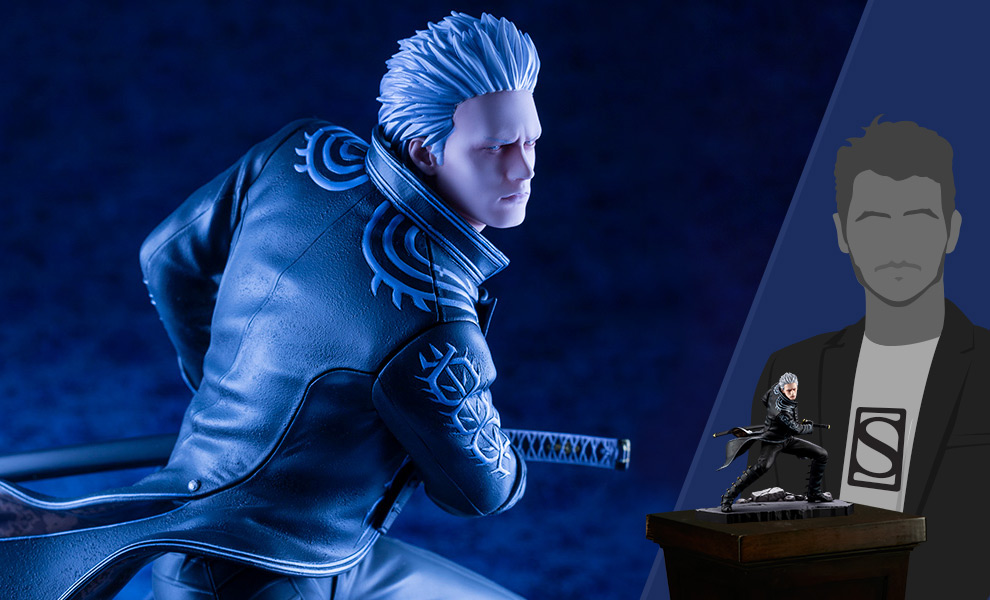 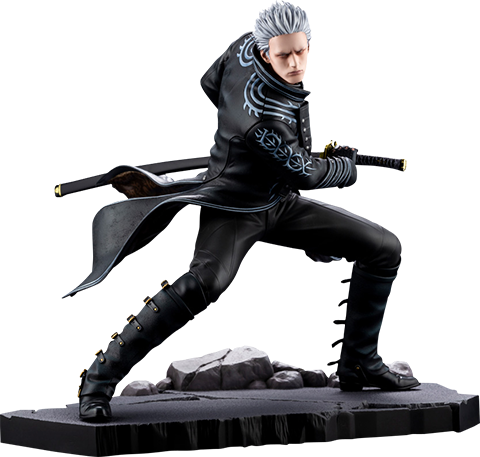 From the latest installment in the stylish Devil May Cry series, Devil May Cry 5, Dante’s twin brother, Vergil, is joining Kotobukiya’s ARTFX J line as a 1:8 scale statue!

With his signature “Yamato” at the ready, Vergil’s pose shows his intent to attack at full force. Much like the previously released ARTFX J Dante and ARTFX J Nero statues, Vergil appears as if he has jumped straight from the game.

Vergil is clothed in all black as can be seen in the game, but the black paint used in the clothing ensures that the shadows and shine in the clothing depicts a variety of black. The detailed and realistic paint and sculpt can be seen in every aspect of this figure; from the texture on Vergil’s boot covers to the coat that looks as though it has a velvety appearance.

Vergil’s “Yamato” does not lack any detail either. From the blade to the hilt, the weapon looks as if it can be used for combat in real life. The strap to the Yamato looks as though it is truly waving in the wind.

A beautifully detailed piece from head to toe, add this statue to your collection to recreate the world of Devil May Cry!