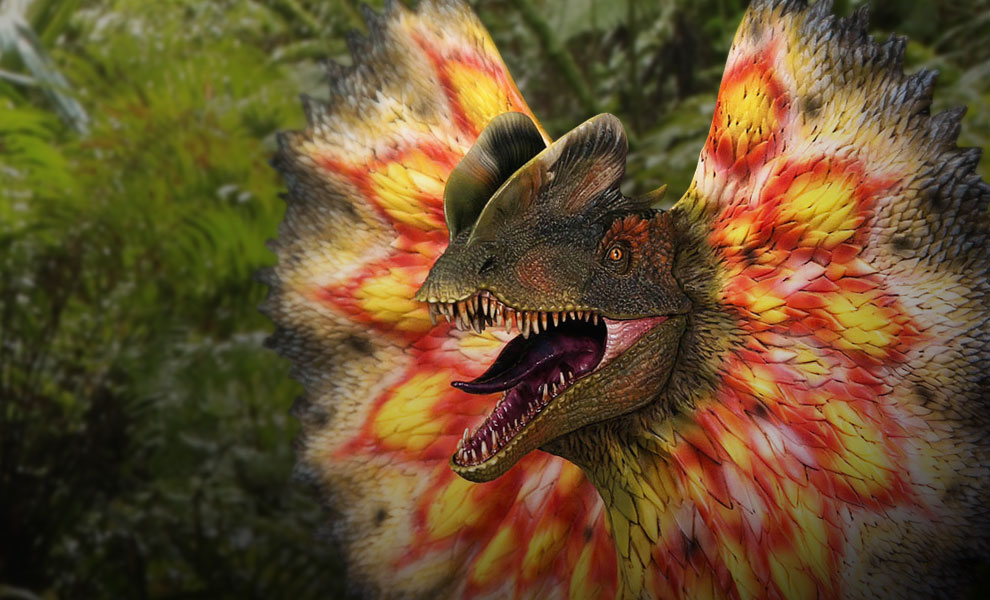 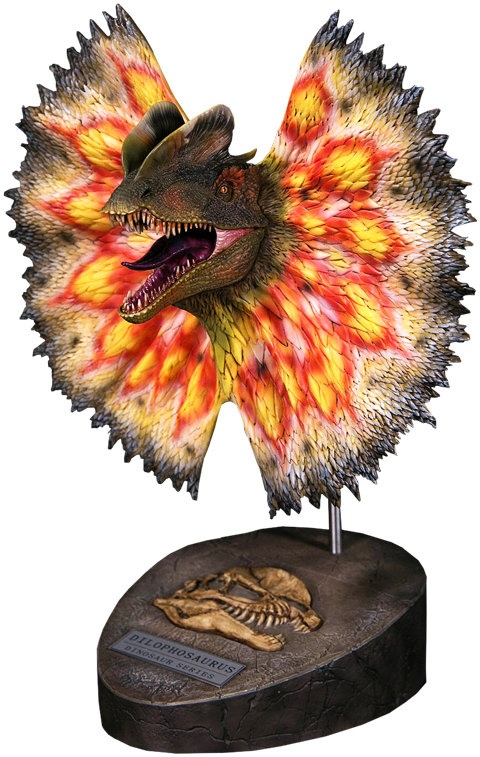 Following their research, the design team of DAMToys did some designing, based on the reconstruction of the Dilophosaurus skull, and came up with a realistic design.

On its neck is a margin skin flap that’s raised for attracting mates, presenting the glorious side of the Dilophosaurus.

For the skin texture of the Dilophosaurus’ head, they have conducted extensive research as well, in order to satisfy dinosaur fans with a product that’s as realistic as possible.

The Dilophosaurus Bust can be placed on a desktop or cabinet, you can also display on a wall. 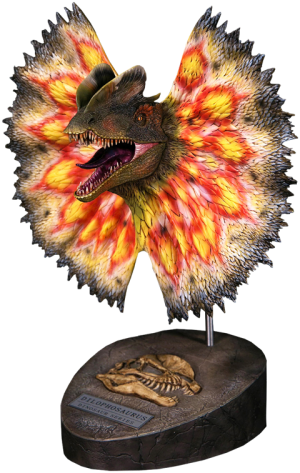