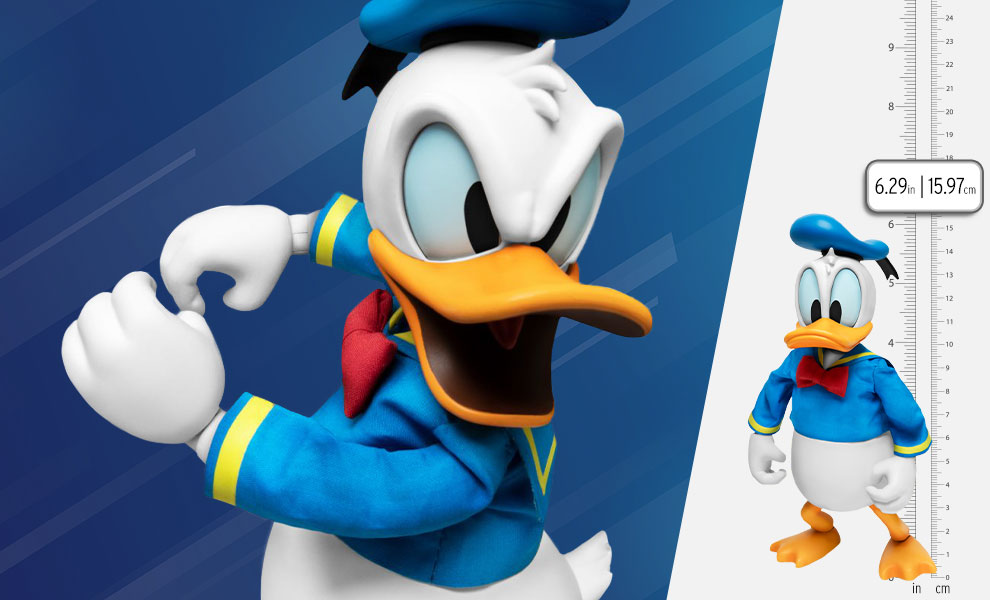 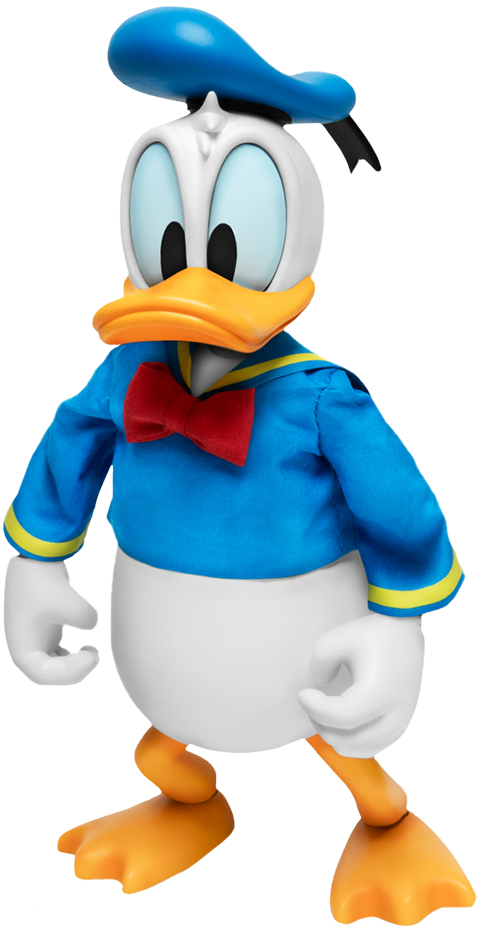 Disney wouldn’t be what it is today without the famous Donald Duck and his sailor-inspired character!

A staple of Disney’s famous line-up, Donald Duck has been in some of the most cherished stories in television, print, and cinematic history! From his cute way of speaking, to his often changeable mood, Donald Duck is a character that is just as famous as Mickey in his own unique way!

Beast Kingdom’s ‘Entertainment Experience Brand’ is therefore proud to introduce the DAH-042-Classic Donald Duck action figure from the ‘Dynamic 8ction Heroes’ range! Get ready for a highly articulable figure, with detailed design and a real fabric costume to boot. A classic take on the now well-known sailor costume and hat that has been ingrained in popular culture.

Accurate design and paintwork showcase the snow-white body and orange beak, with replaceable head, beaks, and hands all allowing for the ultimate in customization!

Want to show off an angry Donald, or maybe a happy duck clasping his hands with joy? The sky is the limit with the Donald Duck action figure, so make sure yours is ordered today!