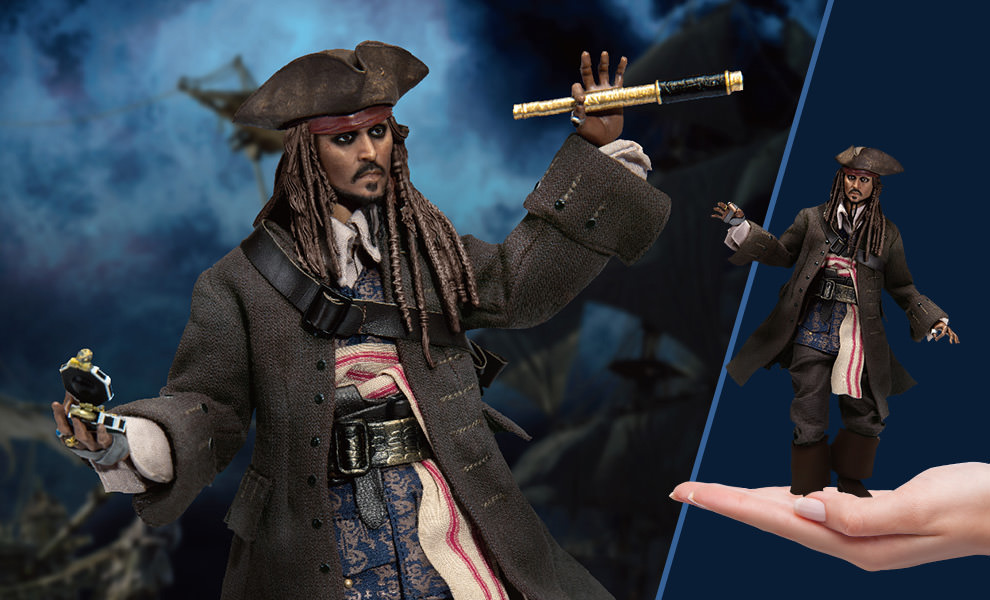 Action Figure by Beast Kingdom 1:9 Scale - Pirates of the Caribbean 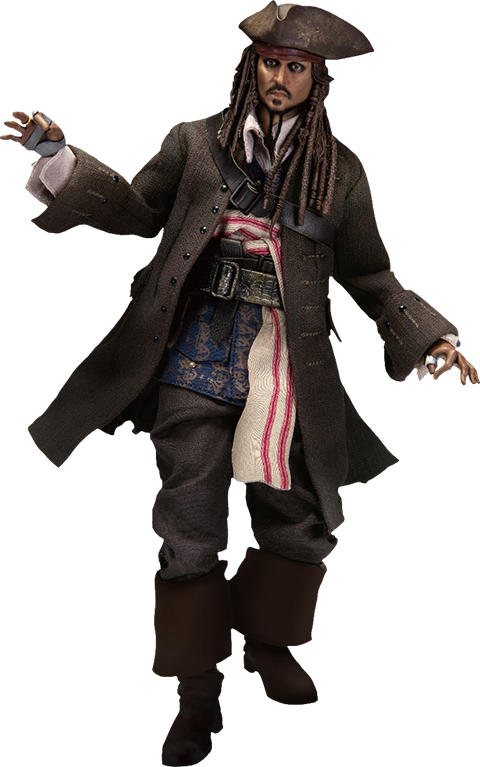 The zaniest pirate to sail the seven seas is ready to take over a desk near you!

Starting off as a Disneyland ride, The Pirates of The Caribbean series has wowed the world with its crazy sea faring escapades with captain Jack Sparrow at the helm since the first movie! Bringing an exciting out of this world personality to the character, Johnny Depp has come to personify Jack Sparrow with an unhinged yet clever performance. With a unique personality also comes a unique character design that has come to be as recognizable as some of the most famous characters in movie history. Beast Kingdom’s D.A.H (Dynamic 8ction Heroes) series incorporates a real life design at 1:9 scale with highly articulable joints.

Taking the Pirates of The Caribbean series and Jack Sparrow, collectors are able to recreate some of the classic sea faring adventures at home! Including 28 joints, a selection of high end material including real cloth for clothing as well as an immense amount of focus on details, the action figure is ready to take on any challenge brought forward by the dastardly pirates!

The D.A.H focus on fine details also means the figure set includes a number of exciting accessories such as a total of 3 weapons, a pistol, long sword and a dagger as well as a telescope, a bottle with the infamous Black Pearl inside, and the famous compass for Jack to find his very own treasure.

Make sure you take home Captain Jack Sparrow and have your very own sea adventures today! Savvy?!