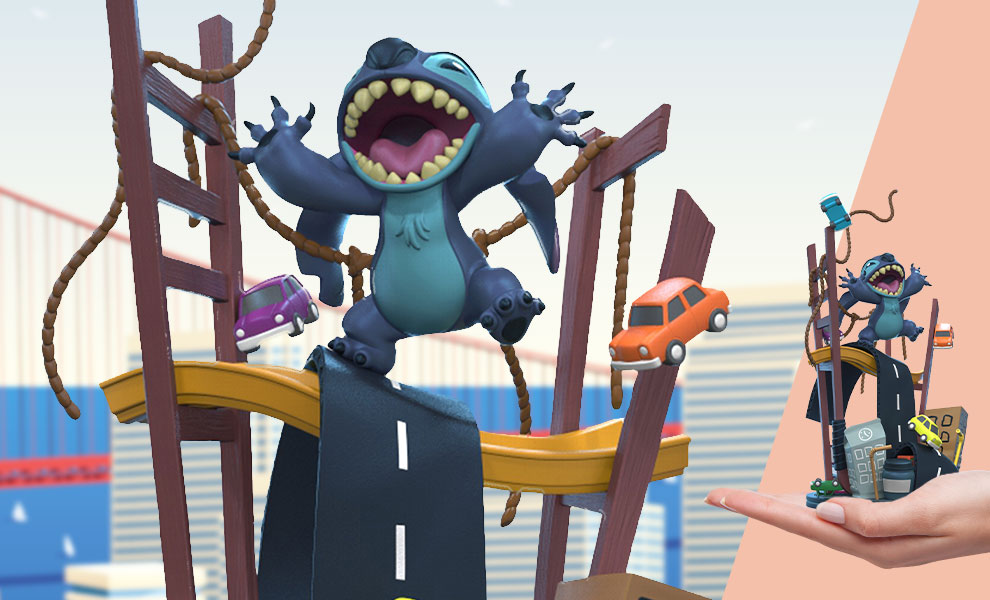 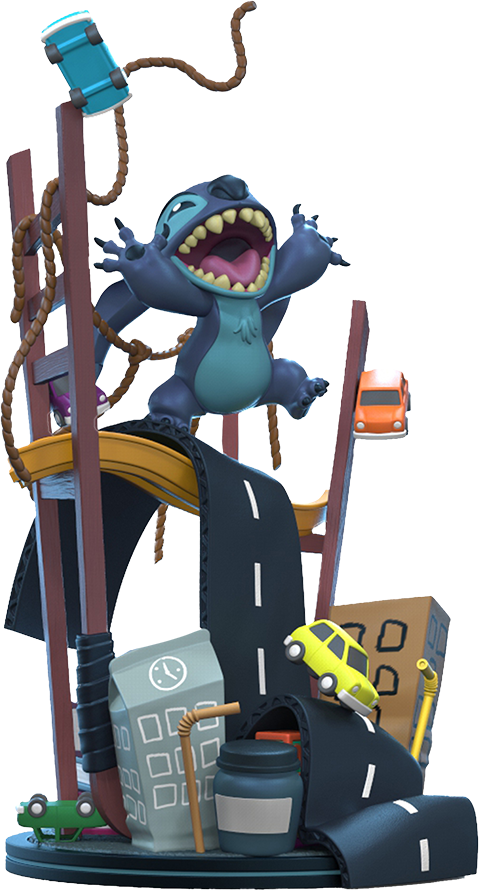 After little Lilo Pelekai adopts the alien known as Experiment 626, she renames him Stitch and does her best to train her new “puppy” with a little help from Elvis Presley. Though Stitch may be cute and fluffy on the outside, he’s constantly battling his destructive impulses. He was designed by an evil genius to be a monster, after all.

The Stitch x San Francisco Q-Fig Max Elite Collectible Figure captures Stitch as he’s indulging his more mischievous tendencies. With an instinct to destroy and a mind like a supercomputer, Stitch builds a model of San Francisco with Lilo’s toys after just glancing at a postcard of the city. Pretending to be a kaiju, Stitch rampages through the tiny cityscape while gobbling up cars and leveling paper buildings along the way. It’s just a little light fun for a genetically engineered agent of chaos. It probably doesn’t help that Lilo fed him all that coffee, though.

Based on the treasured Disney animated film Lilo and Stitch, the Stitch x San Francisco Q-Fig Max Elite will remind Disney fans why they fell in love with this adorable little mayhem machine. No detail was spared in recreating this iconic moment for your collection, down to the cardboard buildings and a makeshift Golden Gate bridge. Stitch sends tiny cars flying in his wake all while grinning from ear to floppy ear. Admit it - you’re making Stitch noises right now while just admiring the classic scene.

The Stitch x San Francisco Q-Fig Max Elite stands at 8" tall from the base of the homemade streets to the tips of the cars and ropes flung high into the air. Sometimes we all have to blow off a little steam, but with Stitch in your Q-Fig collection, you’re sure to smile and remember that ohana means family - no matter what.

Be sure to bring Stitch home today!

If your debating on this well don't this is a beautiful piece to add to your collection. I love it.