Skip to main content
Don't Sith This One Out! Darth Vader Mythos is Up 🔥🔥🔥
https://www.sideshow.com/collectibles/12693 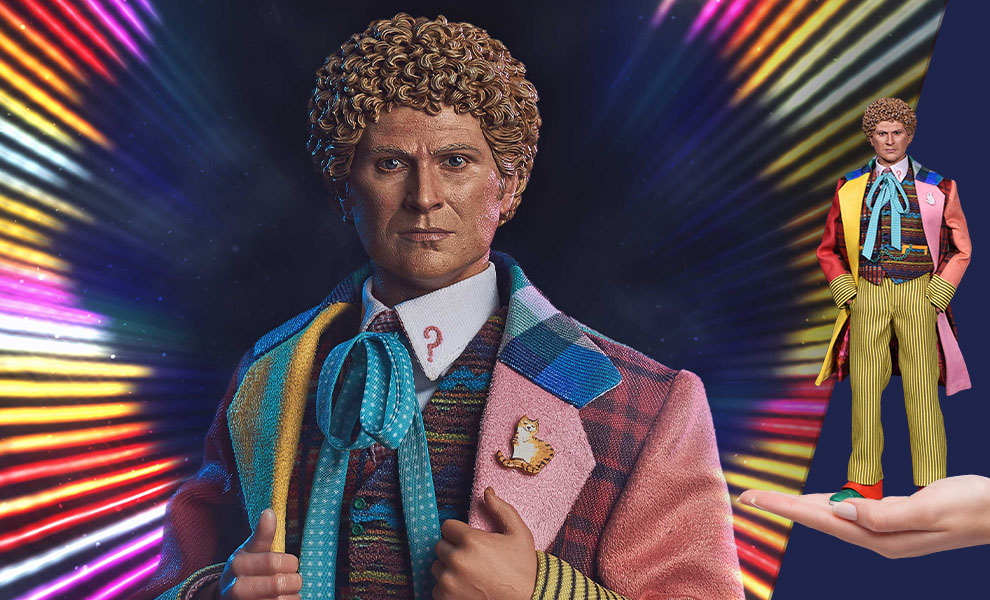 Sideshow and BIG Chief Studios are proud to present the Sixth Doctor figure!

Following a traumatic regeneration, the Sixth Doctor was unpredictable and egotistic, with a total disregard for the feelings of his companion, Peri. When the Doctor’s mental state began to stabilize it became clear that some of his early personality traits were part of who he was, and not simply a brief by-product of the regeneration. He remained pompous and often rude, frequently impatient and about as subtle as his flamboyant clothing. He did, however, reject violence, but was brave and always fought for justice, even when the odds against him seemed overwhelming. Slowly Peri began to trust her friend again and soon the familiar routine of careering around the cosmos, saving planets, and rescuing the oppressed was re-established.

Bursting into your Doctor Who collections, the Sixth Doctor arrives in his multi-colored, multi-patterned, and multi-layered outfit. Vibrant as the universe itself, the Doctor’s costume is the most complex to date. Sporting a fully realized, authentic likeness of Colin Baker, the figure is sure to be a stand-out piece. A selection of accessories and interchangeable posed hands come as standard, as does his light-up display base.

BBC, DOCTOR WHO and TARDIS (word marks and logos are trade marks of the British Broadcasting Corporation and are used under license. BBC Logo © BBC 1996. Doctor Who logo © BBC 2018. Licensed by BBC Studios.