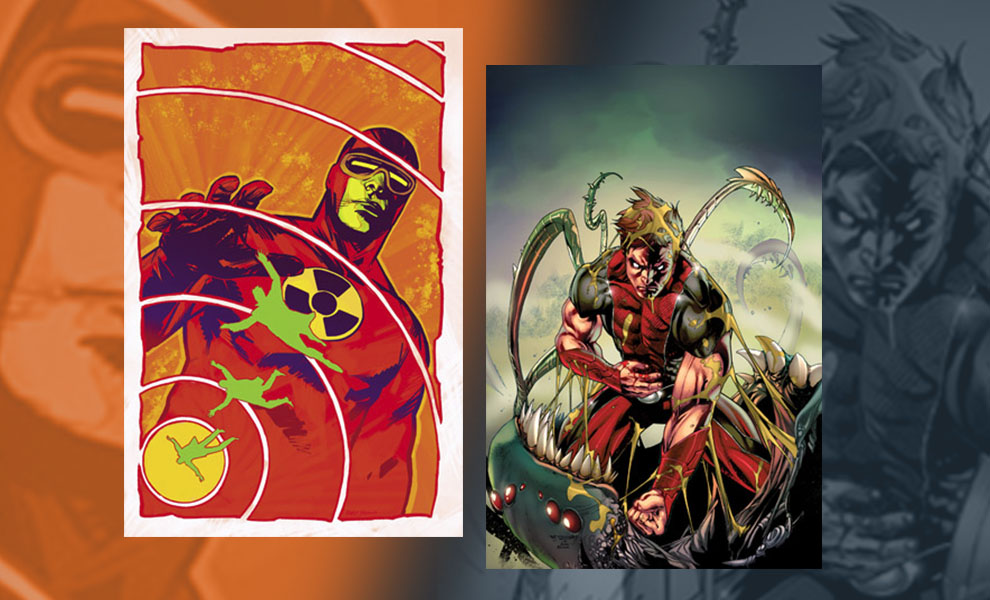 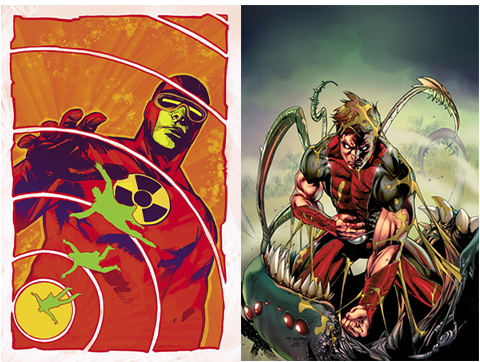 Brown captures the fateful transformation of scientist into superhero on this super-rare virgin variant. Flooded with experimental radiation that grants him unbelievable powers, the brilliant-and-obsessive Dr. Phil Seleski seeks to unlock the secrets of the universe, begrudgingly becoming a "hero" along the way. But can a single man be trusted with near-limitless abilities? What will this mean to the ones he loves? And will his choices lead to utter chaos and destruction?

Garry Brown is a Scottish illustrator currently working in California and has been published in numerous comic books for Marvel, Dark Horse and Dynamite. He graduated from the Joe Kubert School of Cartoon and Graphic Art in 2010.

THE SWARM, is a robotic collective that devours metal and recombines it into modular monstrosities. They cannot be destroyed. They cannot be stopped. But screw it, Magnus is gonna try and punch 'em anyway in this action-packed story! Segovia was able to break into the comics industry at the tender age of 16. Since then, he has gone on to work with several major publishers on a variety of titles, including, Top Cow’s Tokyo Knights and M.I.T.H.; Dynamite Entertainment’s Vampirella, Red Sonja, Battlestar Gallactica and Solar: Man of the Atom; DC’s Countdown to Mystery. His work on DC helped established him as one of the industry’s hot new talents. The Two-Pack Set ships each bagged and boarded with Dynamite Certificates of Authenticity!