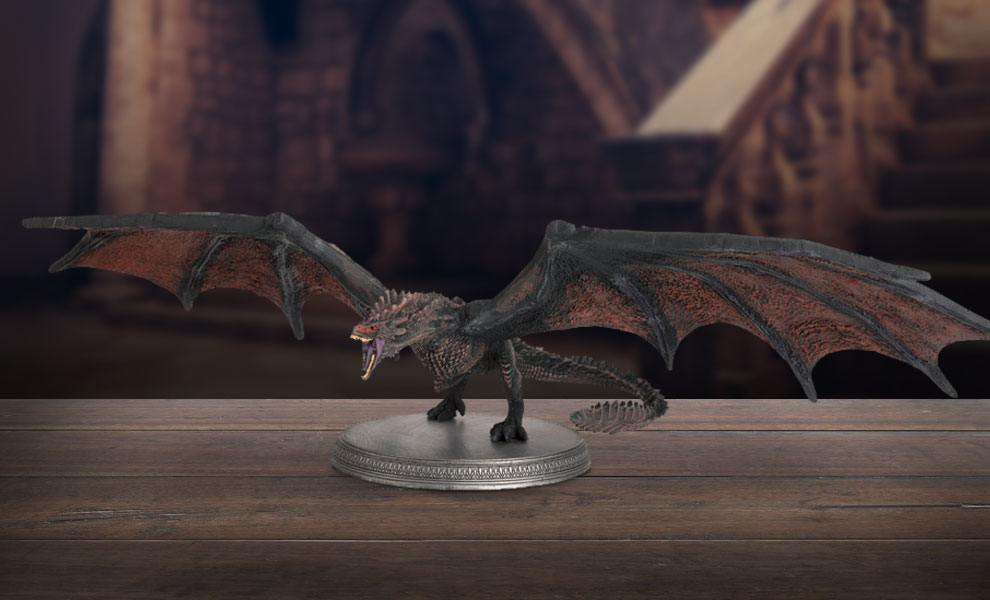 Sideshow and Eaglemoss are excited to present the Drogon the Dragon Figurine from HBO's hit series Game of Thrones!

Daenerys Targaryen was gifted three dragon eggs for her wedding to Khal Drogo. These magical creatures had an innate connection to the Targaryen bloodline, but few expected the eggs to ever hatch – born in the heat of the Khal's funeral pyre.

Noticeably larger and far more ferocious than his two brothers, Drogon was named after Daenerys' late husband, Khal Drogo. He sported black and red scales, with dark red wing membranes. After seeing his mother die in the throne room, Drogon destroys the Iron Throne, scoops her up, and flies away never to be seen again.

Don't miss your chance to add the mighty Drogon to your Game of Thrones collection!