Skip to main content
📦 Last Chance to Save Big for the Holiday! 10-20% OFF Select Items! 🎁
https://www.sideshow.com/collectibles/14898 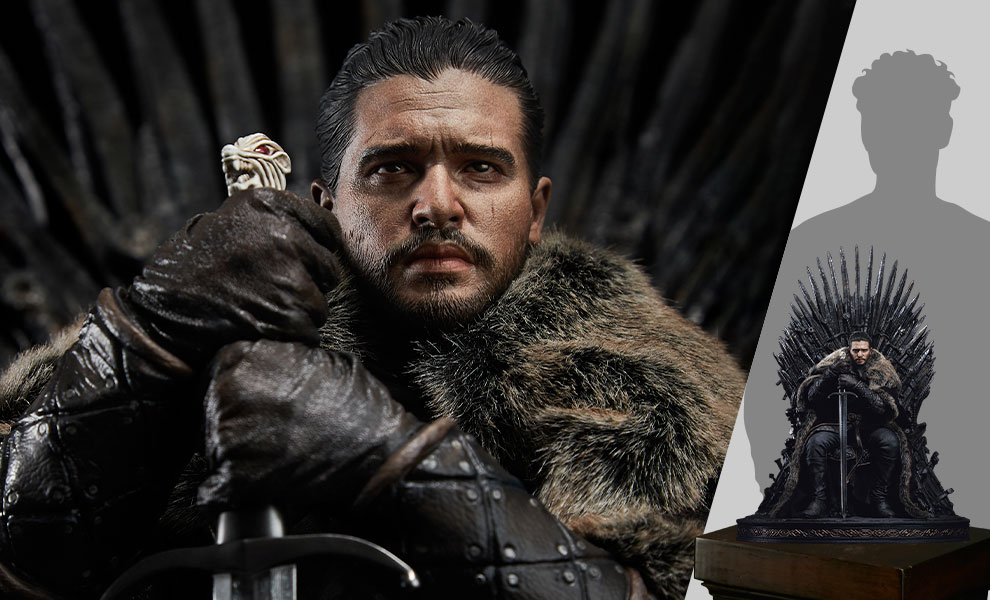 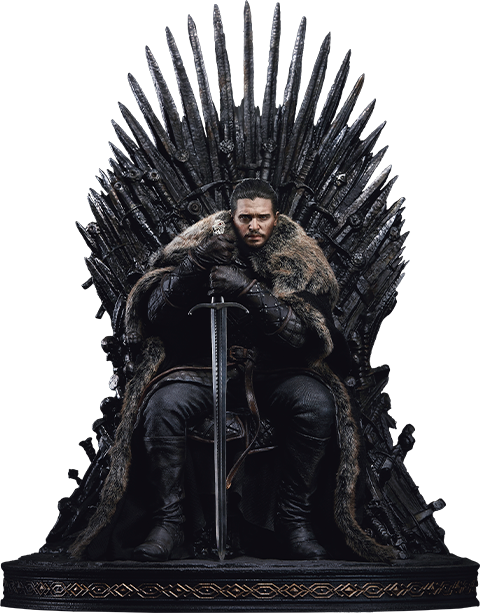 “You all crowned me your king. I never wanted it. I never asked for it. But I accepted it because the North is my home! It's part of me, and I will never stop fighting for it, no matter the odds!"

Prime 1 Studio & Blitzway are extremely proud to present to you the latest addition to the Ultimate Premium Masterline Series: the 1:4 Scale UPMGOT-03: Jon Snow from Game of Thrones!

He’s known by many names: The Bastard of Winterfell, Lord Snow, The White Wolf...Aegon Targaryen. But Lord Crow worked his way into our hearts and minds as Jon Snow, bastard son of Eddard Stark, King in the North. And finally, Prime 1 Studio, in collaboration with Blitzway, brings him to you in all his brooding moodiness. Although seated at 24 inches tall, this Game of Thrones masterpiece demands to be displayed in a central place of honor. In this statue, the Warden of the North sits uneasily on the Iron Throne, resting his grip on his mythical sword of Valyrian steel, Longclaw: Lord Commander Jeor Mormont’s present to Jon for saving his life.

Blitzway’s incredible artisans have brought Lord Snow to a never-before-seen level of unrivalled realism. All you need to do is stare into Jon’s face, and you’ll unnervingly realize that he is staring right back at you. There has always been a melancholy, an undercurrent of pain in Jon’s face and Blitzway manages to capture this perfectly. His hair is meticulously coiffed in the slicked-back style The Black Bastard of the Wall prefers. His multidimensional eyes express concern and determination. From his pores to his well-manicured beard, you will not get tired of looking at The Prince That Was Promised.

His seated statue is wrapped in a fabric cape that is typical of his usual ensemble for the North. (And if he looks too hot to you, then feel free to remove the cape and set it aside for it has been designed to be removable!) His leather armor is replete with intricate detailing that Blitzway followed from show reference to a tee: from his quilted undergarment to his weathered bracers, and leather straps. There are so many things that sing to Blitzway’s magnificent artistry.

Marvel at the beautiful scrollwork on Longclaw’s blade. The etching is sharp and precise, as it also looks like the blade could cleave you in twain. As an added feature, we have engineered this Jon Snow statue to allow you to separate The King of The North from the Iron Throne. We have anticipated that some of our most passionate fans might want to display the Iron Throne by itself, so we have delivered.

Add this to your Game of Thrones Collection today! 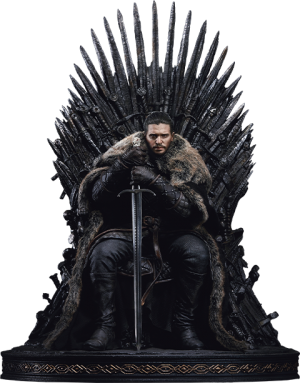