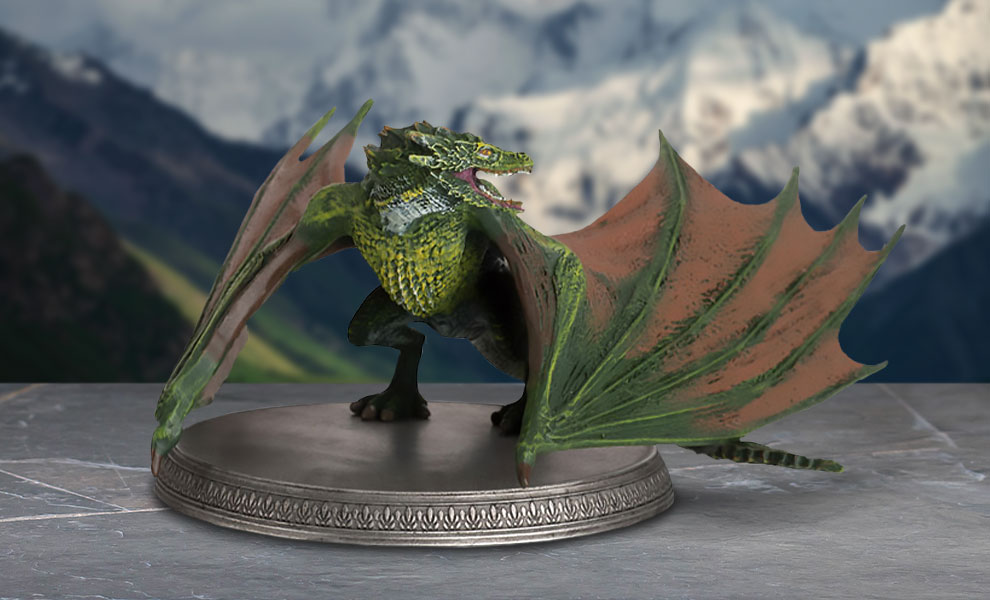 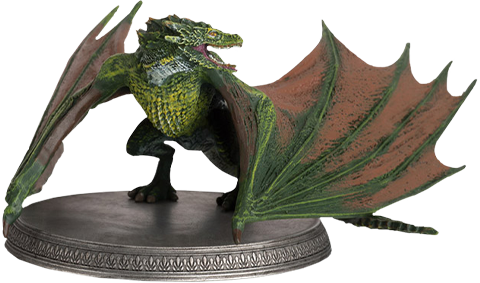 Sideshow and Eaglemoss are excited to present the Rhaegal the Dragon Figurine from HBO's hit series Game of Thrones!

Daenerys Targaryen was gifted three dragon eggs for her wedding to Khal Drogo. These magical creatures had an innate connection to the Targaryen bloodline, but few expected the eggs to ever hatch – born in the heat of the Khal's funeral pyre.

Calmer than his two brothers, Rhaegal was named for Daenerys' oldest brother, Rhaegar Targaryen. He is seen with green and bronze scales, with bright orange wing membranes, and eventually is killed by a scorpion bolt during the Battle of Winterfell.

Don't miss your chance to add the mighty Rhaegal to your Game of Thrones collection!