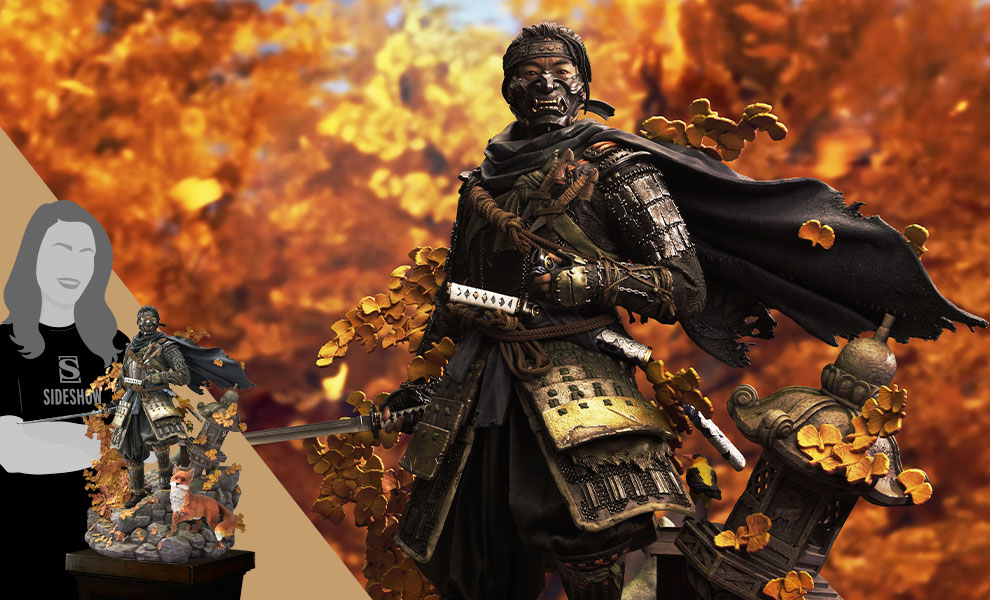 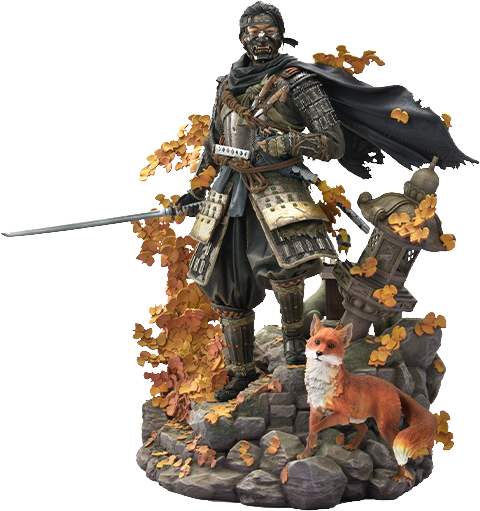 Jin Sakai is the main protagonist of Ghost of Tsushima. He is a Samurai who has been plagued by tragedy and the Khotun Khan invasion of his homeland, Tsushima in 1274. Jin is a stoic Samurai who has learned to control his emotions, he is a Master of the Art of the Samurai, as well as the mysterious “Ghost” tactics that he must use in order to defeat the Mongolian Army.

Absolutely jaw-dropping, Ghost of Tsushima is one of the most visually-striking games this year and this 1:4 scale representation of The Ghost lives up to that standard. Lord Sakai stands 23 inches tall upon an awe-inspiring windy Tsushima atmosphere, with many elements from video game to fully bring the feeling of 13th century Japan to your collection. The Ginkgo tree leaves move elegantly in the wind as Jin stands at an Inari Shrine with his friendly Golden Bird & Fox companions. He wears the Executioner’s Penance armor and holds the Sakai Katana in a pose that would strike fear in any Mongolian invader.

We have taken the utmost attention to detail into bringing you our first Ghost of Tsushima statue. A true phenomenal masterpiece, this statue will be your favorite for years to come. Enjoy the prodigious feeling that the Ultimate Premium Masterline Jin Sakai will bring to your collection.

An absolute must-have for Ghost of Tsushima fans everywhere. 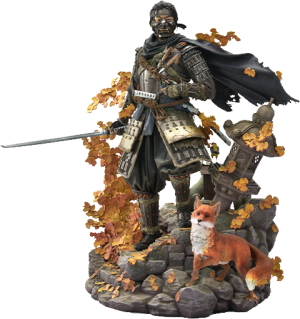