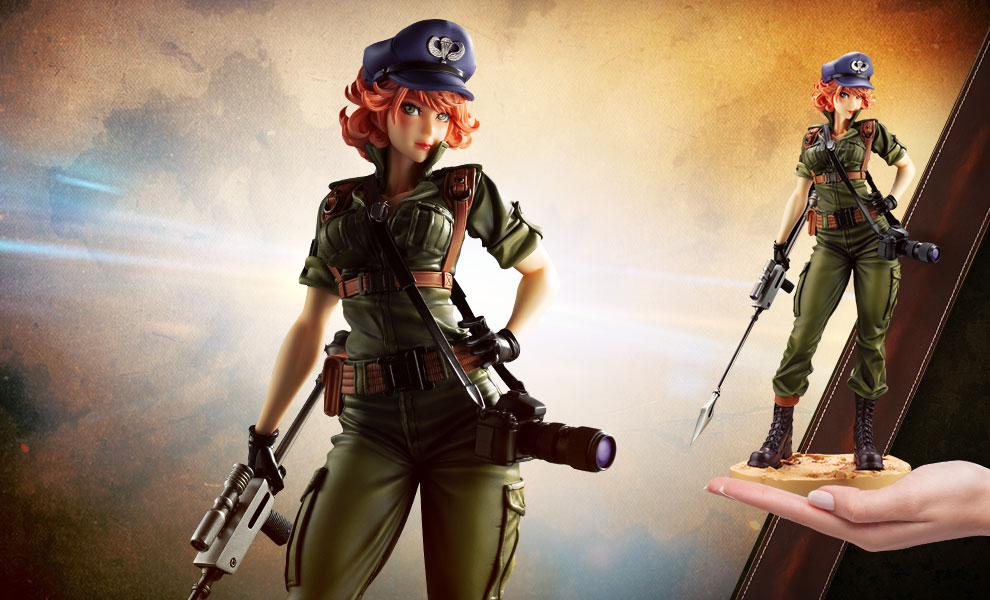 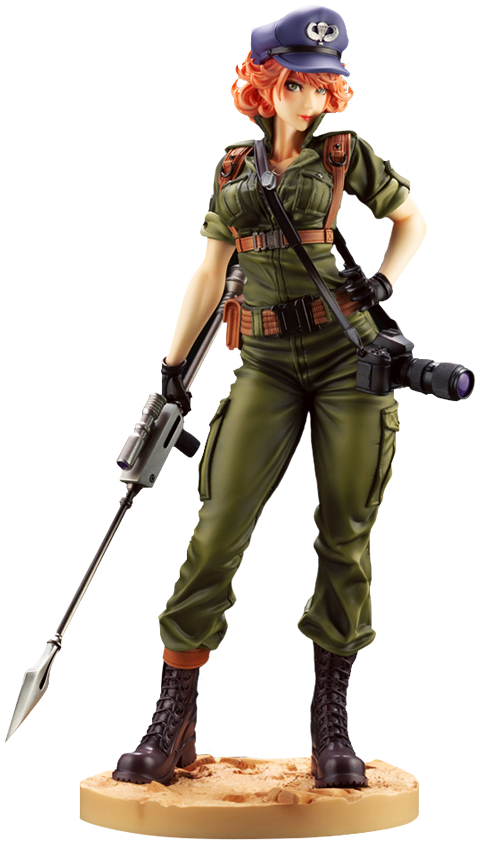 The world’s first series of action figures created by Hasbro, G.I. Joe follows a group of heroes in their fight against Cobra, an evil organization plotting to take over the world. In this line of 1:7 scale statues, the colorful characters of G.I. JOE are reborn as Kotobukiya’s BISHOUJO!

The third character to join the series is an agent from the global elite special unit known as the G.I. JOE team: her name is Lady Jaye! The statue is based on original art by Shunya Yamashita, which was specially created as concept art for the BISHOUJO statue!

Lady Jaye is a professional who can stay undercover in any covert operation with her accomplished linguistic and mimicking abilities! The power javelin and surveillance camera replicas that were included in the original rendition of the Lady Jaye action figure are also included with this statue.

This statue reimagines the olive-colored uniform from the original action figure fans have come to love. Despite the simple design of the uniform, the details in the sculpt and painting of the clothing down to the small accessories like the camera brings this character to life.

This high quality digitally sculpted statue leaves no detail untouched thanks to the expert hand of sculptor Takaboku Busujima (BUSUJIMAX)! The digital sculpting brings out a realistic look and feel like no other. The packaging of this statue can also be reassembled to look like the original packaging of the G.I. JOE action figures.

Add this to your collection today!

G.I. JOE and all related characters are trademarks of Hasbro and are used with permission. © 2019Hasbro. All Rights Reserved. Licensed by Hasbro.