Skip to main content
Let the Celebration continue! 🤩 Save Up to 20% on our best Star Wars items!
https://www.sideshow.com/collectibles/14329 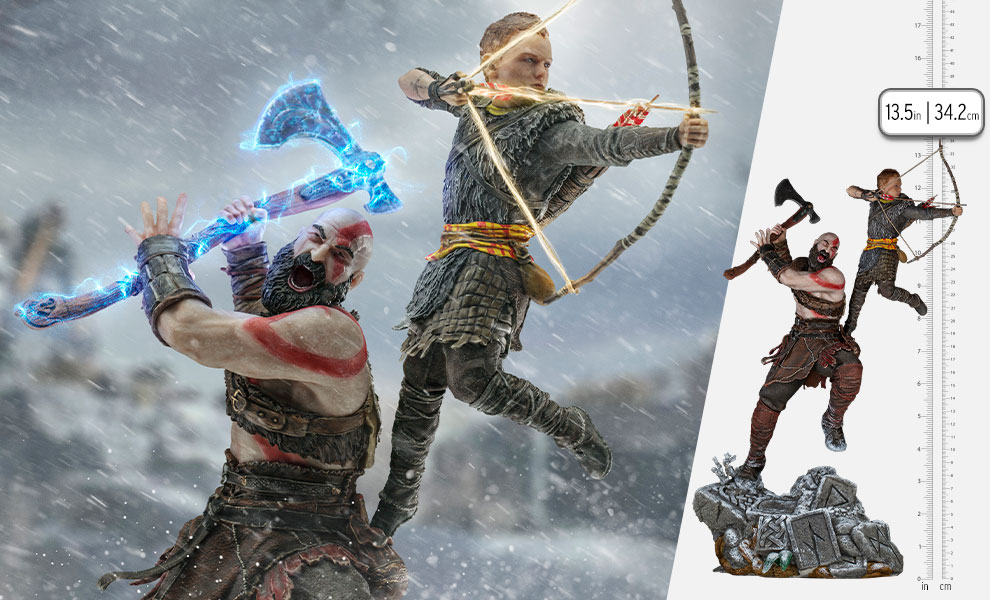 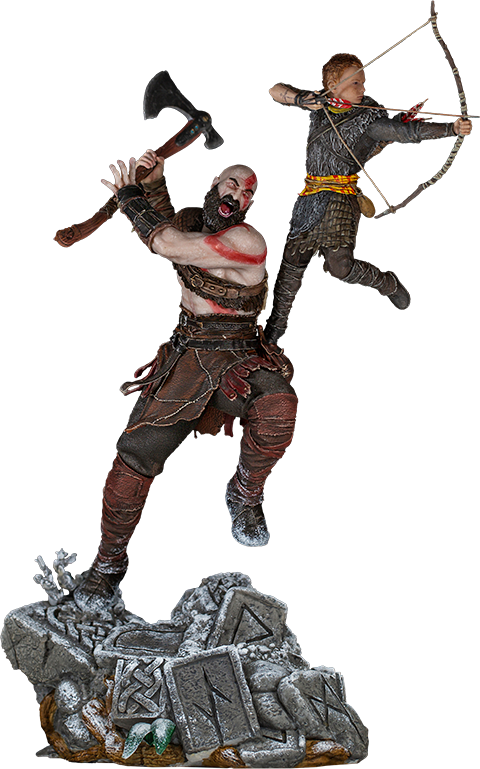 Over the ruins of an icy Nordic battlefield, the ruthless Greek demigod, once known as the Ghost of Sparta, leaps into combat holding his magical ax, Leviathan, with a furious expression on his pale face, marked with a red tattoo, to honor his brother. The statue of the Greek warrior features clothes more suited to the Scandinavian environment, quite different from his Spartan origins, with his son and ally, right by his side. The boy, who uses his father for support, jumps and pulls his bow to shoot one of his electrified arrows. Iron Studios presents its new statue "Kratos and Atreus BDS Art Scale 1:10 - God of War" featuring the series' anti-hero protagonist and his son, as seen in the game God of War (2018).

The Spartan warrior, Kratos, had many adventures in the Greek era, such as avoiding the outbreak of major disasters and alter his destiny. With a fierce and arrogant personality, he faced the gods of Olympus and ended up being manipulated by the god Ares. The result of this was that when Kratos discovered he was one of Zeus' many sons, he took revenge by killing his half-brother and becoming the new God of War - the title of the video game franchise in which he is the protagonist.  Also betrayed by his father, his vindictive nature led him to destroy Mount Olympus. Tired of this trajectory of revenge and destruction, Kratos began to wander the world in search of a new life and, upon arriving in Scandinavia, changed his mindset thanks to his second wife Laufey and, later, his son, Atreus. He was able to control his fury and act in a much more loving way towards his son, but due to his warrior nature, after Laufey's death, he had to face and fight monsters and gods from the Nordic kingdom, preparing his reluctant son for the future as well.

Created by David Jaffe in 2005 and first seen on the PlayStation 2 and Sony franchise, the iconic video game saga of God of War has made Kratos one of the most popular characters in gaming pop culture, acclaimed by audiences and critics as one of the best new characters from the 2000s, gaining adaptations in novels, comics and of course, his own line of collectible statues by Iron Studios.

God of War is a trademark of Sony Interactive Entertainment LLC. 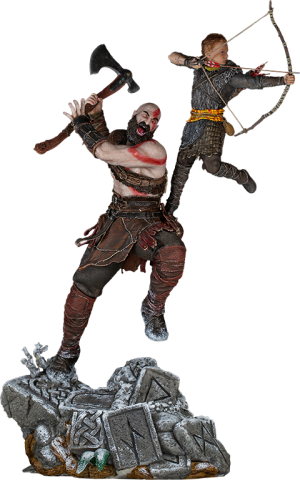