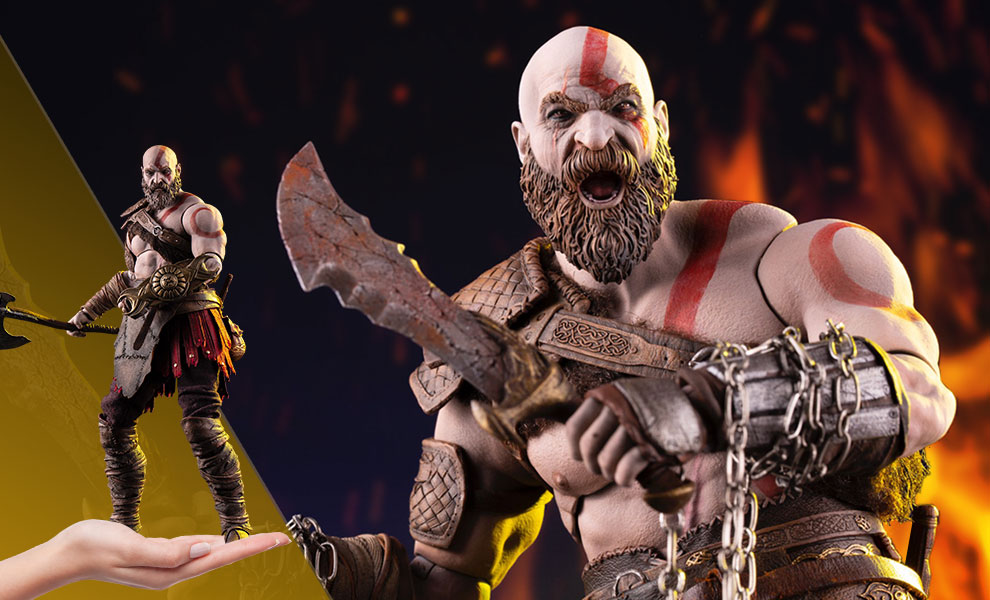 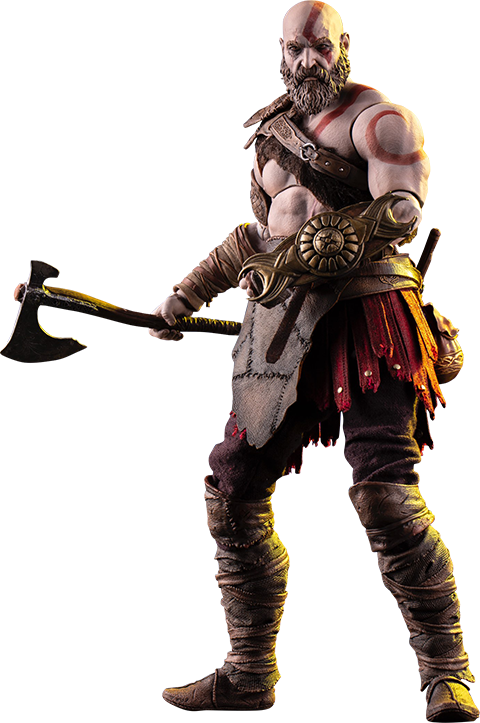 From the heights of Mt. Olympus, to the shores of Midgard, Kratos cleaves his way into sixth scale for this first time! This deluxe figure features over 25 points of articulation, real fabric belts, pants, apron, and ptergues. In addition to Mimir and the Leviathan Axe, Kratos features several weapons, such as his Blades of Chaos with chains, interchangeable heads, hands, and much more!

It’s absolutely breathtaking. The promo pics don’t serve it justice. God of War is my favorite franchise in Video Game history. I rank it 1st ahead of Metal Gear and Grand Theft Auto.
This guy is my first Mondo figure. I have been very impressed with online video reviews of their Masters of the Universe Line. This figure is clearly the next step in their 1/6 evolution. Bravo Mondo. Now let me tell you about a couple of details that stand out immediately out of the box. First, I’m telling you about my one tiny gripe. There is an orange string on his belt, seen clearly on the promo pics. It’s for attaching the ashes pouch. Mine didn’t have it. And I have watched other reviews on YouTube, and it’s not there either. Even so, it’s still very nice to have, even if you can’t use it. It’s not a dealbreaker whatsoever. But I thought is nice to know.
Moving on.
Its very sturdy (and stiff), so you need to be gentle while you find your pose.
It also feels substantial in your hands. It’s heavier than the usual figures of the same size from other brands. It feels expensive! Even if you are not a fan of the franchise, this guy can stand alone as an amazing Viking Warrior. It’s full of accessories, and all of them are beautiful and well crafted. Everything is well crafted. The tailoring, the paint job everywhere. It’s literally a top of the line acquisition. And I would say, that for the price, it’s a bargain. 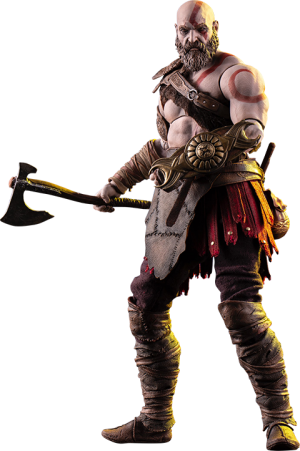