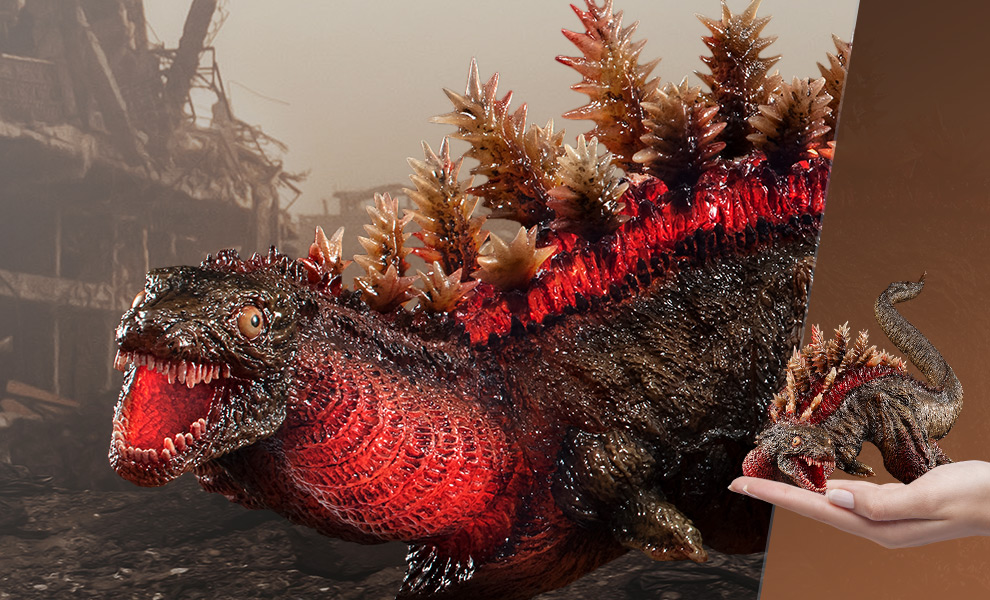 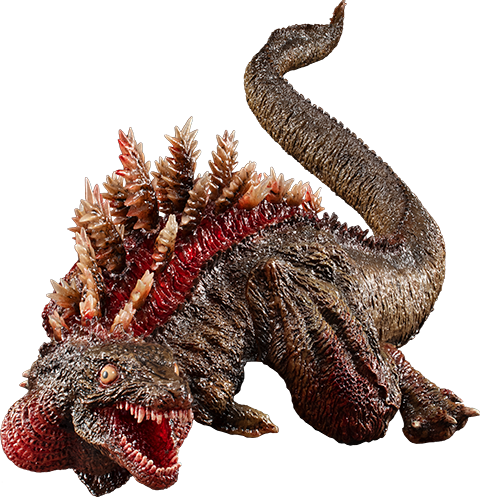 The King of the Monsters reigns supreme, and returns to the Art Spirits elite Hyper Solid series! This was the first evolution of Godzilla from a mostly unseen form, and it was quite a departure from the familiar shape.  While Godzilla (Second Form) stands on two legs it is very long and low to the ground, walking on two thick legs.  The kaiju has stubby vestigial arms, a long, thick tail, and a dinosaur-like head accented with gigantic eyes with huge pupils.  Godzilla in this from is further differentiated by its multiple rows of spiky dorsal spines and gill-like structures on its neck that produce a red fluid.  The high-quality Art Spirits statue of GODZILLA (2016) SECOND FORM is a perfect miniature replica of the movie creature with a highly detailed sculpt and stunning paint applications capturing the textured brown hide, bone-colored spikes, and of course the eerie red glow emanating from within its body like a powerplant.  GODZILLA (2016) SECOND FORM is over 10 inches long in its low stance close to the ground.  Like the Shin Godzilla before it, this version of the King of the Monsters comes with a movie logo plate that you can display alongside it.  Show off your love of Godzilla with this incredible collectible of one of the kaiju’s most unique forms!