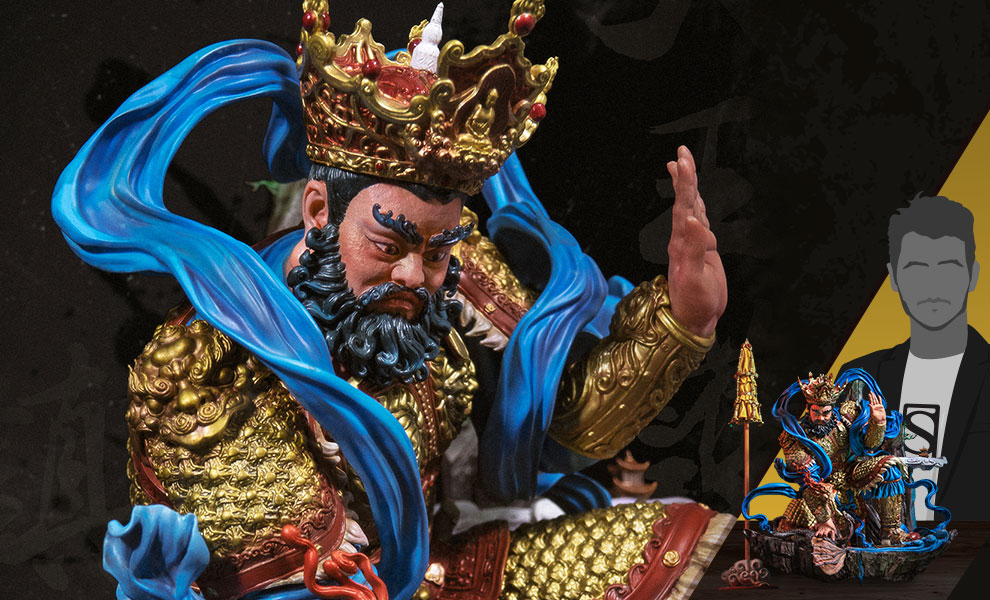 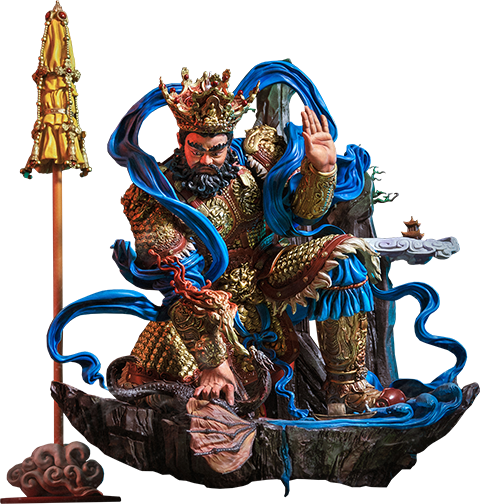 Guardian of Heaven Subdues the Evil Dragon was originally designed by Luo Qisheng, who is a famous 3D artist and also one of the founders of Infinity Studio.

Mr. Luo is particularly good at making 3D models of characters and creatures, and he has participated in the creation of well-known Hollywood movies such as Transformers and Battleship, as well as the development of 3A games such as Uncharted, Medal of Honor and Last of Us.

Mr. Luo is greatly fascinated by the world of Gods and Buddhas and always has been imagining a magnificent scene in his mind – the Guardian of Heaven descends from the sky like one incomparably huge mountain, dust spread across every inch of ground. He shakes the whole world and defeats all kinds of evil.

The shape of the Guardian refers to the murals of the Fahai Temple and the sculptures of the Shuanglin Temple, because the traditional Buddhist art from temples pays great attention to details, which magnifies the gorgeousness and solemnity of the works.

In this particular work, the base of the statue is designed as the shape of an ingot（called Yuanbao in China, an ancient Chinese money）, because the Guardian of Heaven is also known as the God of Wealth in Buddhism. Moreover, the design of the armors is especially complicated and delicate, all details are portrayed as much as possible, striving for refinement.

Amazing Details on the products. I'm glad I got it. 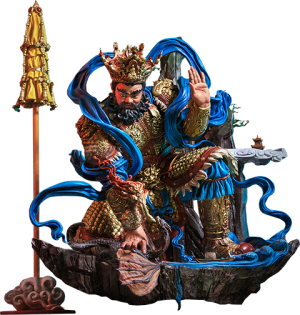