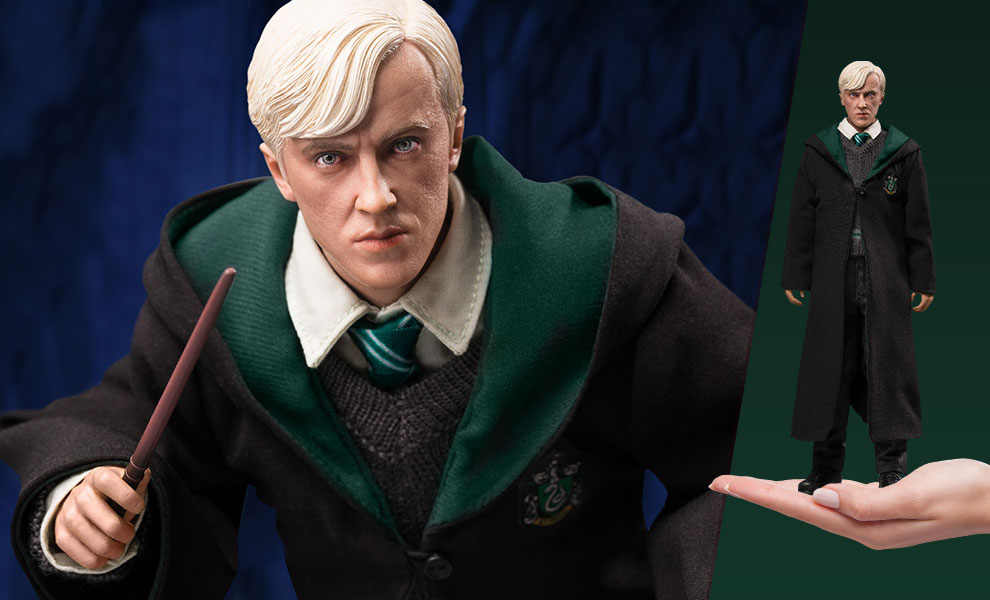 From $50.63/mo
with payment plan
Your Payment Plan

“You'll soon find out that some wizarding families are better than others, Potter. You don't wanna go making friends with the wrong sort.”

Voldemort wasn’t the only one determined to make Harry Potter’s life miserable. At Hogwarts Harry’s main rival was Draco Malfoy, an egotistical and arrogant member of Slytherin House, jealous of Harry’s notoriety.

This sixth scale collectible figure of Draco as a teenager has 30 points of articulation and features an authentic portrait of Tom Felton as Draco from Harry Potter and the Half-Blood Prince.  He has the Dark Mark tattoo on his left arm.

He comes equipped with his wand, including a magical flash effect as if he’s just cast a dangerous spell.  He also has a white ferret, his green apple, and his messenger owl.

Draco wears his house Slytherin robes as well as the tie, sweater, white shirt, black pants and shoes required by all Hogwarts students.