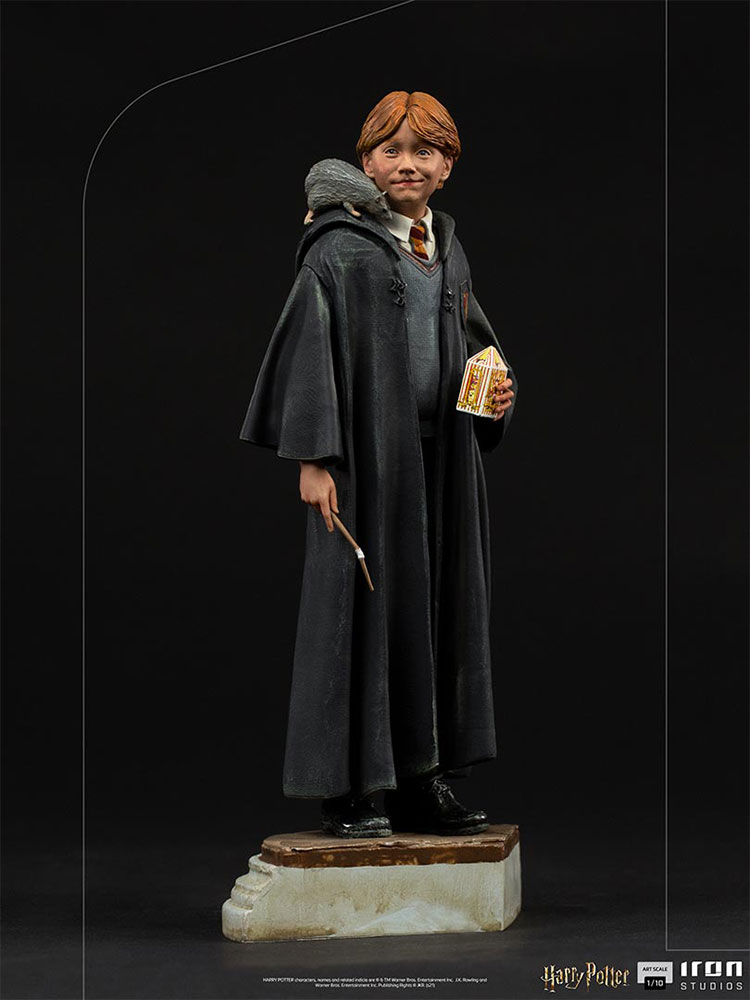 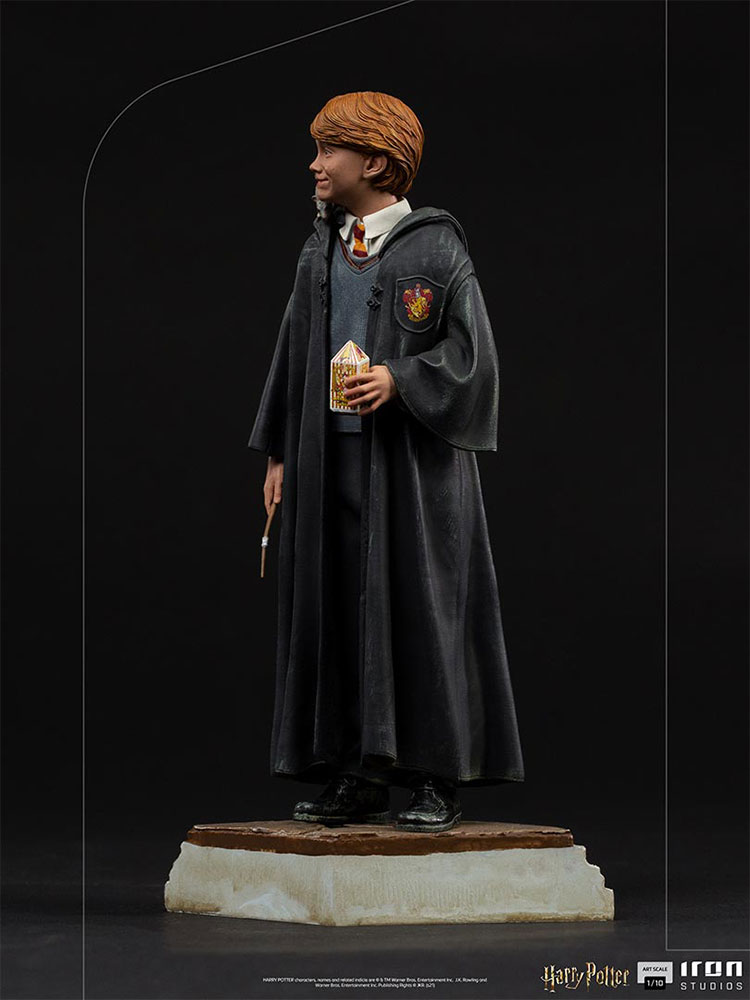 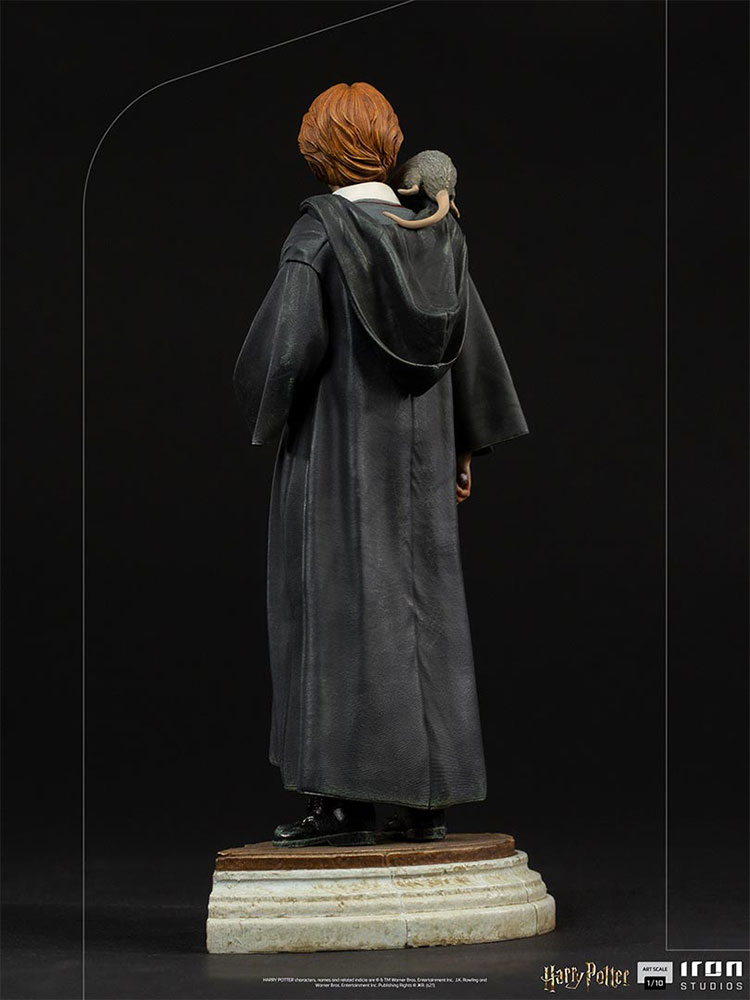 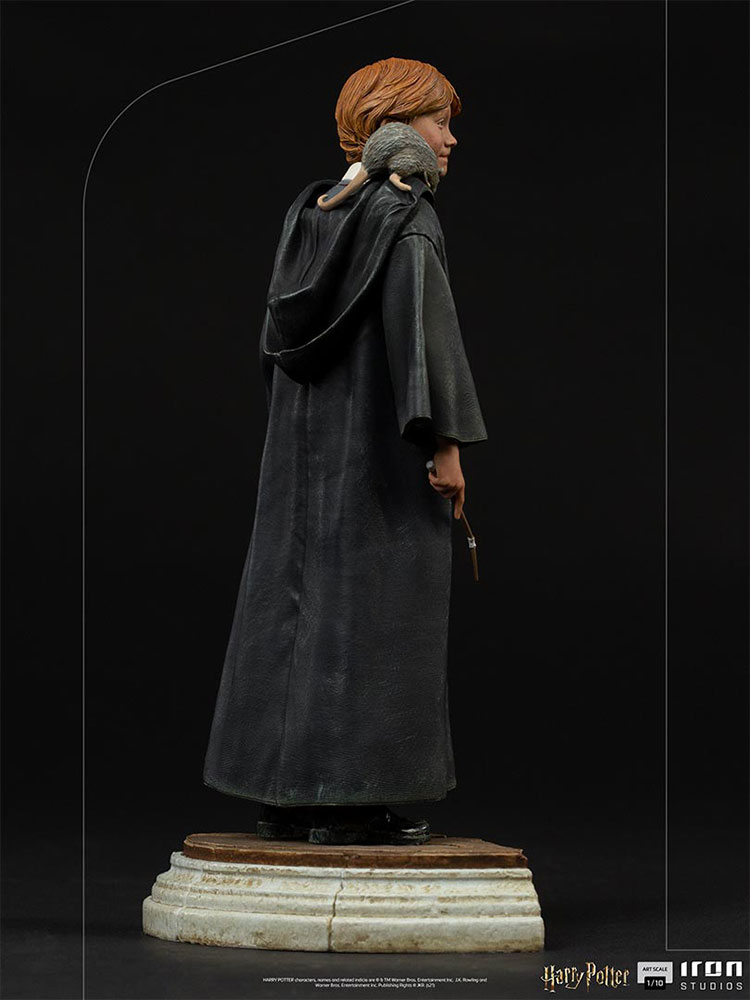 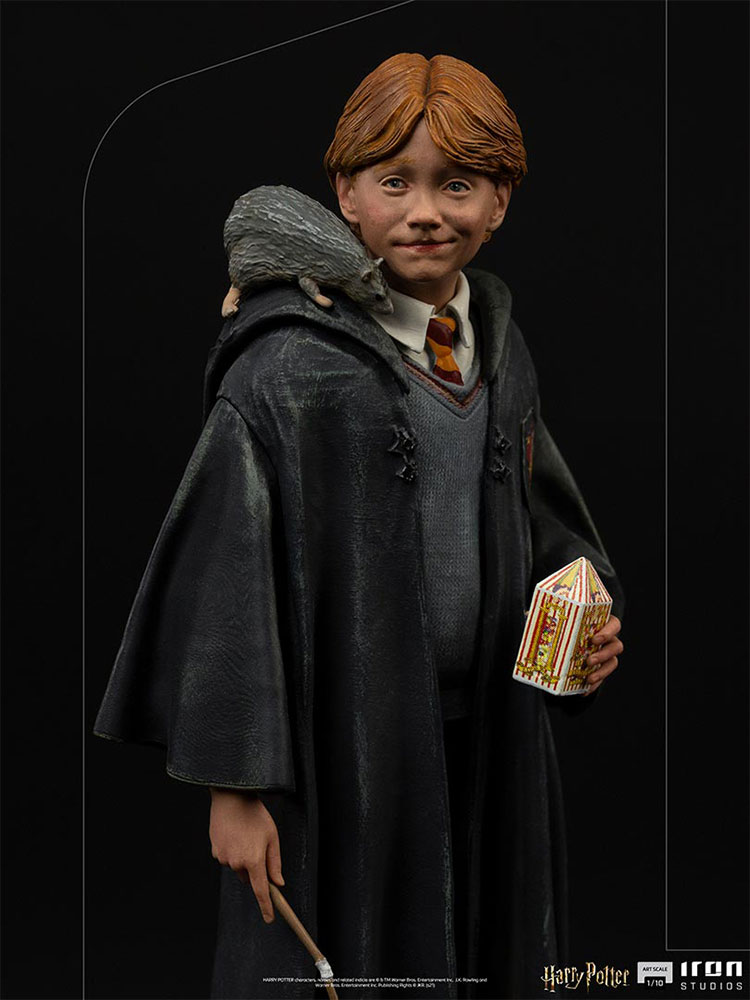 Sideshow and Iron Studios are proud to announce the latest from the Art Scale 1:10 line - Ron Weasley! The Ron Weasley Art Scale Statue is limited edition polystone and hand-painted.

Somewhere in Scotland is Hogwarts, a school for young people with special and mystical skills. Hogwarts is divided into four houses, similar to fraternities, where each student is guided by a magic hat that selects them according to their virtues and characteristics and chooses which house the student belongs to. Wearing their first school uniform, consisting of a plain white shirt, red tie, grey sweater and pants, black shoes, and a plain black fabric cape, with the coat of arms on their chest on the left side, Iron Studios presents the young Harry Potter, Hermione Granger and Ron Weasley as in their first appearance in theaters, in the movie Harry Potter and the Sorcerer's Stone of 2001.

The three statues form a diorama that celebrates the 20th anniversary of Harry Potter's movie debut and these Harry Potter collectibles can be displayed both individually and together.

The main protagonists of the seven fantasy novels, written by British author JK Rowling, the saga focuses on the friendships of Harry, Ron, and Hermione Granger, with the director of Hogwarts, Albus Dumbledore, considered the greatest magician, and the conflicts with the wizard of darkness Lord Voldemort, who intends to become immortal, conquer the wizarding world, subdue non-magical people and destroy everyone who opposes him, especially Potter, whom he considers his greatest rival. 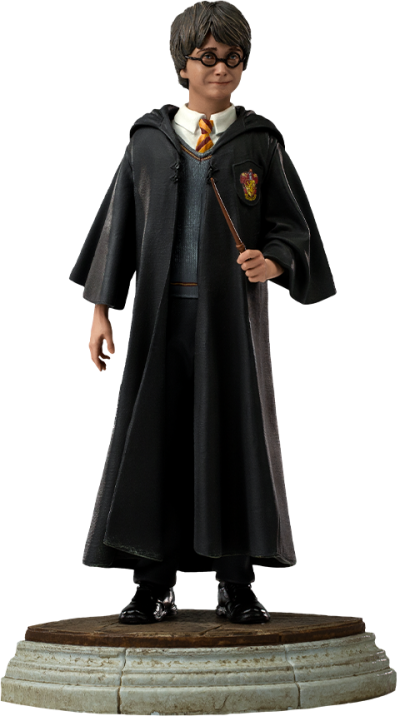 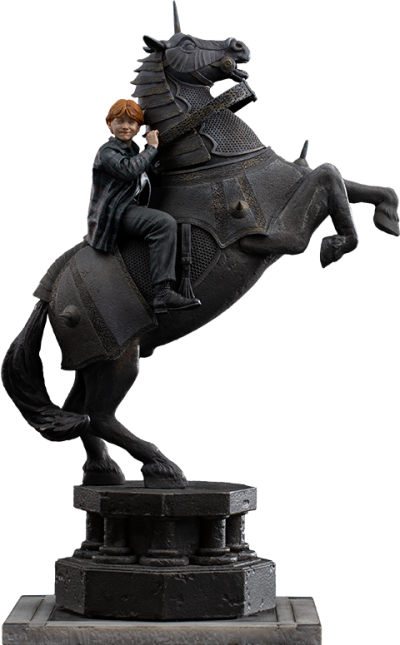 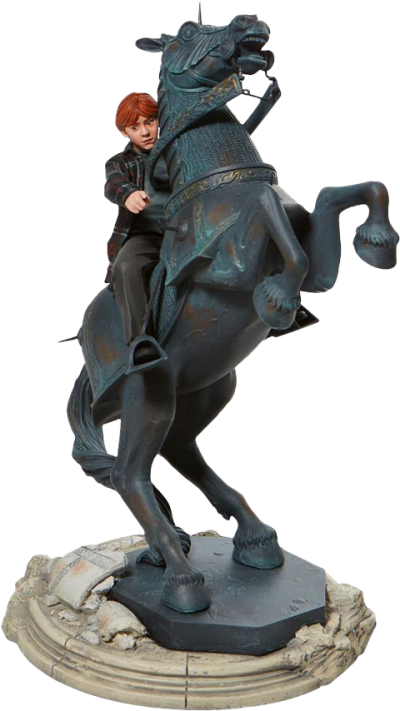 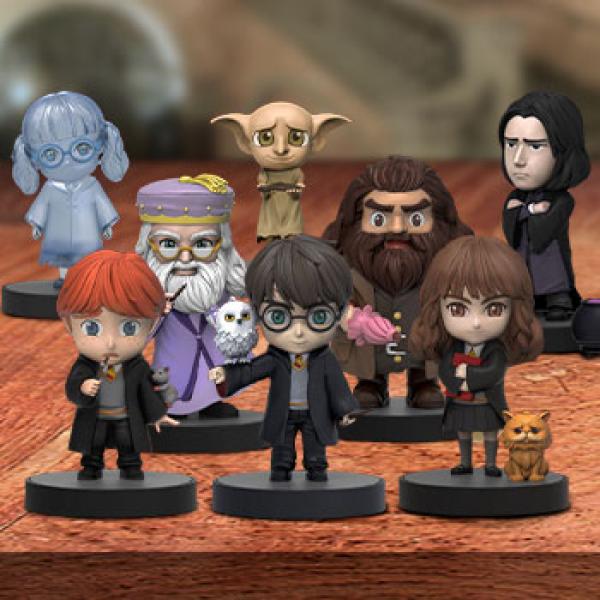 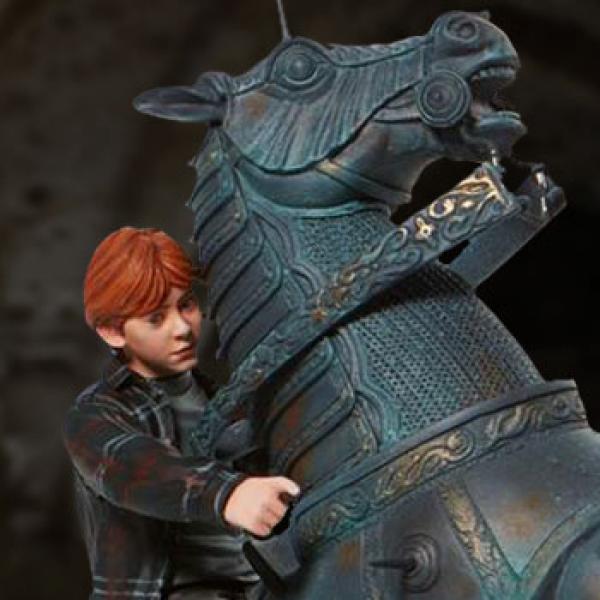 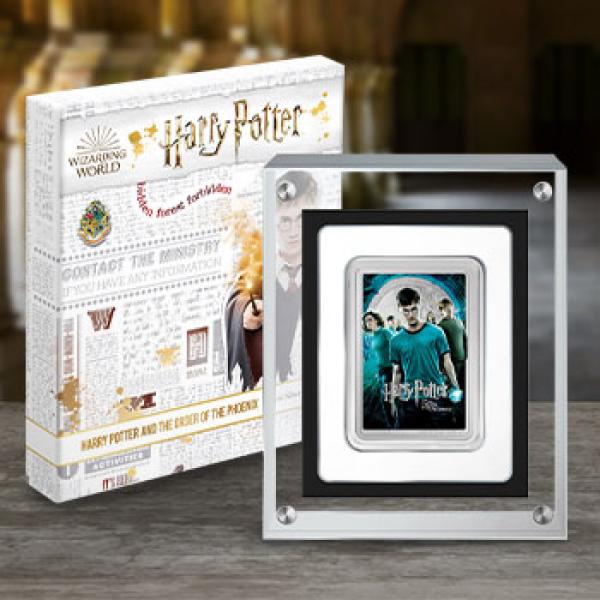 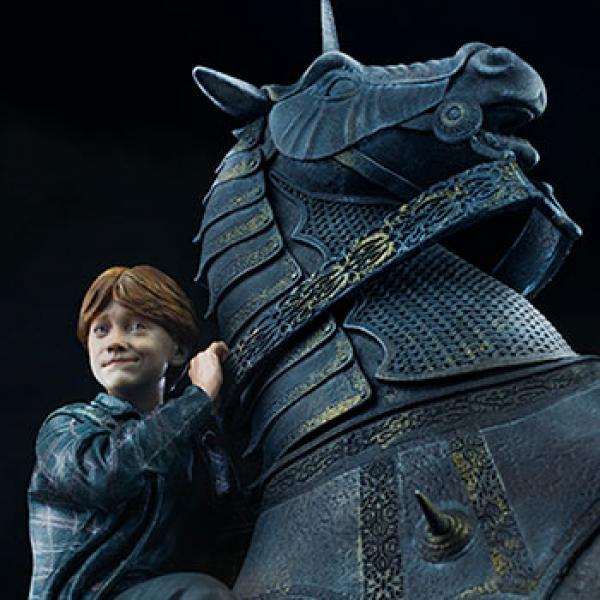