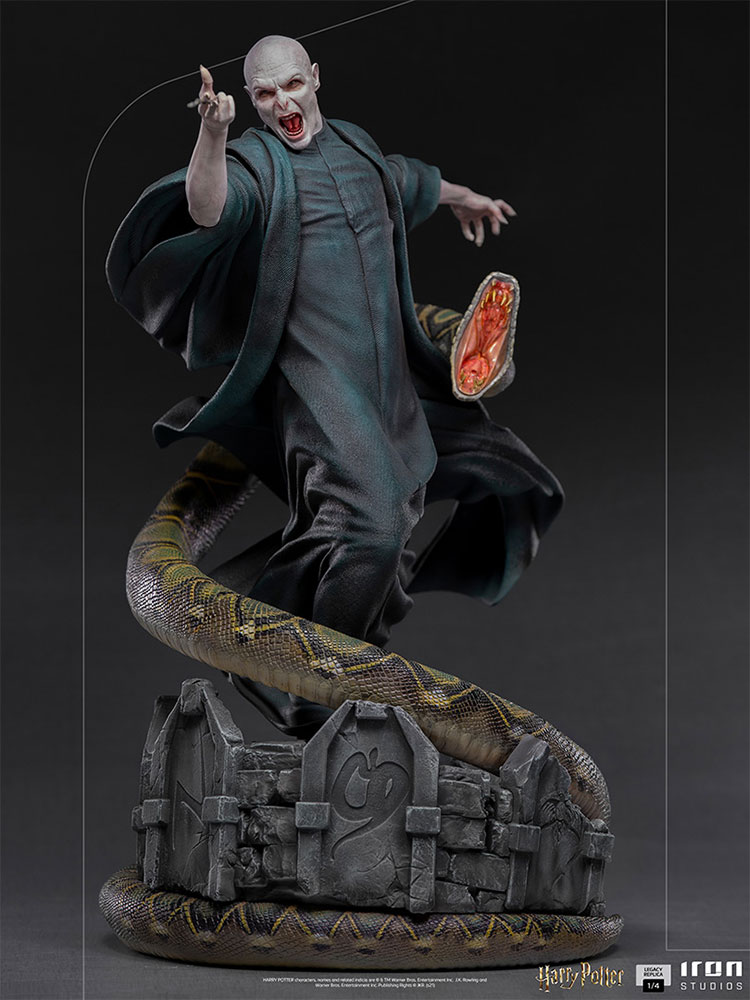 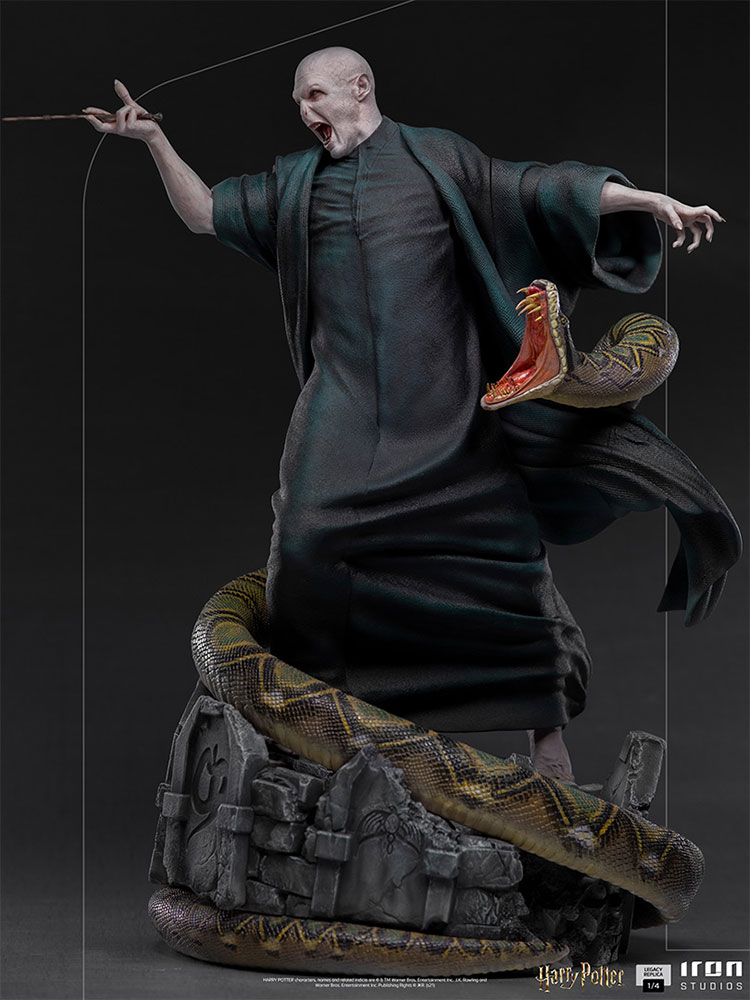 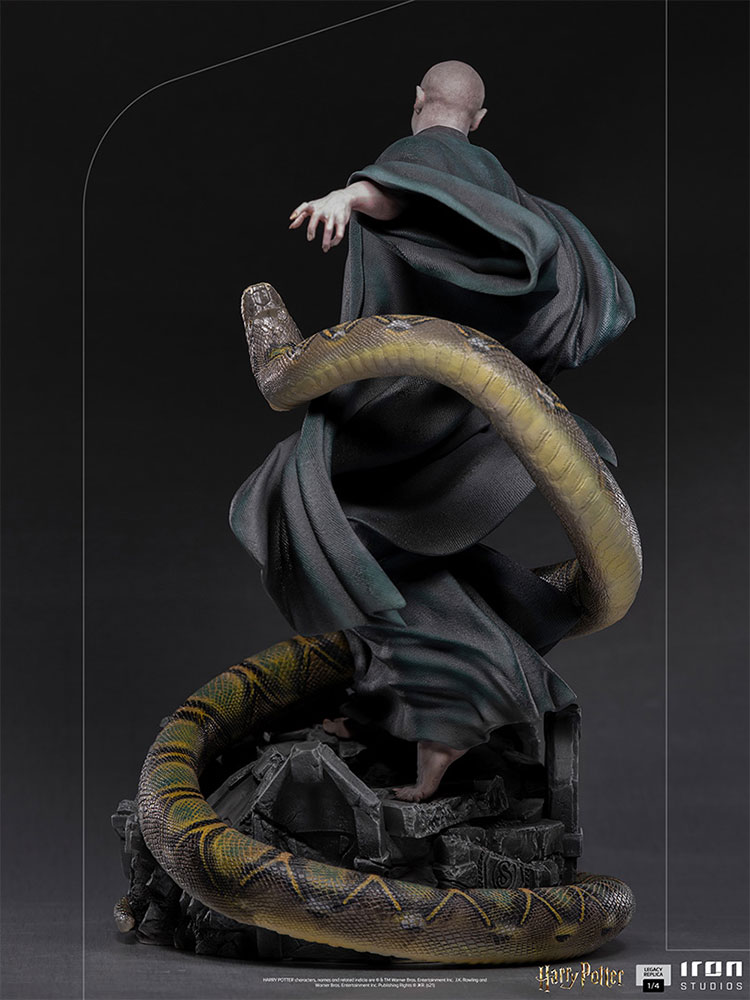 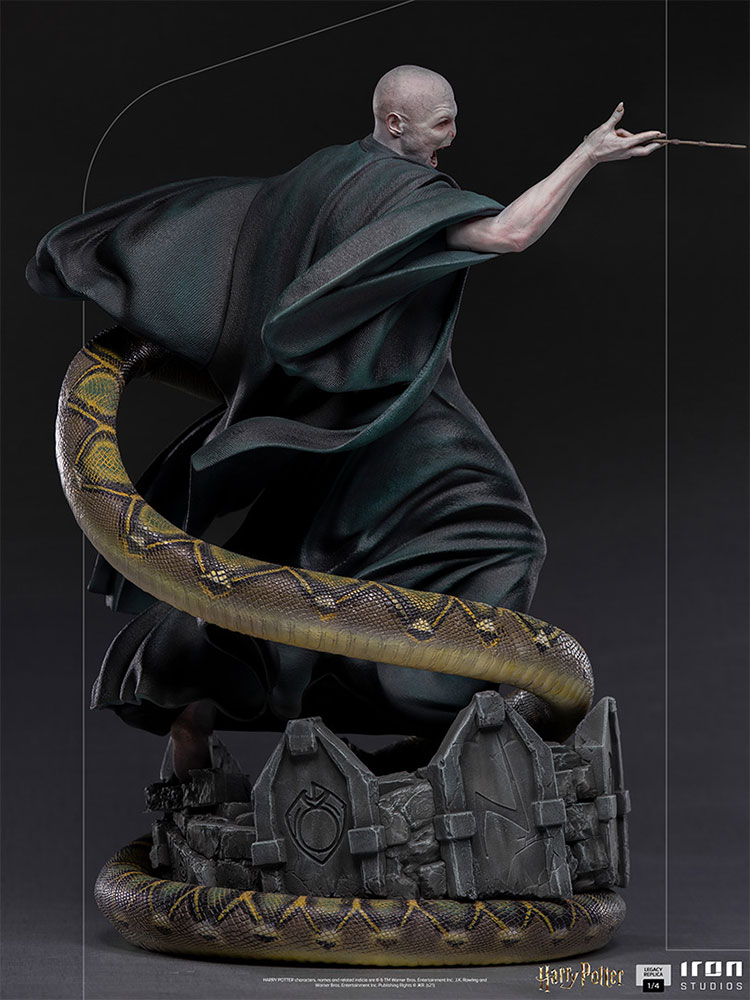 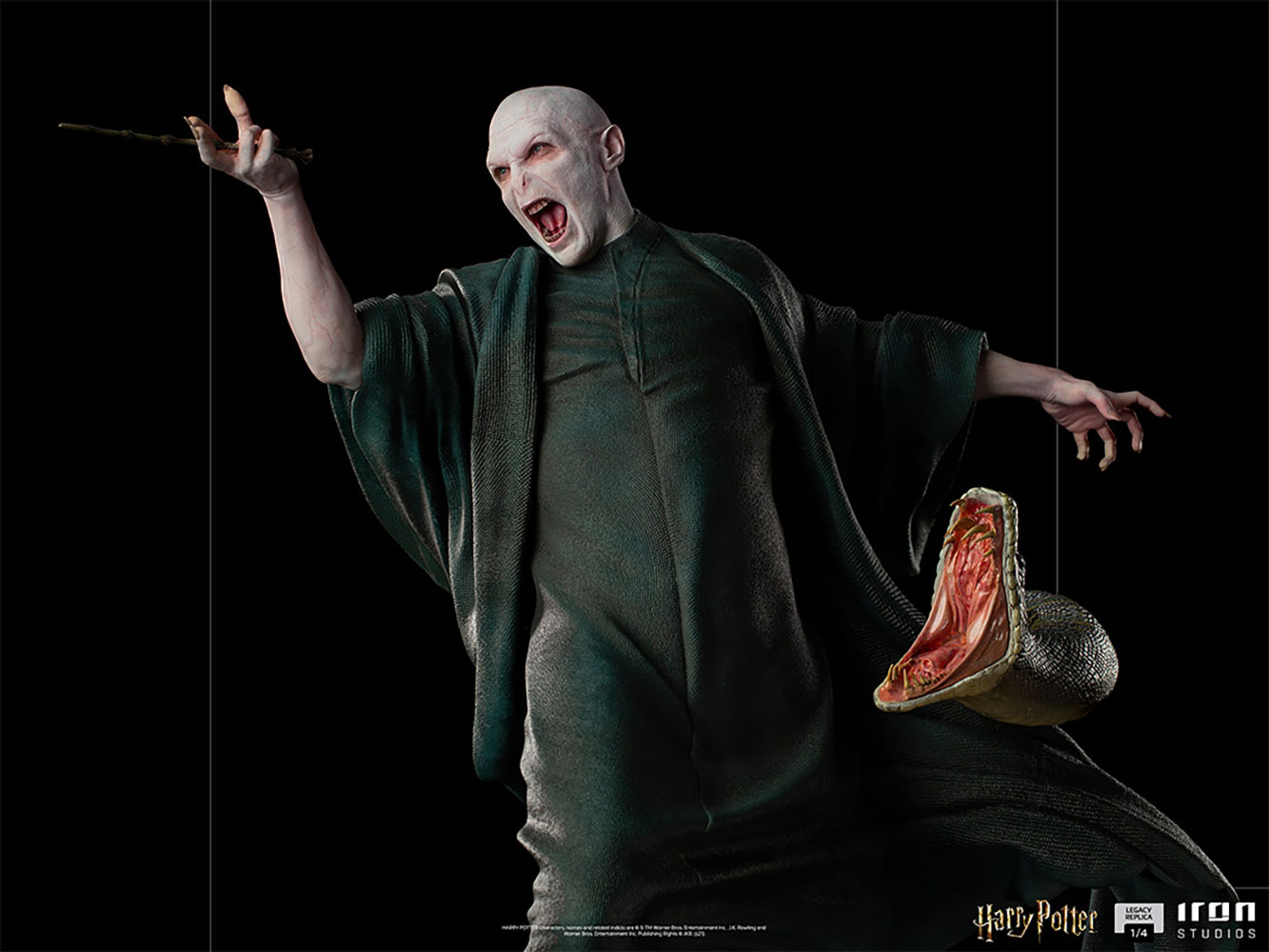 Get It Now
Calculating payments...
Members get $50.25 back. Earn 5% in Sideshow Rewards.
About

Sideshow and Iron Studios are proud to present the Voldemort and Nagini Legacy Replica Statue.

Considered the most powerful dark wizard, Lord Voldemort's monstrous pale face exudes all the intensity of his malice, spite, and fury, as he wields his wand in his right hand, ready to unleash one more destructive spell against anyone who opposes his will. His cadaverous slender body is covered by a black toga and is surrounded and protected by Nagini, a huge snake that, far more than a pet of the villain, guards part of his dark soul, like the so-called Horcrux, which is a magical way to preserve a piece of his evil spirit.

Barefoot and climbing a base formed by the remnants of concrete and stones from Hogwarts Castle, Iron Studios presents its impressive statue of "Voldemort and Nagini - Harry Potter - Legacy Replica 1:4", Harry Potter's most feared villain. Immortalized in a statue meticulously faithful to the wizard, played by British actor Ralph Fiennes in the movies, the saga is adapted from the literary work of JK Rowling. It is the first statue of the Harry Potter franchise to be developed on this scale by Iron Studios. A must-have for fans of Harry Potter collectibles.

The Voldemort and Nagini Statue features: 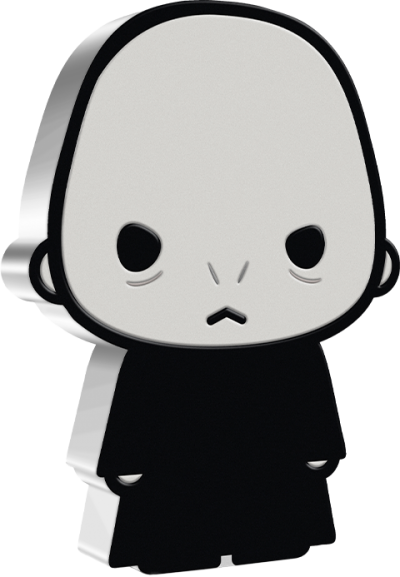 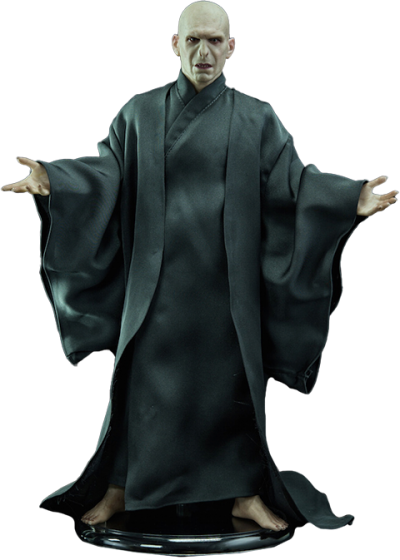 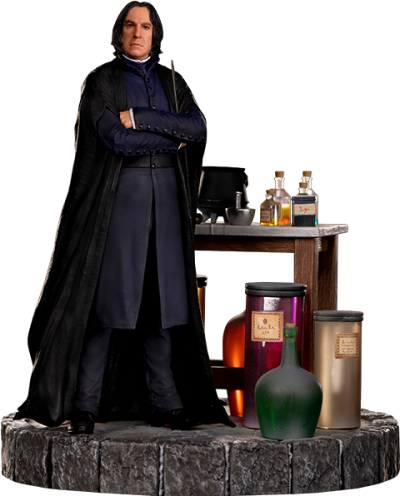 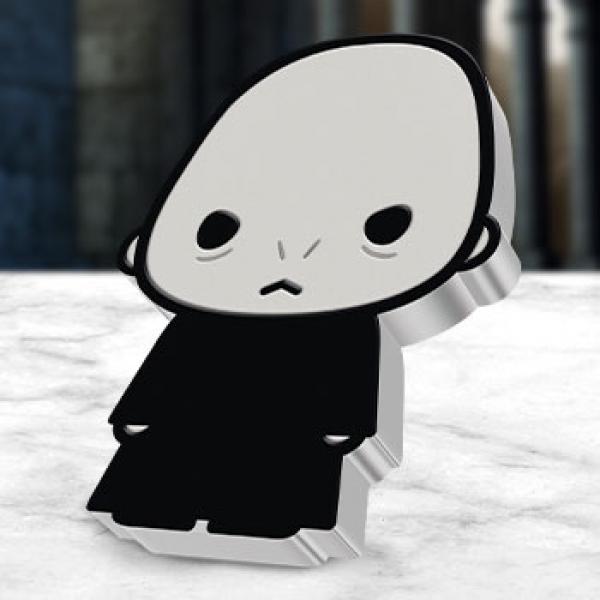 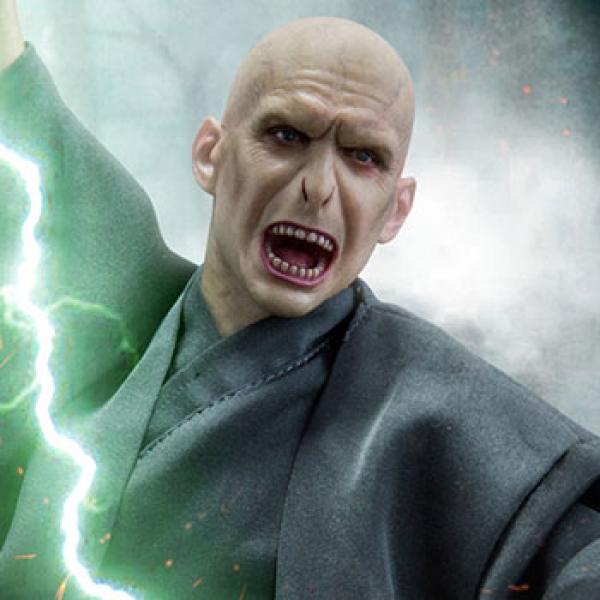 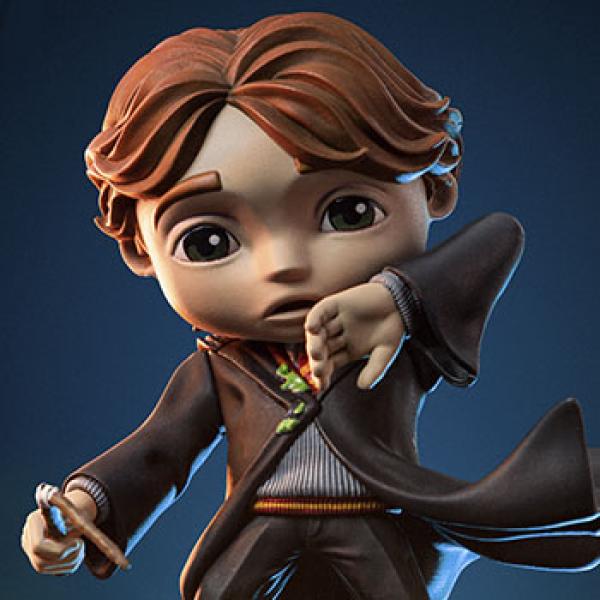 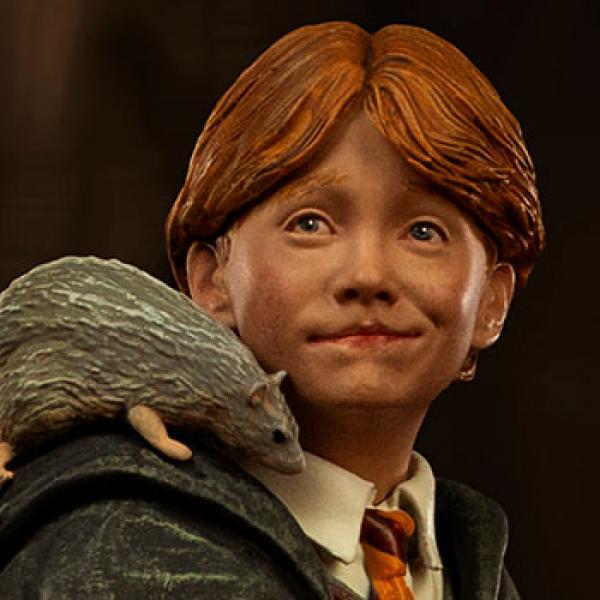