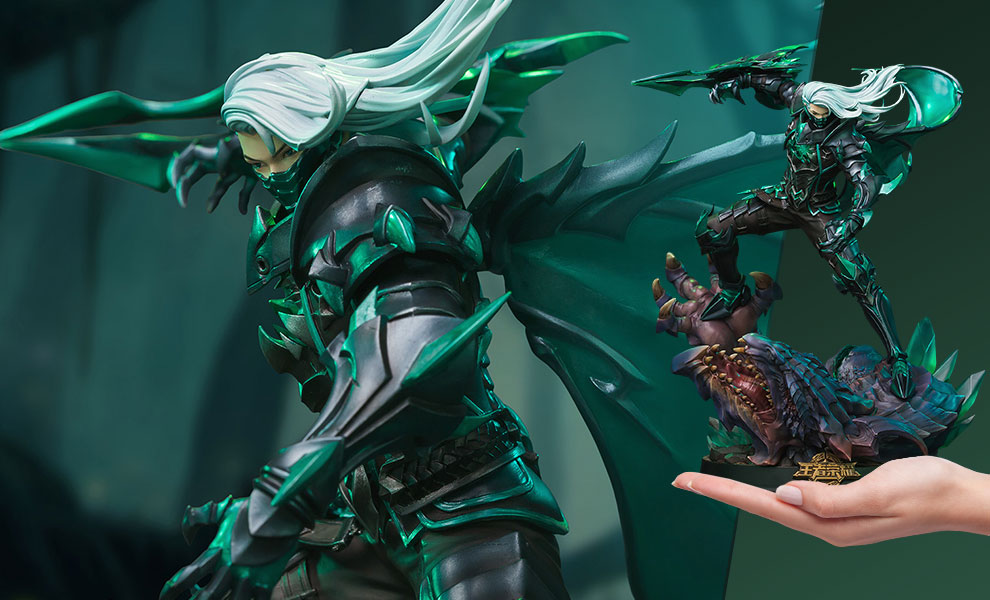 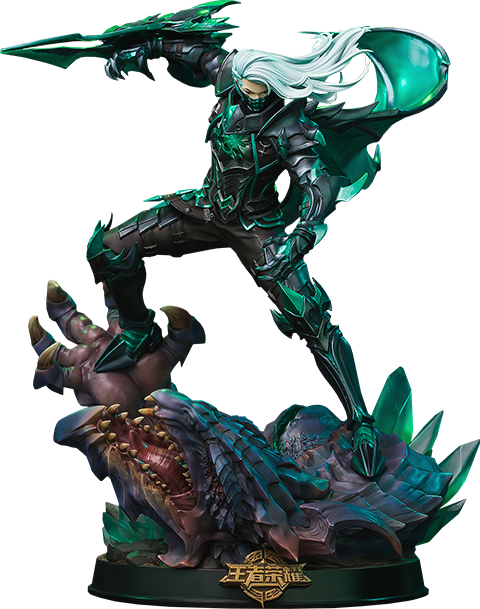 DAMTOYS’ excellent statue development team partnered with Tencent for the first time to release the first of the Honor of Kings [Edge Collection] series — Shadow Hunter King of Lan Ling!

As the iconic assassin of the game Honor of Kings, the King of Lan Ling is a popular favorite. The Shadow Hunter skin is chosen for the design and production of this statue.

The statue shows the moment when the King of Lan Ling leaps and hacks. His cape in the shape of an elegant arc, silver hair flowing, vividly expressing the assassin’s agility. A combination of transparent resin material and painting techniques recreates the special effects of the game, giving collectors the ultimate visual experience! 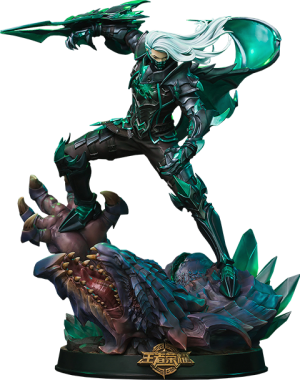