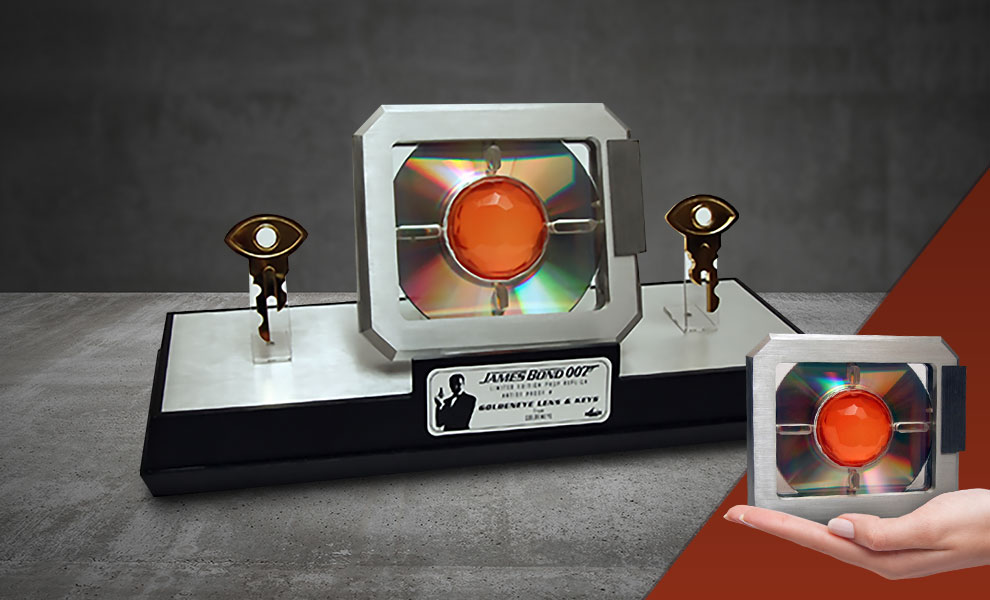 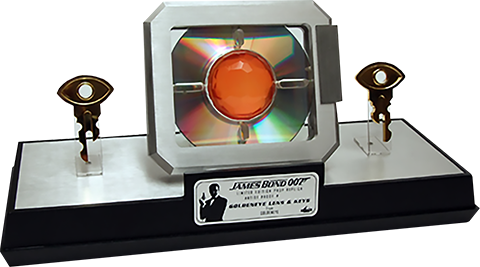 GoldenEye was a space-based weapons system. A key plot device in the 1995’s “GoldenEye”, the system included an elaborate three-part safeguard designed to protect the weapon from unauthorized use. The safeguards included two keys and a third device with a central lens and internal cd-rom that initiated the firing mechanism.

The props were highly visible in the film, perhaps most memorably when they were stolen by Col. Ourumov and Xenia Onatopp from the Severnaya weapons facility, as part of Alec Trevelyan’s plan to loot billions of Pounds from the Bank of England.

The Factory Entertainment “GoldenEye” prop replica was created after exhaustive and careful study of the original props in the EON Productions archives to ensure maximum accuracy.

The GoldenEye lens replica frame is machined aluminum with a protective ‘brushed’ effect coating. The center part contains an actual cd-rom, in an acrylic setting, the Central lens is cast ‘amber’ polycarbonate. Turn on the device to engage the same ‘edge lit’ illumination feature as seen on screen.

The twin keys are solid machined metal with an electroplated gold-effect coating.

A numbered limited edition of only 500 pieces.