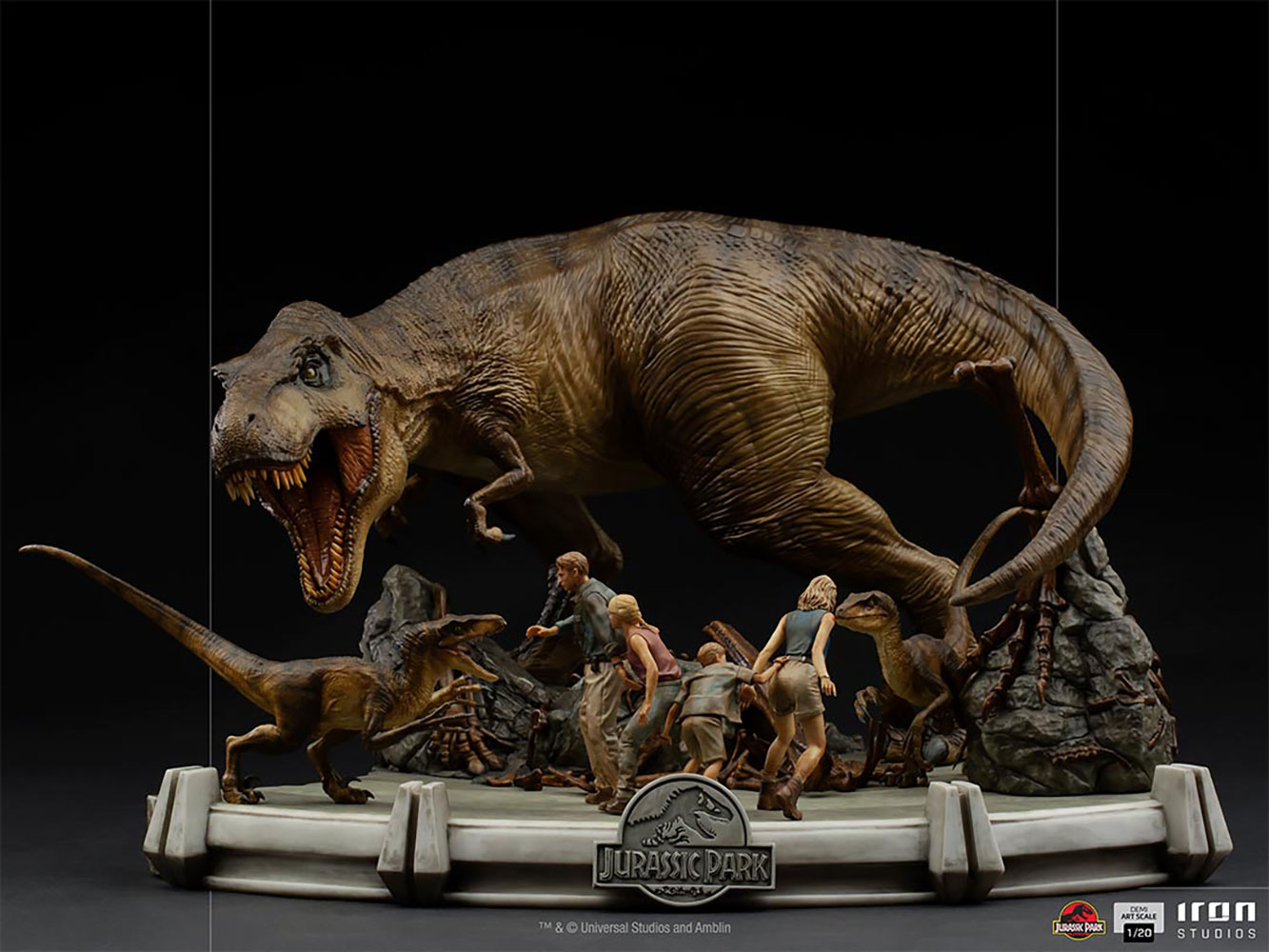 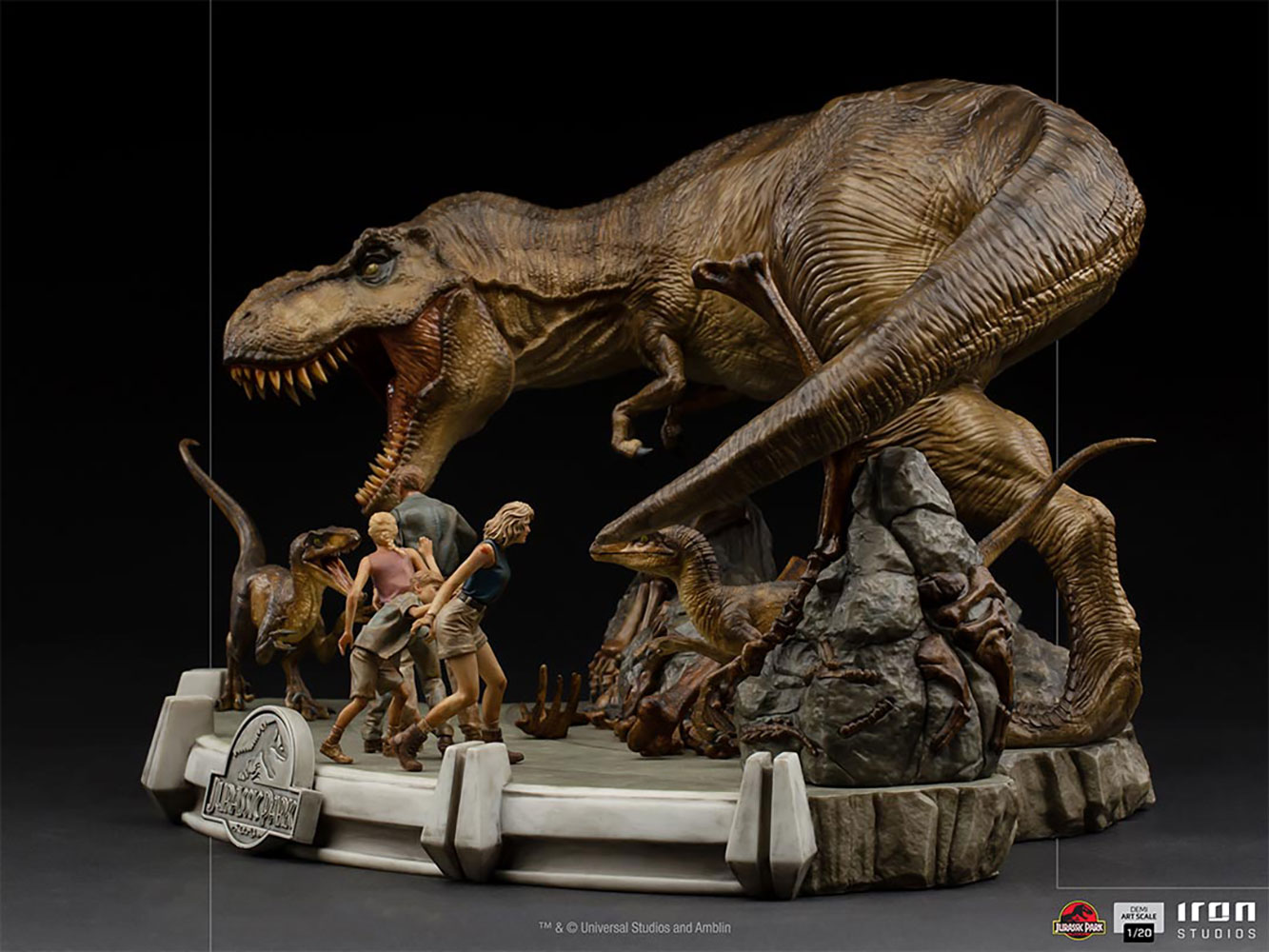 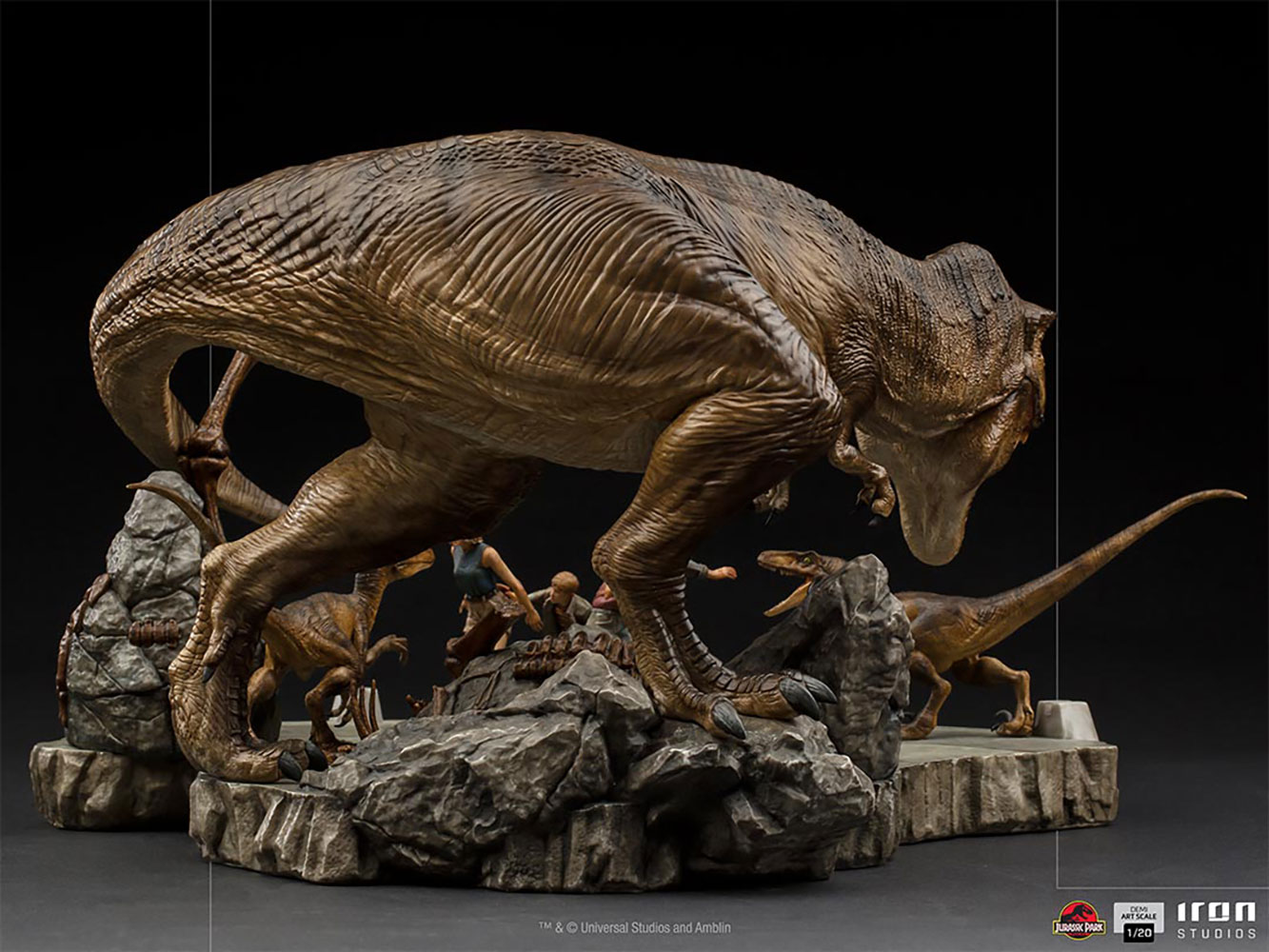 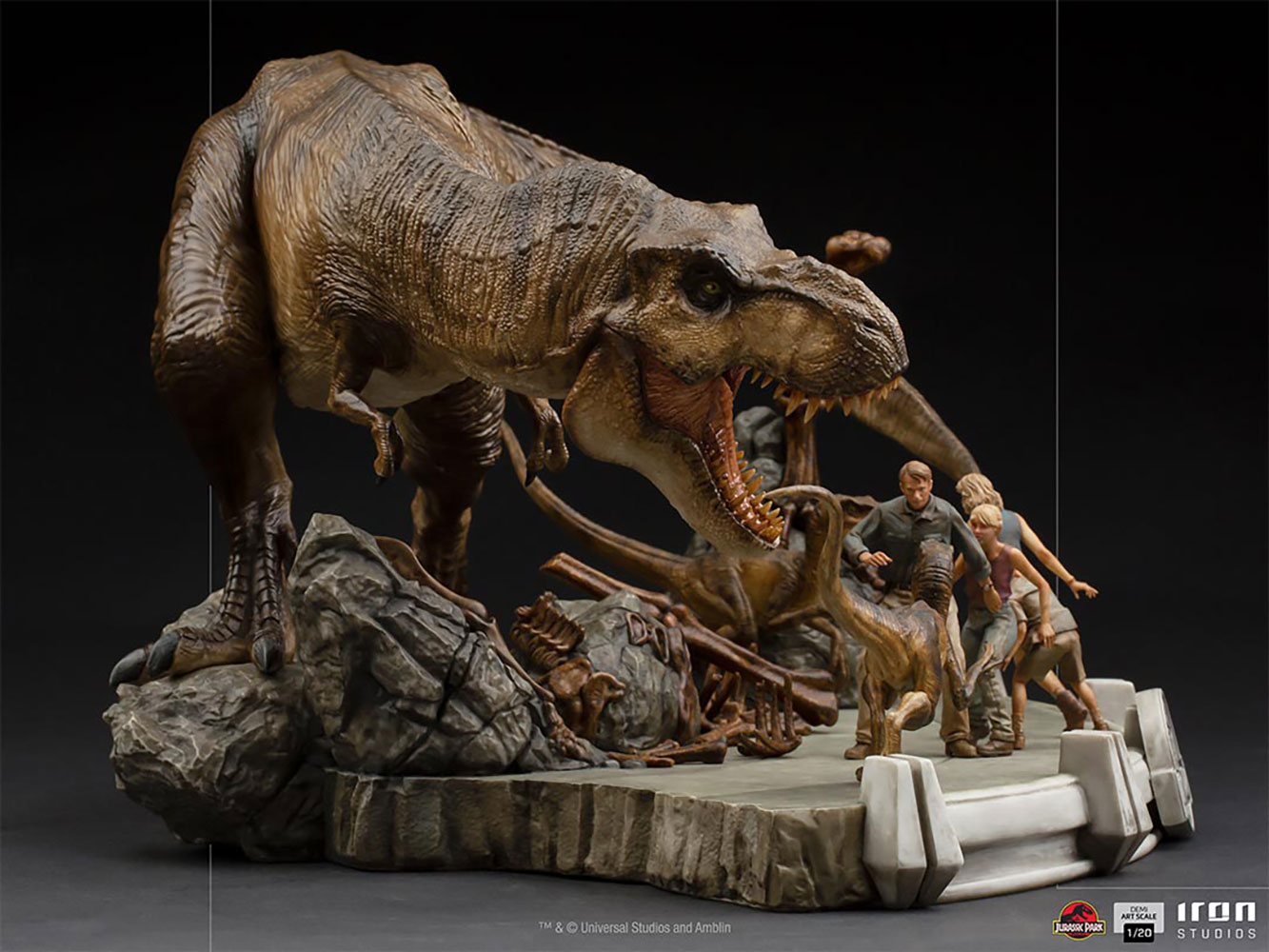 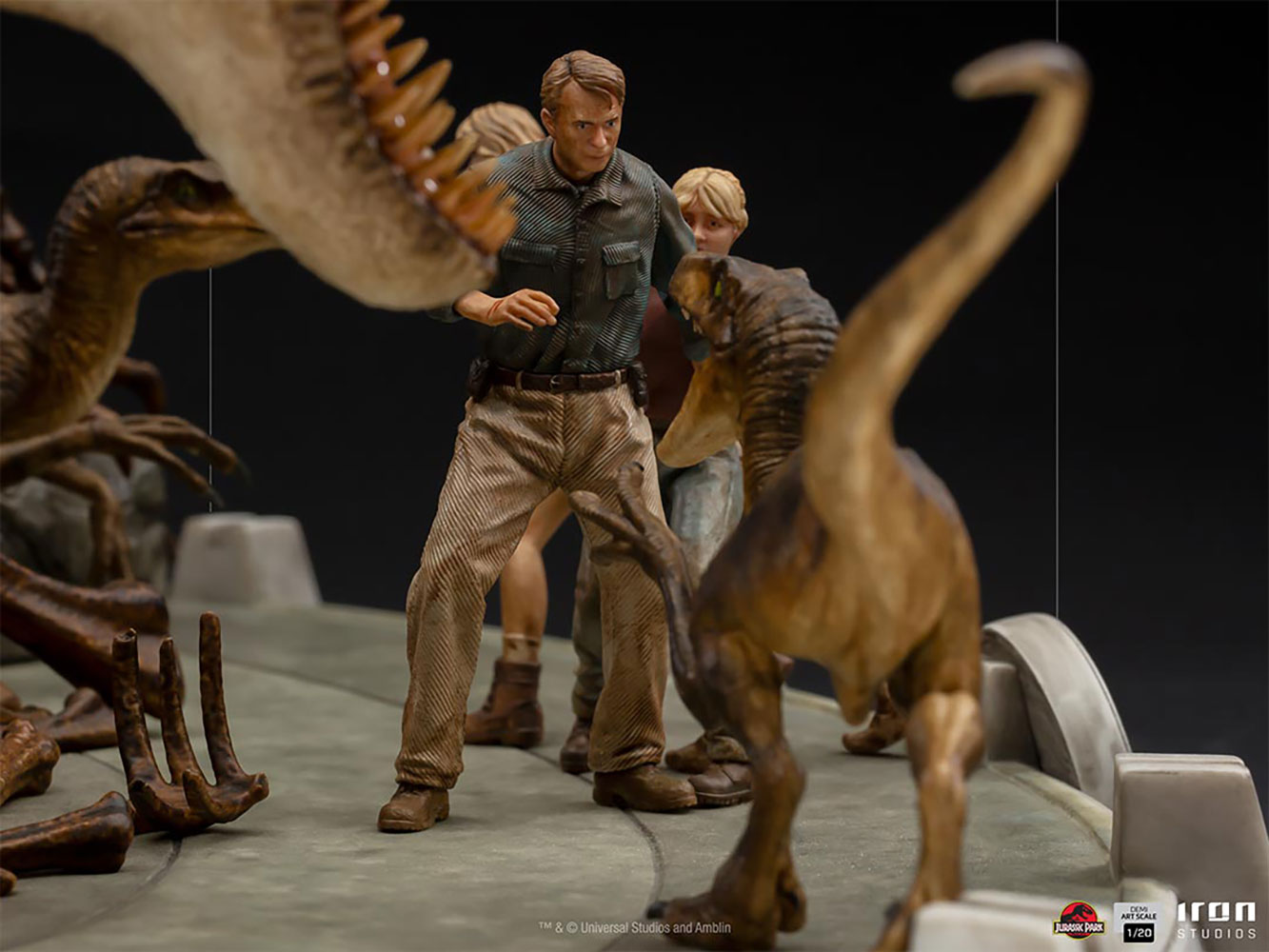 Get It Now
Calculating payments...
Members get $45.25 back. Earn 5% in Sideshow Rewards.
About

On a base imitating marble, after all, Iron Studios spared no expense, with the film’s logo adorning the front, the fossils fallen at the feet of the figures, with Lex and Tim Murphy protected by Ellie Sattler and Alan Grant from two Velociraptors and the imposing T-Rex circling ready to capture the Velociraptor that is about to jump on Alan, Iron Studios presents The Final Scene – Demi Art Scale 1:20 – Jurassic Park Statue.

After the collapse of the first park on Nublar Island, some of the most dangerous predatory species escape from their cages, including mortal Velociraptors. Seeking refuge and protection in the control room at the visitor center, doctors Alan Grant and Ellie Sattler, along with the children Lex and Tim Murphy, grandchildren of John Hammond, the park’s creator, are chased by raptors. The four protagonists run out of the control room and reach the main lobby, and they find themselves trapped when one of the predators advances to strike, jumping on their prey, is unusually captured in the jaws of a T-Rex, which invades the space in search of his hunting. Thus, the giant tyrant king of the dinosaurs, involuntarily becomes the savior of the group, when confronting and being confronted by the Velociraptors, giving the scientists and the children a chance to escape.

This unforgettable and striking sequence from the movie Jurassic Park, created by the master Steven Spielberg, once again comes to life at the hands of Iron Studios, which replicates the final scene of this 1993 Universal Studios super-production. Faithful in the smallest details, relive that experience in your collection, and don’t be surprised if in your subconscious you hear the unmistakable roar of the T-Rex every time you catch a glimpse of this piece.

Grow your collection with this Jurassic Park Collectible Statue! 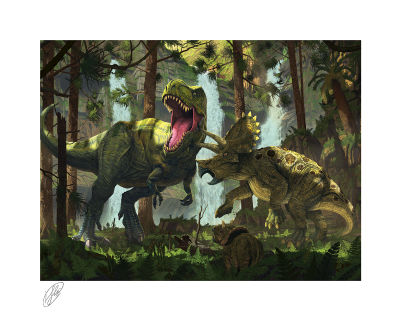 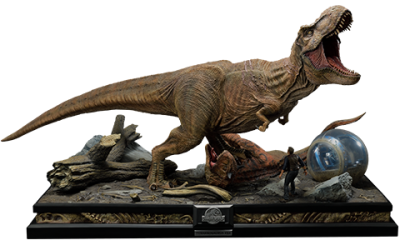 Truly a magnificent Jurassic Park collector's item for any fan of this license. The T-Rex is incredibly realistic. I really don't regret my purchase .

I love this statue. It's just small enough for our shelves and big enough to give that wow factor. The detail is well done. I'm a 1/3 collector and bought this for my wife. She was never into the statue scene. She love Jurassic Park so I went for it. Next thing I know I see her looking up other Jurassic Park statues on Sideshow. Got her! Down the rabbit hole

I am beyond impressed with the quality of this piece. If you can afford it, get it. You won’t be disappointed!! 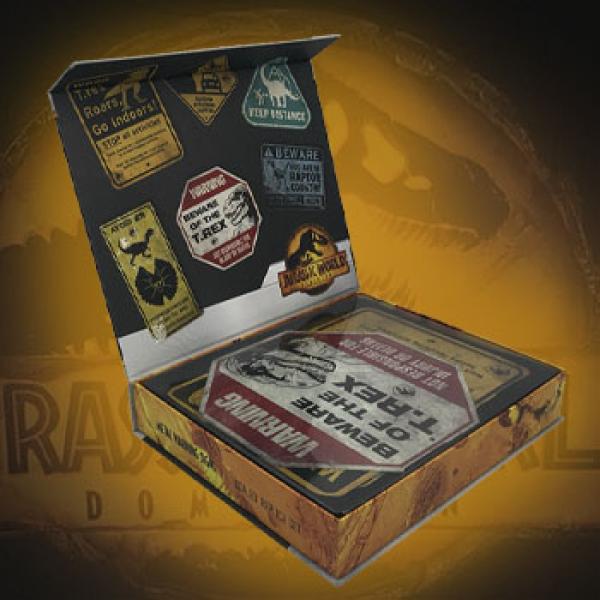 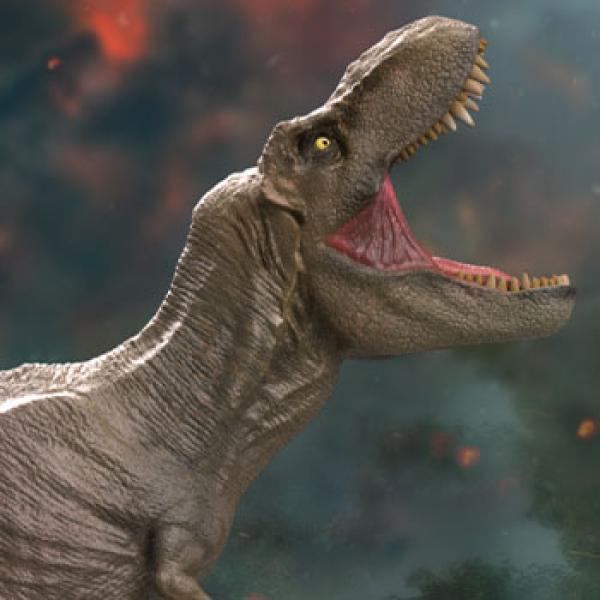 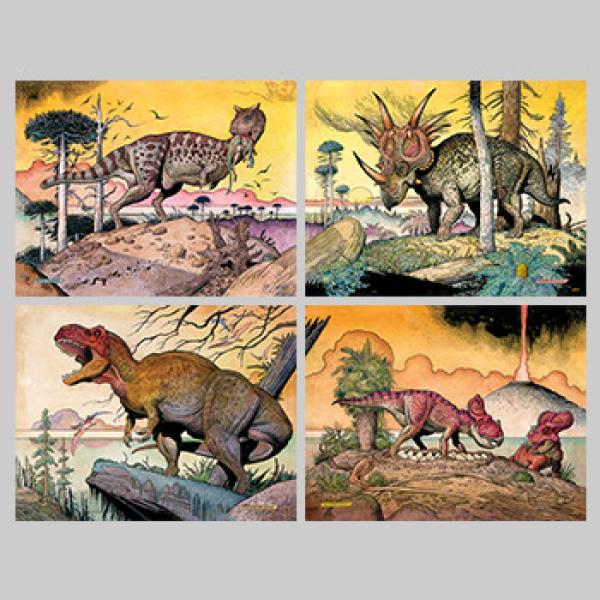 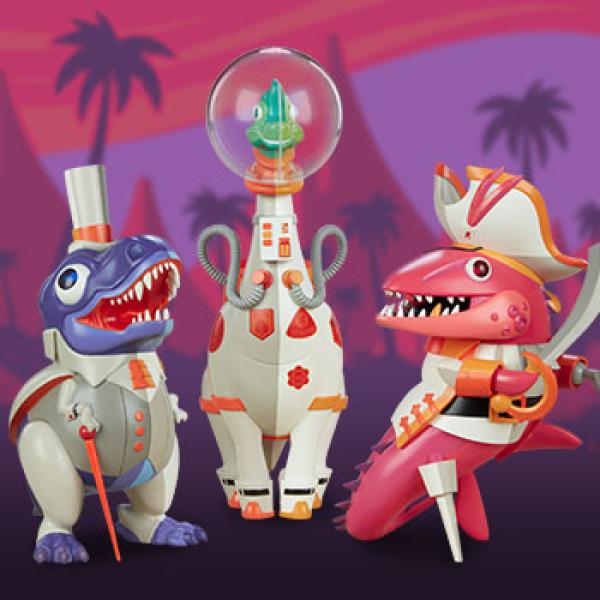