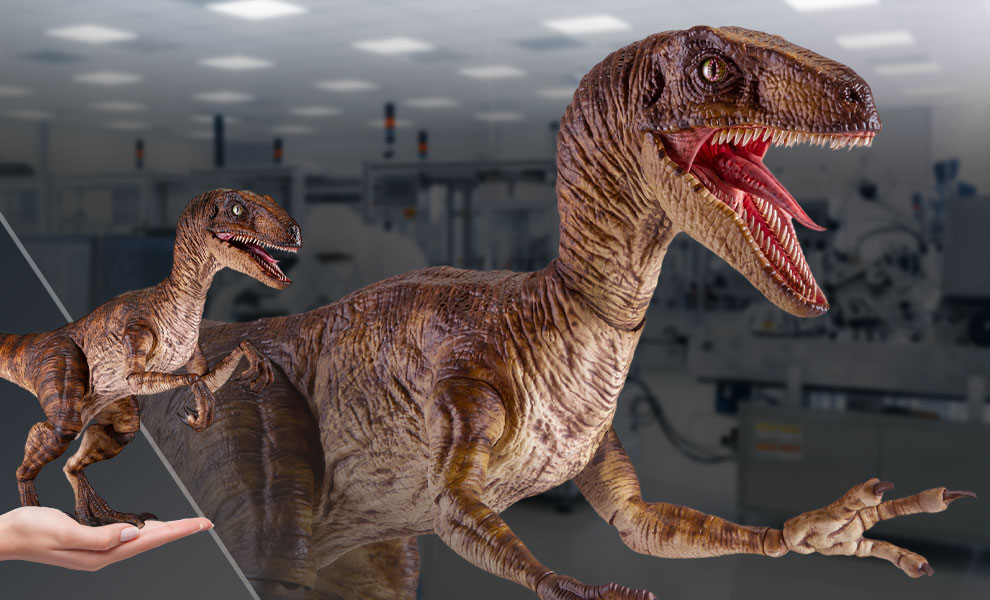 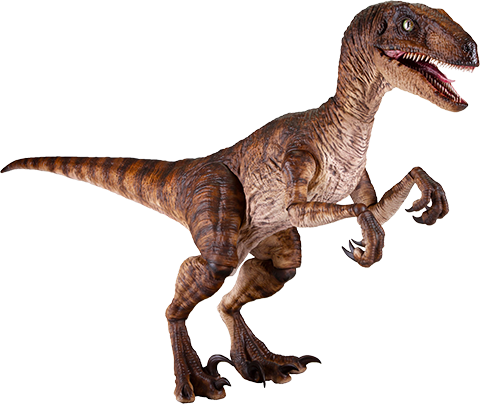 “You stare at him, and he just stares right back. And that’s when the attack comes. Not from the front, but from the side...from the other two raptors you didn’t even know were there.”

With that bone-chilling description of a long-extinct reptilian terror, Dr. Alan Grant foreshadowed the horror that would all-too-soon dominate his life. That tale presaged a cascading sequence of sounds and revelations, each, in turn, dialing up the level of dread until, at last, that lightning-fast alpha predator is revealed: The Velociraptor, the supreme pack hunter of Jurassic Park.

While the T. rex was the superficial king of Jurassic Park, the Velociraptors arguably stole the show, especially in terms of skin-crawling fear. Their calculating eyes, coupled with their speed and ability to make astonishing leaps, made for a far deadlier encounter for young Lex and Tim as the raptors stalked the two children through the compound’s kitchen.

Sideshow and Chronicle Collectibles is thrilled to present to collectors the Velociraptor Sixth Scale Articulated Figure. Standing at 25 inches in overall length and 12” in height, our raptor features 12 points of articulation and comes complete with three sets of hands –one with relaxed hands, one neutral position, and the others outstretched for an attack. 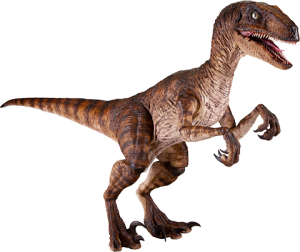