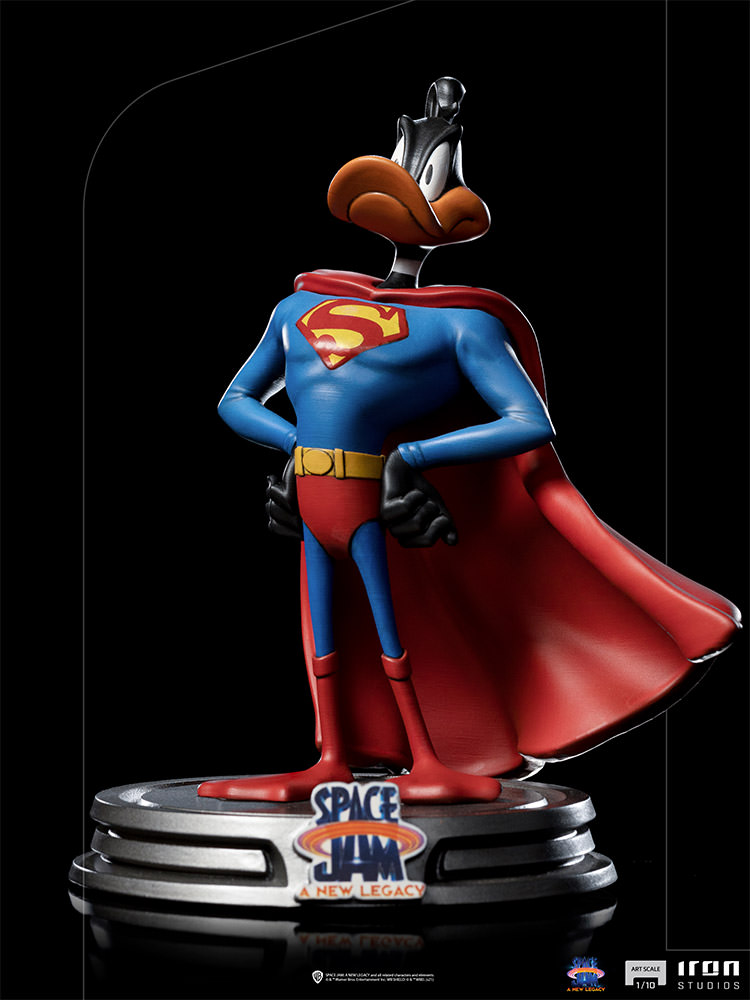 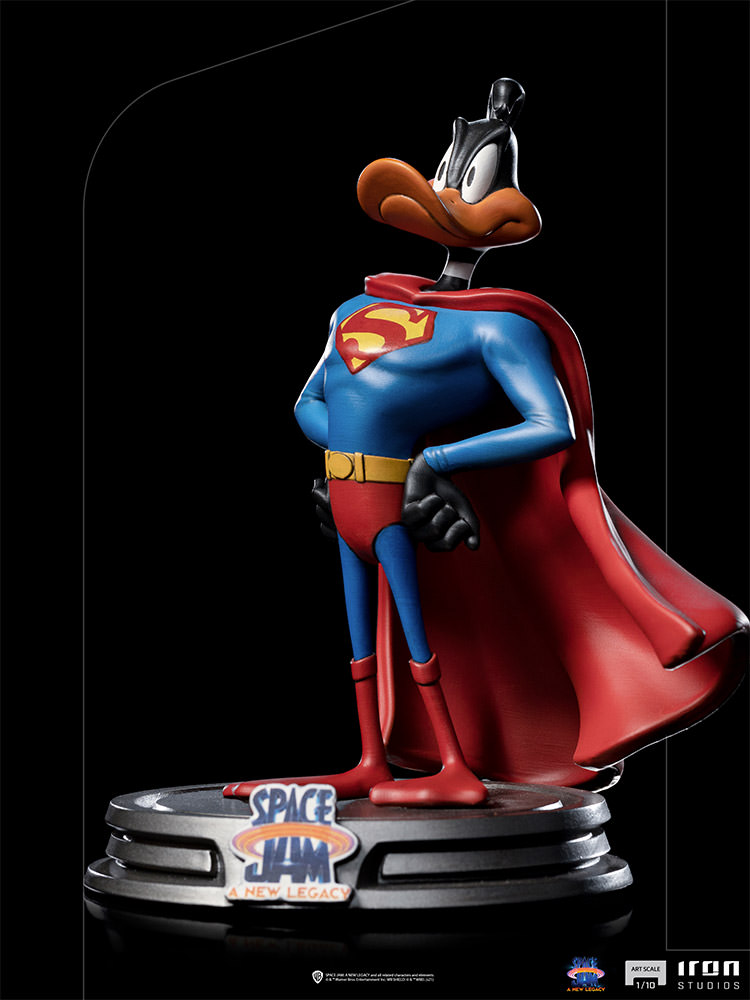 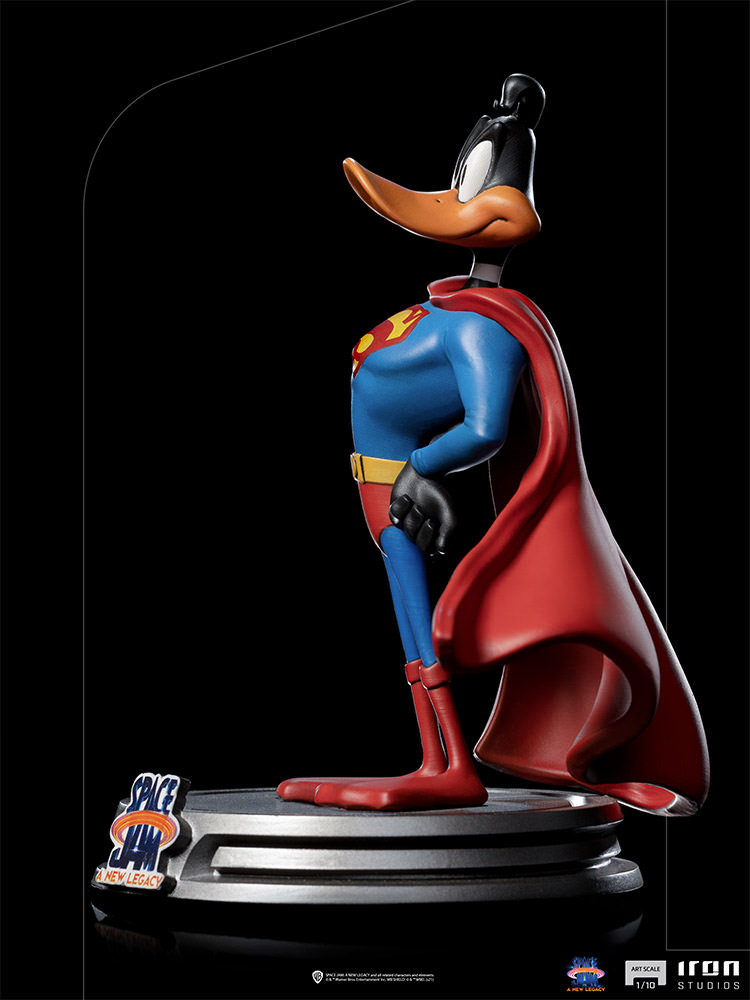 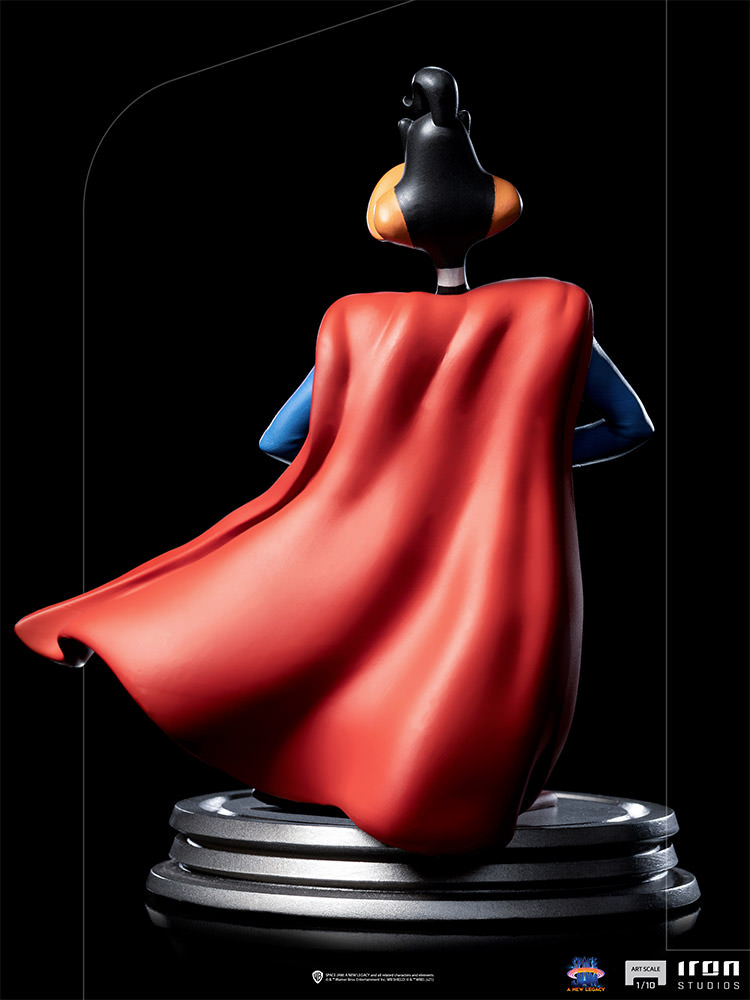 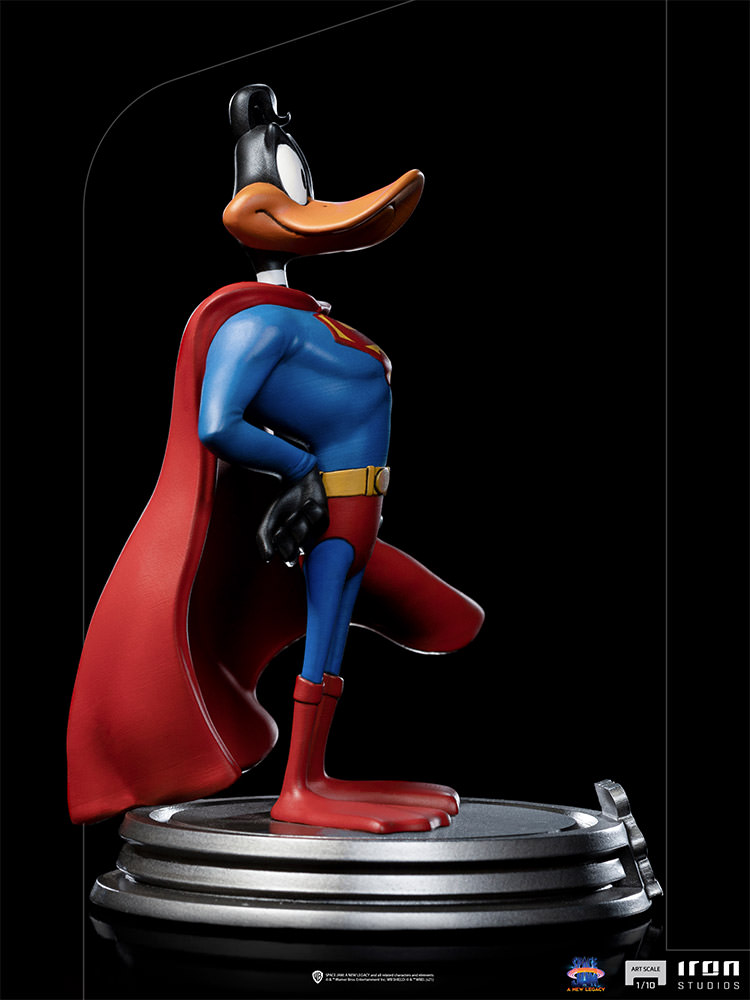 Dressed in an unmistakable blue uniform with a red cape and sporting the ”S” shaped symbol on his chest, the figure poses with his hands on his hips in an imposing classical heroic pose. The craziest, most self-centered, and clumsy duck in the Looney Tunes cartoon takes on the identity of Metropolis' Man of Steel, replicated by Iron Studios in the ”Duffy Duck Superman – Space Jam: A New Legacy – Art Scale 1:10” Statue. Inspired by the movie Space Jam: A New Legacy, the beloved ”tongue-tied” duck from the cartoons, dresses up as Superman to stop a train run amok by himself.

Space Jam: A New Legacy repeats the success formula of the original movie Space Jam (1996), in which the iconic Looney Tunes of animations starred alongside legendary basketball player Michael Jordan. In a fictionalized version of himself, now court star LeBron James is abducted into virtual reality by Al-G Rhythm, an artificial intelligence. To return to his reality and save his family, he needs the help of Bugs Bunny and the main Looney Tunes to win a basketball match against the monstrous avatars of Goon Squad players created by Al-G. Traveling through the ”server-verse” (server multiverse) of Warner Bros aboard a spaceship, LeBron and Bugs Bunny arrive at ”DC World” in the city of Metropolis in Bruce Timm’s animated universe, hoping to recruit Superman. With Bugs dressed as Batman and LeBron as Robin, they both seek to stop a train run amok by Daffy Duck’s crazy plot, in which he ties up the engineer only to have Porky Pig film the moment he ”saves” the train dressed as Superman. All this to boast about later. 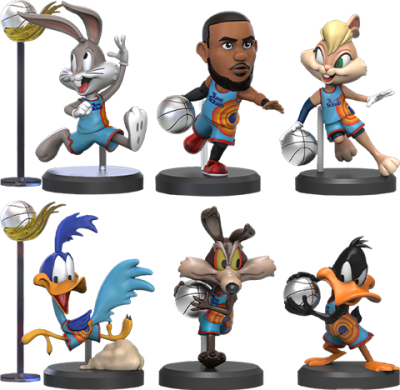 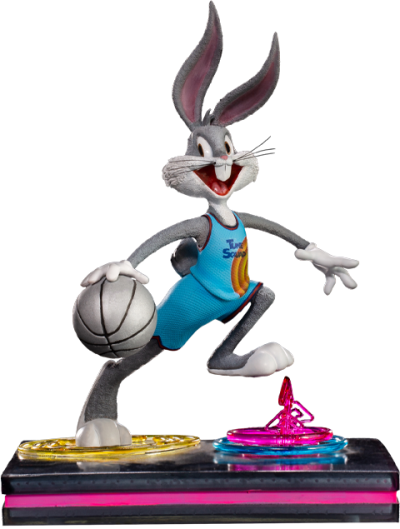 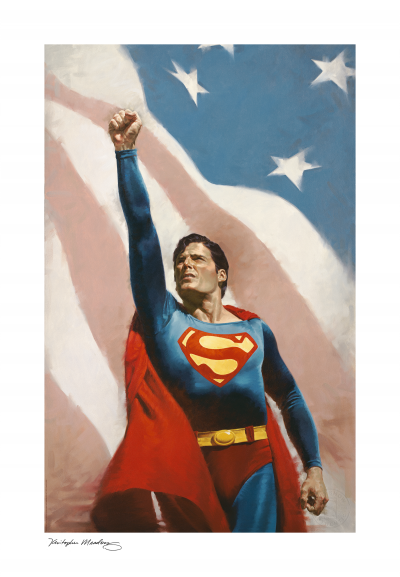 Someone To Believe In
Art Print
$95 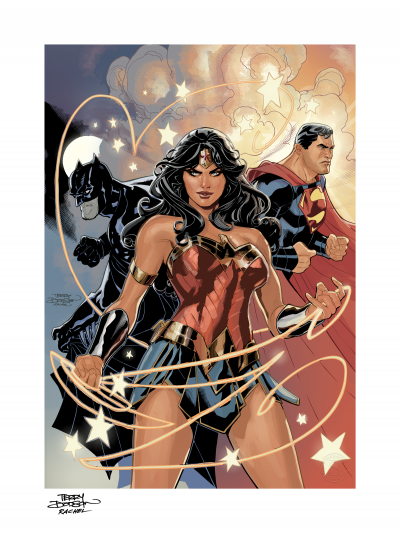 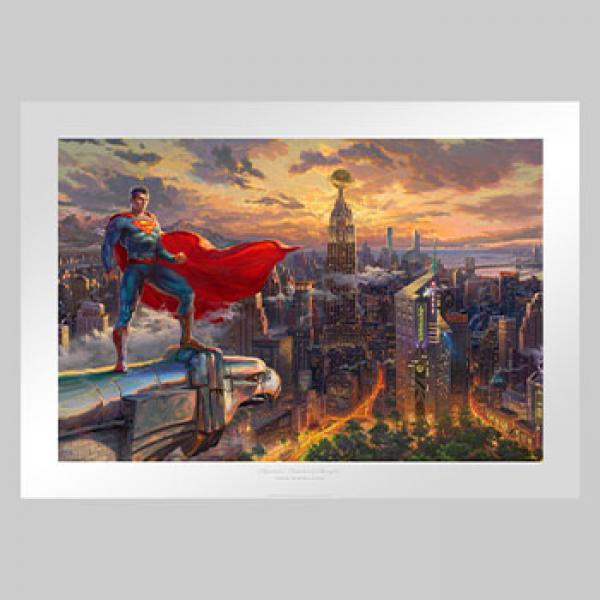 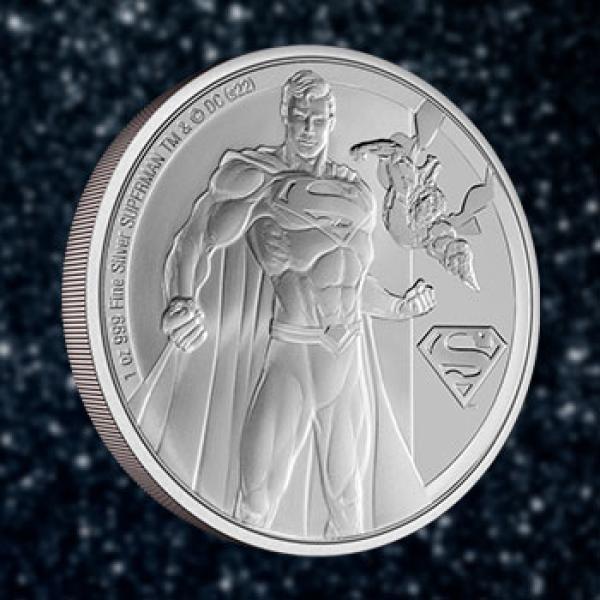 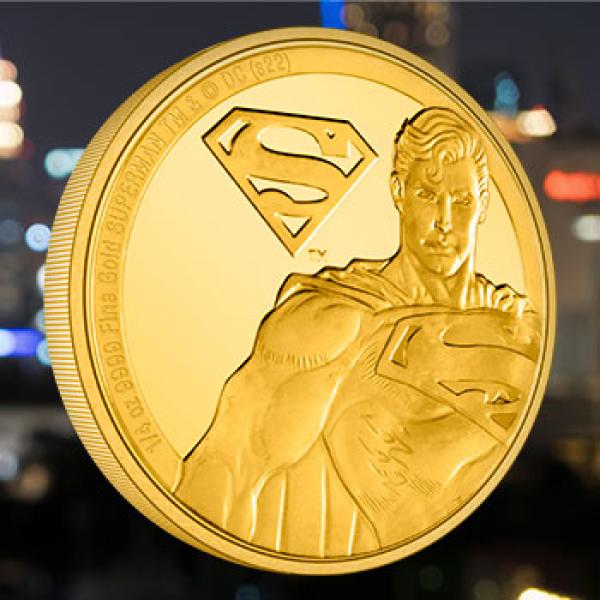 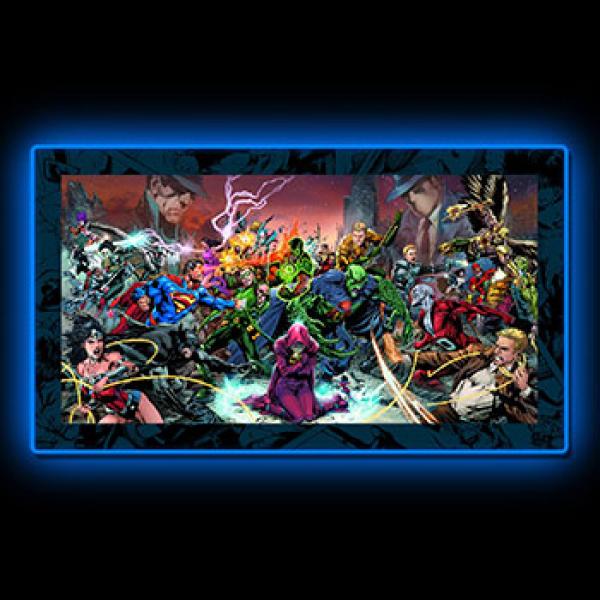