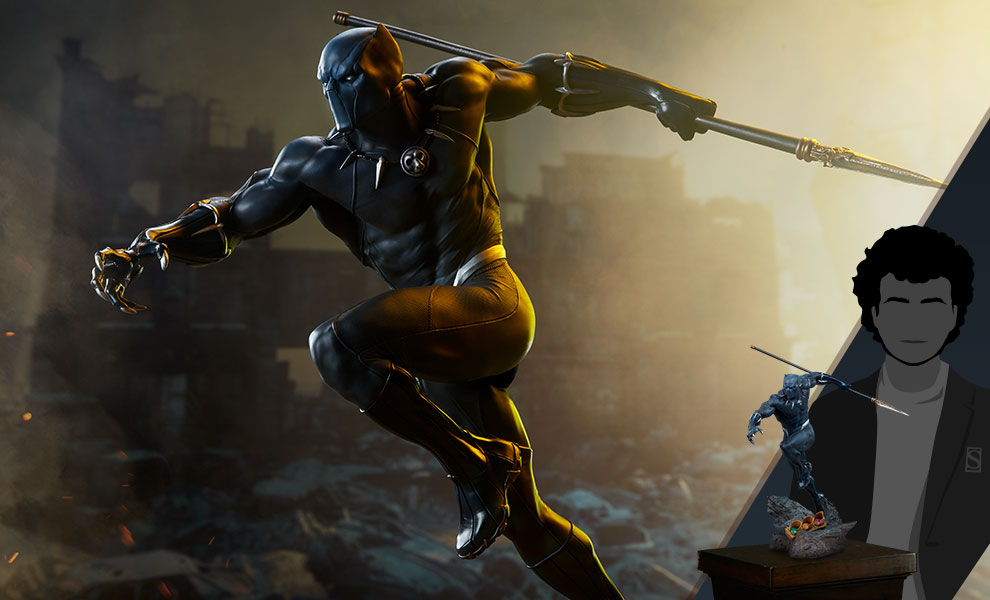 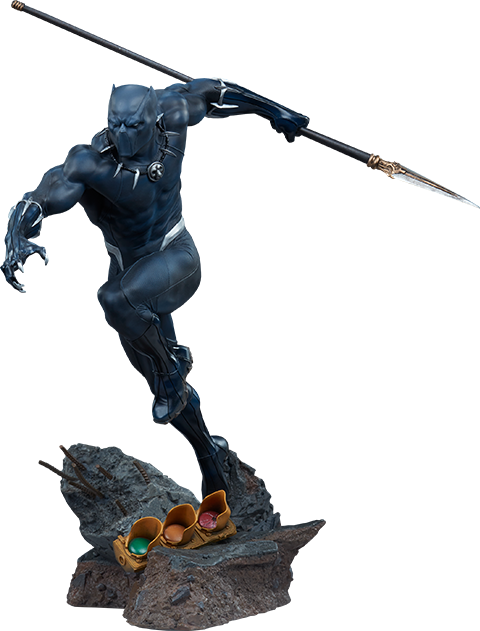 Sideshow presents the Black Panther Statue, leaping into action as a part of the Avengers Assemble Collection.

The polyresin Black Panther Statue measures 16" tall as the King of Wakanda lunges forward in a dynamic and dramatic pose. T’Challa has an athletic and agile physique, bounding into battle and clutching a Wakandan spear weapon to aid his allies. Black Panther’s costume is fully sculpted, complete with silver vibranium accents, unique suit textures, and a panther medallion around his neck. From the bottom of his boots to the top of his catlike cowl, the Black Panther Statue exudes regal authority and tactical prowess in any lineup of Marvel collectibles.

Pair Black Panther with his Avengers allies like Wasp, Iron Man, and Captain America to assemble the ultimate superhero team in your collection! T’Challa’s cracked earth proximity base compliments the other statues in the collection and can be displayed alongside them to create a larger action scene.

Wakanda Forever! Bring home the king and add the Black Panther Statue to your collection today.

A beautiful, well sculpted, detailed, and painted statue. There is a fluidity to it that seems to capture the power of the character. Wakanda forever!!

Thank you guys for crafting one of the most beautiful Black Panther Statue out there. I've been lucky enough to secure one on that sad day :(
Fabulous piece, great amount of details.

We are so impressed with this piece. Its beautiful and sleek design really shows the power and strength in King T'Challa's movement and form.

The quality of the sculpt, painting, weight of the base and the tolerances such as the fit and finish are pretty seamless. All in all it's a high quality item. We're really grateful we got one!

This has recently become one of my favorites pieces. So well done. Grab it.

Black Panther has a new address... MINE!!!.. Love the costume detail the boots... The pose is what really got my attention..
The base is very detailed..WAKANDA FOREVER!!! 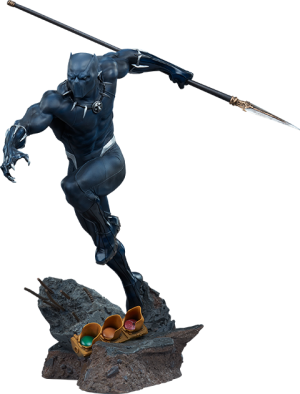