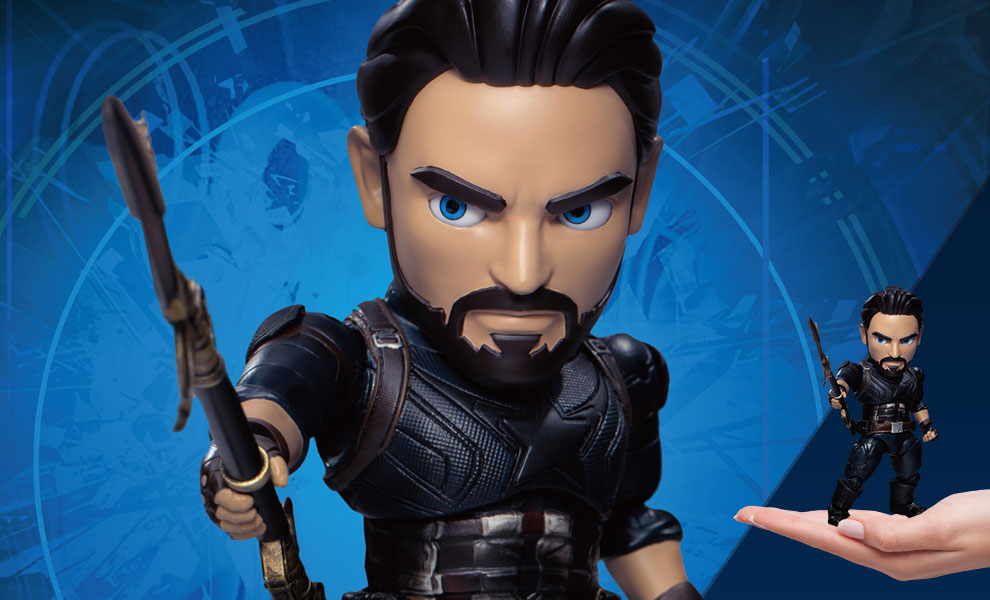 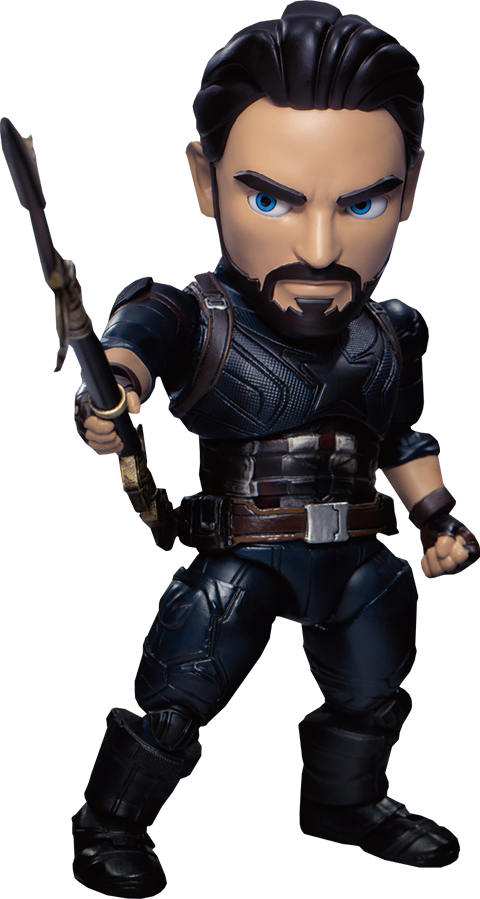 Representing truth, justice, and the American way, Captain America charges into battle with a little help from Wakanda technology. As the battle with Thanos wages on, we find Steve Rogers, tired, battle-weary and with a ragged beard to boot!

Sideshow and Beast Kingdom are proud to present the latest incarnation of The First Avenger, in the midst of the Battle of Wakanda, the frantic fight against world destruction. With intricate paint detailing a battle-worn costume, and a host of extras including a utility belt, Captain America fights on with his included vibranium shields given to him by the Wakanda King, Black Panther himself!

Need to dish out some blows? Then Cap is ready with an amazing 28 point of articulation, and his double-edged vibranium spear, which is perfect to slice down the hordes of The Black Order creatures seeking to destroy the Avengers!

With a strict focus on detail, the EAA-073 is the perfect addition to the growing roster of Earths Mightiest Heroes, so why not re-enact the most famous scenes from the great battle and order one today!