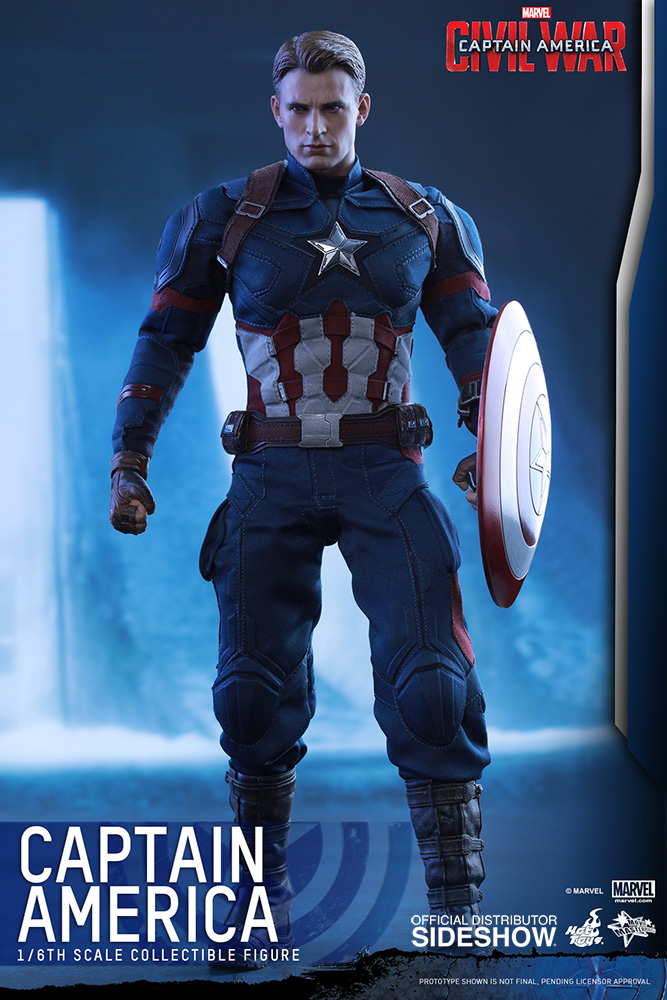 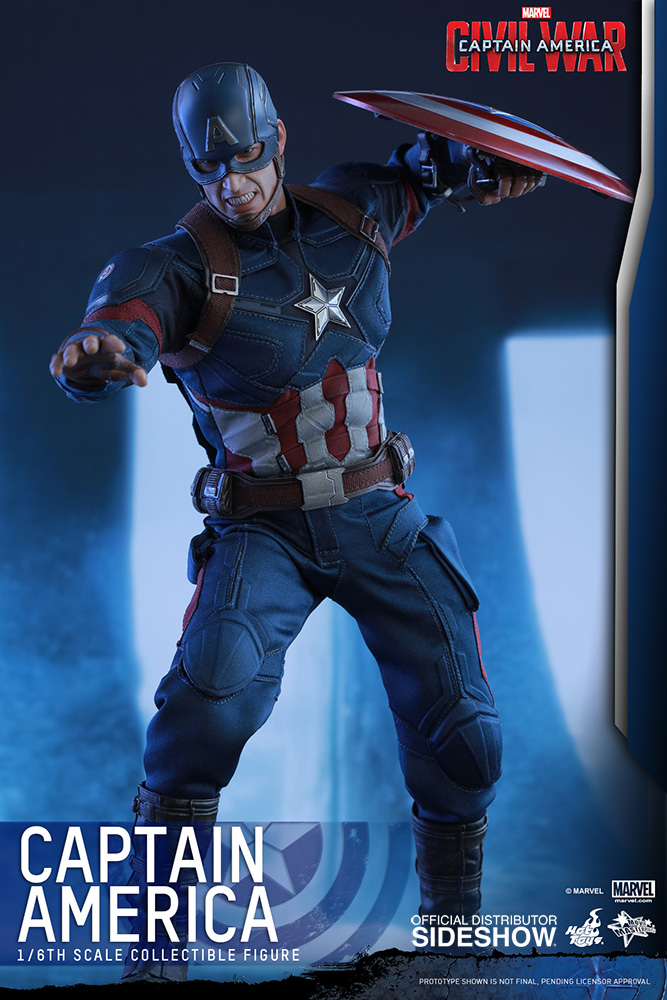 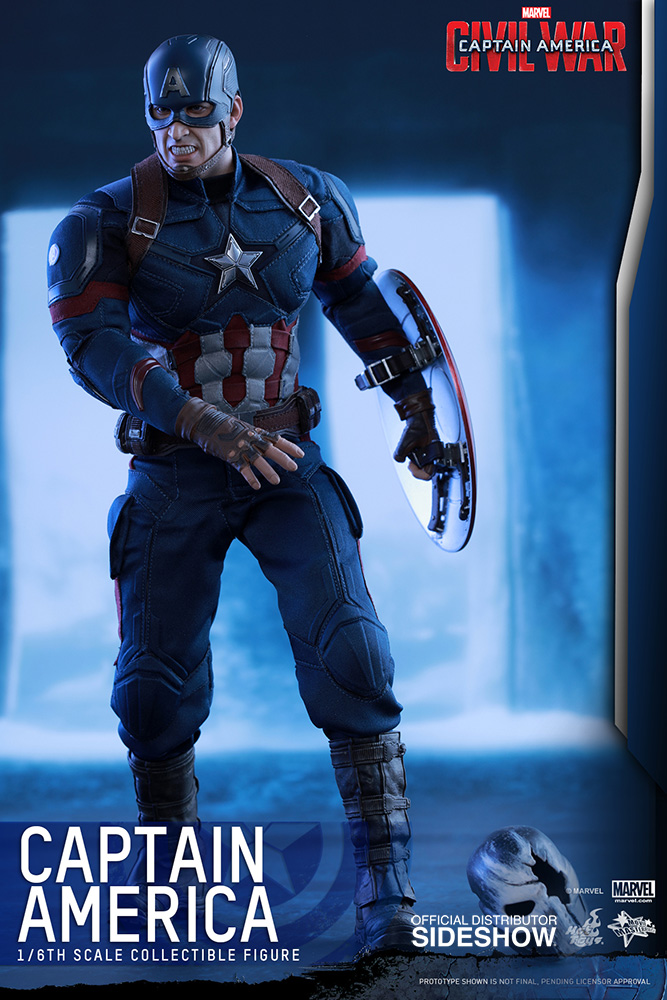 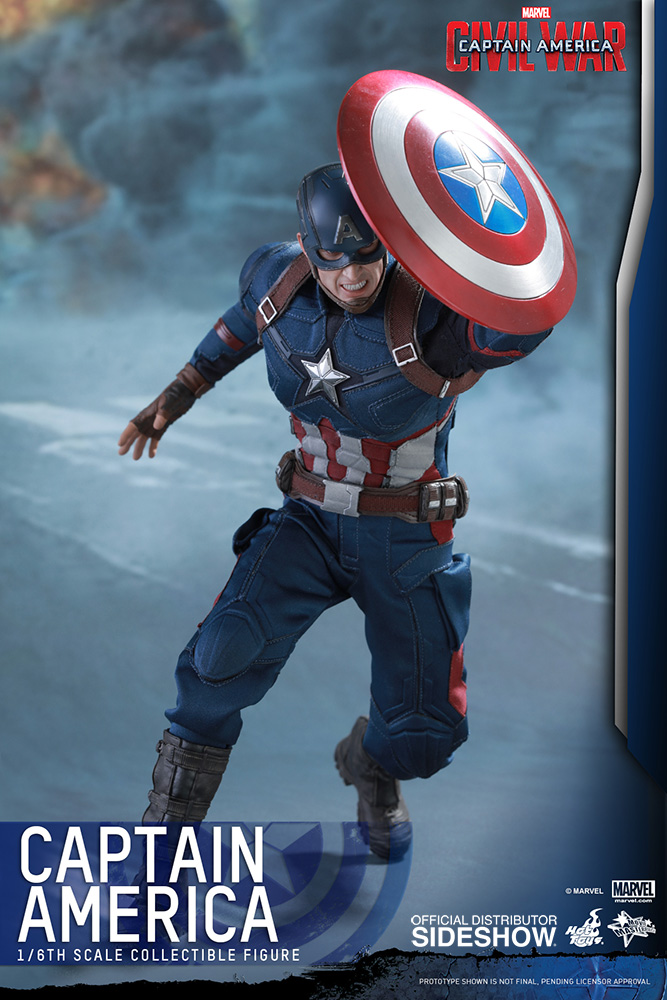 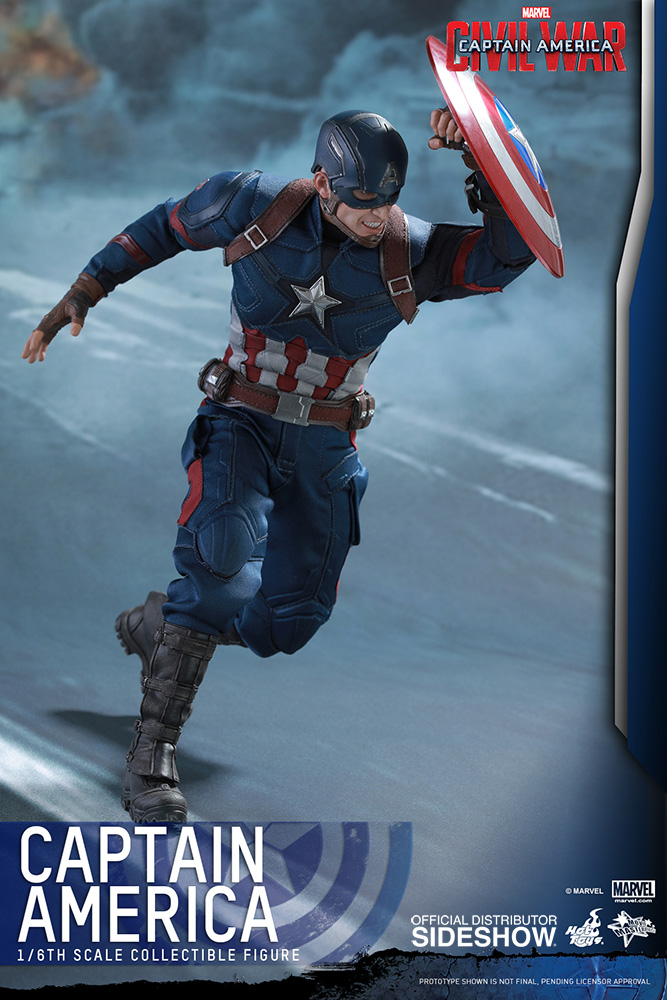 Marvel’s biggest blockbuster of 2016, Captain America: Civil War, is only a few months away. In this exciting new film, the government is becoming concerned with the collateral damage caused by the Avengers and decides to politically interfere with the Avengers’ activities, which divided Captain America and Iron Man over the accountability of the Avengers.

Sideshow and Hot Toys are very excited to present the new sixth scale figure of the main character from the film – Captain America Steve Rogers!

Don’t miss the opportunity to add the leader of Team Captain America to your collection today.

I missed out on the AOU Captain America and I promised myself I wouldn't let the next one pass me by. This is absolutely one of the best all around sixth scale figures I have ever seen. The unmasked head sculpt is fantastic! The shield is amazing! Don't let this one pass you by!

The suit is masterfully crafted, with really great likeness with both masked and unmasked sculpts. The scale is pretty much perfect and the diecast shield is the best looking one so far

Figure looks just like Chris Evans in Civil War. Uniform is spot on and the shield is awesome as well. Can't wait to get Iron Man XLVI!!! May not be able to get all the figures from Civil War, but I'll at least have the leaders of each team!!!

This is my favorite Hot Toys Captain America so far. The older versions were nice but this really captures his uniform.

Being my favorite Marvel character, this stands with the Age Of Ultron figure as the best Cap 1/6 figure so far. The switching of the facial expressions puts this one over the top for dynamic poses. Great figure