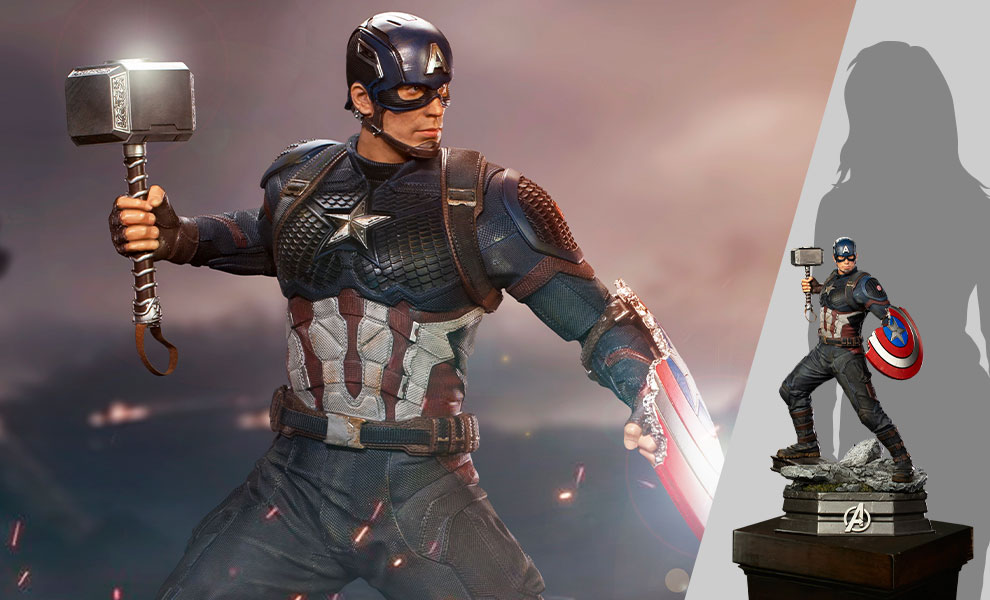 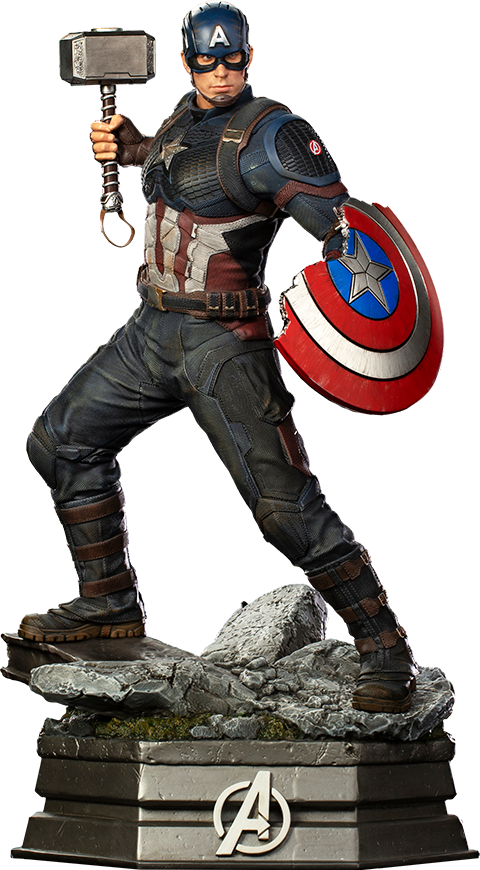 In the final fight to reverse the decimation of half of life in the universe caused by the fearsome Thanos, Steve Rogers wields Thor's mystic hammer Mjölnir, showing himself as worthy, along with his inseparable, yet damaged, shield. From his origins fighting in World War II, until his rebirth, when he was rescued by S.H.I.E.L.D. after being frozen for decades, and his union and leadership as head of the Avengers, to his rebellion against a system corrupted by the evil Hydra organization, his entire trajectory led him to this moment. Masterfully replicated and presented by Sideshow and Iron Studios in the Captain America - Infinity Saga - Legacy Replica 1:4 Scale Statue, which celebrates more than ten years of the Marvel Cinematic Universe.

Directed by Anthony and Joe Russo, Avengers: Endgame is the direct sequel to Avengers: Infinity War, and the 22nd film, and conclusion, of the Infinity Saga of the MCU, where surviving members of the Avengers and their allies attempt to reverse the damage caused by Thanos.

In the final battle, Thanos summons his entire army to destroy Earth. Captain America is warned by his friend and ally Falcon about the warp portals that have begun to appear. These portals resurface every superhero who vanished in the decimation, starting with Black Panther, then Dr. Strange, the Guardians of the Galaxy, Spider-Man, Masters of the Mystic Arts, Wakanda's Army, Captain Marvel, Pepper Potts in her armor called "Rescue" and even Howard the Duck. Along with the other surviving Avengers, beneath the ruins of the group's former HQ, with all heroes truly united, Captain America declares "Avengers assemble!”

Meticulously faithful to the smallest details, from his costume to the features of actor Chris Evans, who has played the hero since 2011, this grandiose statue is already available to order. 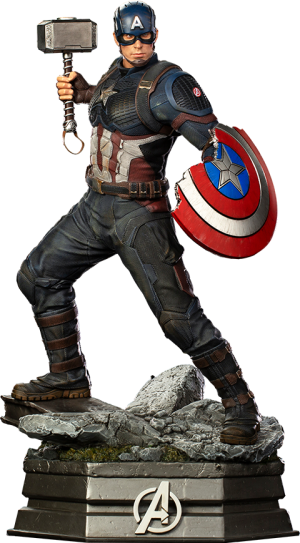