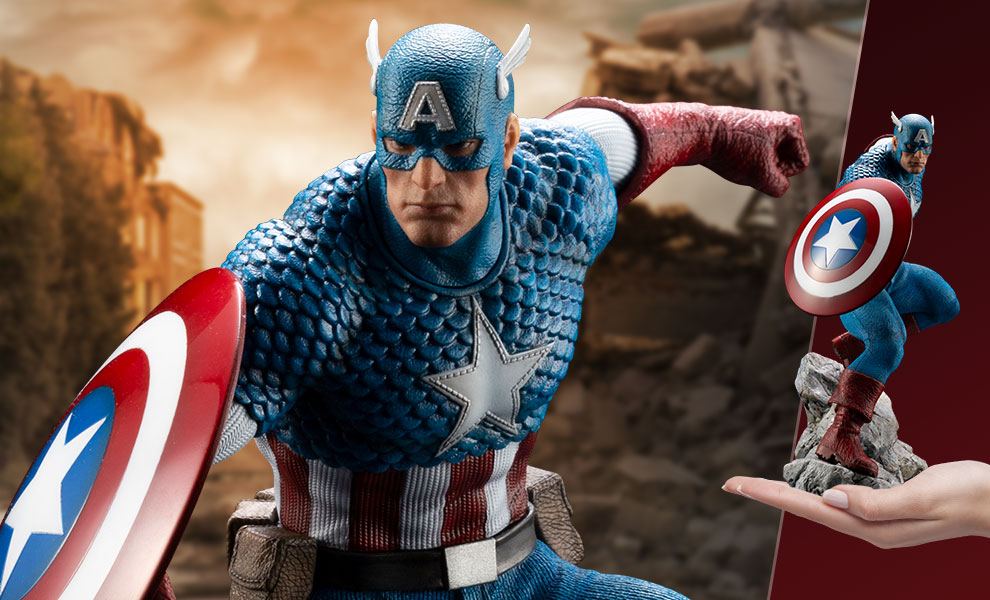 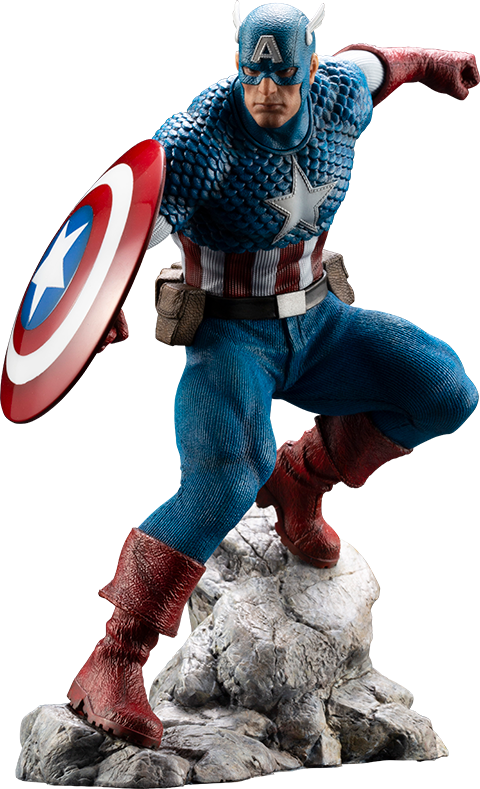 The time has come for the next evolution in ARTFX, and Kotobukiya is proud to debut the incredible ARTFX Premier Statue line.

ARTFX Premier is a high-quality statue line that challenges the limits of product development by capturing characters in the highest possible level of detail, and that premier quality can be seen in every aspect of this patriotic hero.  Created in 1941 by Joe Simon and Jack Kirby, Captain America combines superhero stories with patriotism and the fight against oppression in the world.  Recruited into a secret “Super-Soldier” program, Steve Rogers was given a serum and radiation that transformed him into a paragon of human athleticism.  Since his introduction Captain America has been one of Marvel’s most popular characters, and his appearances in the Marvel Cinematic Universe have only strengthened that acclaim.

Now you can celebrate the iconic superhero with this definitive collectible! The quintessential hero standing up for what’s right, Captain America is here to protect the innocent at all costs.  He dives into battle, leading with his shield as he traverses broken terrain at a run.  Thanks to the advanced craftsmanship incorporated into the ARTFX Premier line Captain America is rendered in glorious detail like never before with expert sculpting, injection molding techniques, and revolutionary paint applications.

Cap’s star-spangled Vibranium shield looks amazing with it's glossy finish. However, Steve Rogers’ extremely lifelike facial portrait is the focus point of this presentation, and it can be enjoyed from a variety of angles thanks to expert paint application capturing photographic realism. Sculpted by RESTORE, Captain America stands nearly 10 inches tall (1:10 scale) in his crouching pose on a rocky display base.  He comes to you in sophisticated packaging overflowing with detail including a marble-inspired background motif as well as an original illustration based on the figure.

Additionally, each limited edition statue comes with a certificate and collector number printed in gold, certifying each piece is a one-of-a-kind original.  Captain America will be a beacon for freedom and a centerpiece in your collection, whether you display him by himself or alongside other heroes in the ARTFX Premier series!