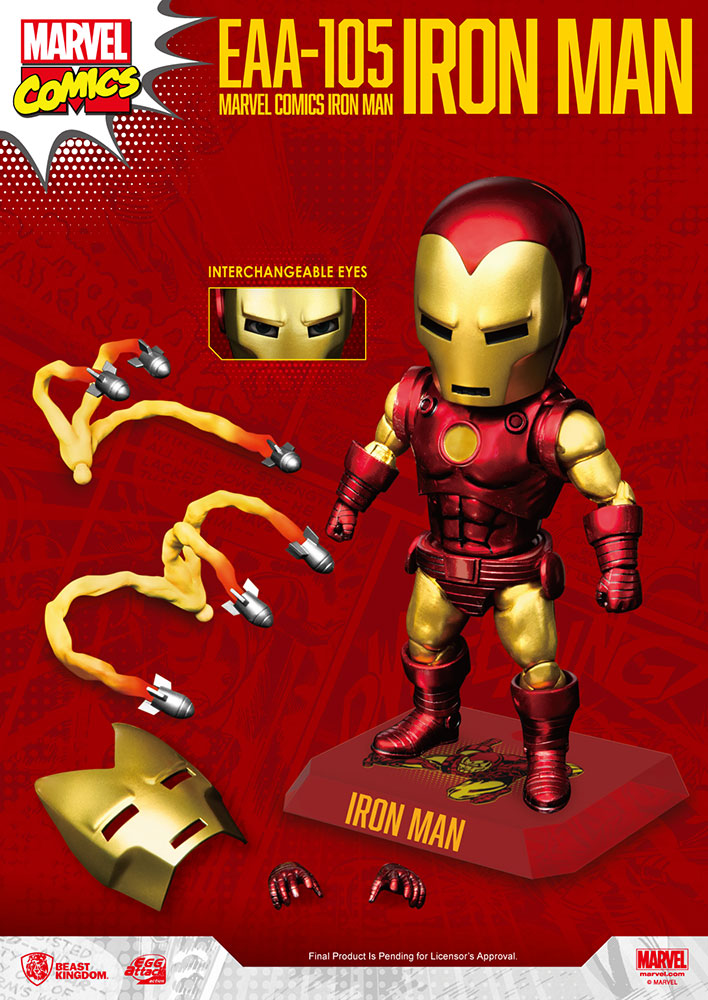 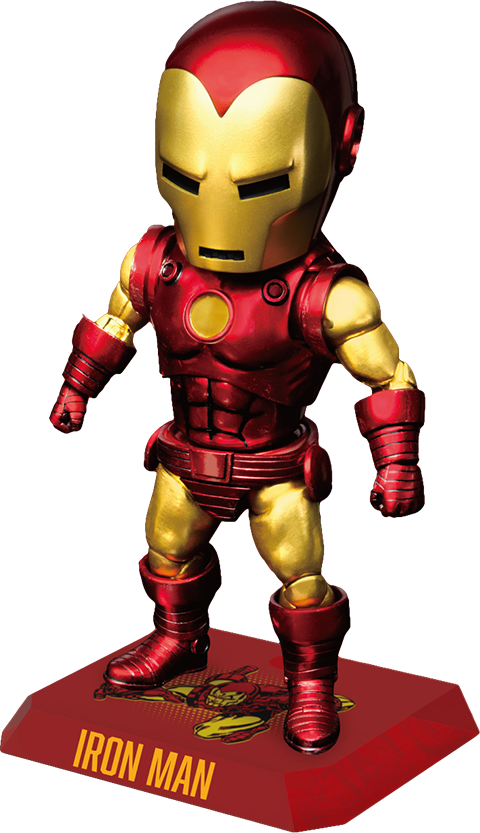 Joining the EAA (Egg Attack Action) series of stylized action figures by Beast Kingdom is Classic Iron Man!  Iron Man is one of the most recognizable superheroes since the dawn of the MCU. Marvel’s iconic red and gold star has been a staple of both the comics and now the movies for the past 60 years. In the original classic comics from the early 1960s, the character had a much less sleek look with a real focus on showing his power and strength.

The EAA (Egg Attack Action) series of stylized action figures by Beast Kingdom are a range of 6-inch renditions of pop-culture characters. With the EAA Classic Iron Man figure, fans can enjoy a recreation of the original comic book design. The conforms of the muscles as well as the look of real iron plates hark back to the golden age of comic books from Stan Lee’s tenure at Marvel comics in the 1960s. The hot red and gold coloring are recreated with metallic effects, as well as a light-up led function in the Arc-Reactor chest. Equipped with missile projectiles as well as a branded base, this retro-inspired superhero figure is one for collectors of classic Marvel Comic designs!