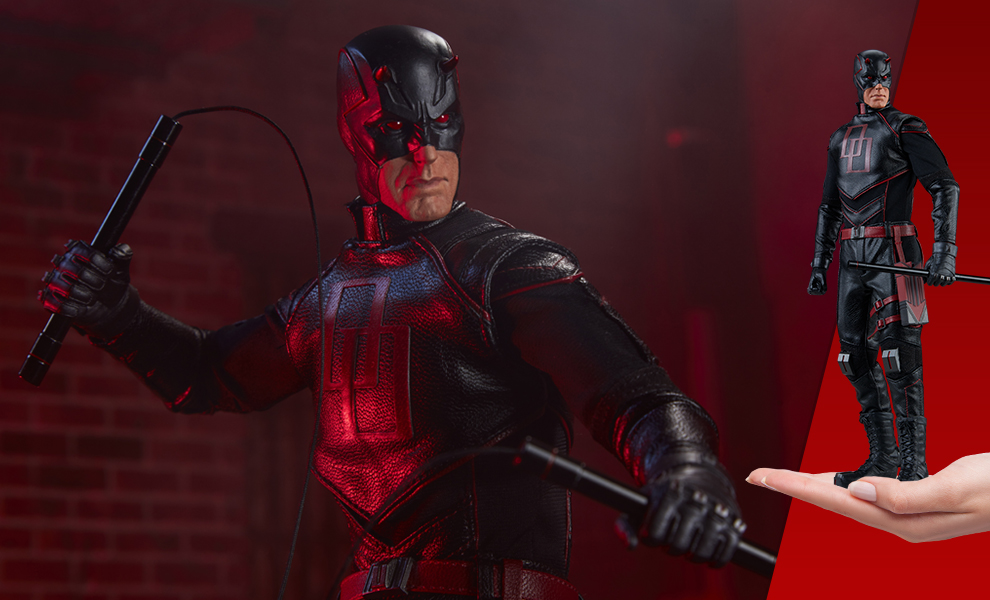 “Justice is what we make it.”

Inspired by the Marvel Comics storyline Shadowland, the Daredevil: Shadowland Sixth Scale Figure captures Matt Murdock’s dark persona as the leader of The Hand, a secretive ninja clan. Daredevil wears a black fabric bodysuit with red accents and sculpted armor, complete with red eyes and horns on his beastly cowl.

The Daredevil: Shadowland Sixth Scale Figure comes with a number of swap-out elements, allowing you to pose your Marvel collectible with ninja precision. His signature billy club has interchangeable parts allowing for three unique configurations including the full staff, dual billy clubs, and nunchaku. Matt Murdock also includes eight sets of black gloved hands; a pair of fists, a pair of gesture hands, a pair of angled grip hands, and a pair of straight grip hands. Unleash the Beast of the Hand with these accessories and complete your dynamic display with the additional flight attachment for the base, which allows for aerial poses.

The Daredevil: Shadowland Sixth Scale Figure is limited to an edition size of 400 pieces, so don’t miss this must-have collectible for fans of Marvel Knights!