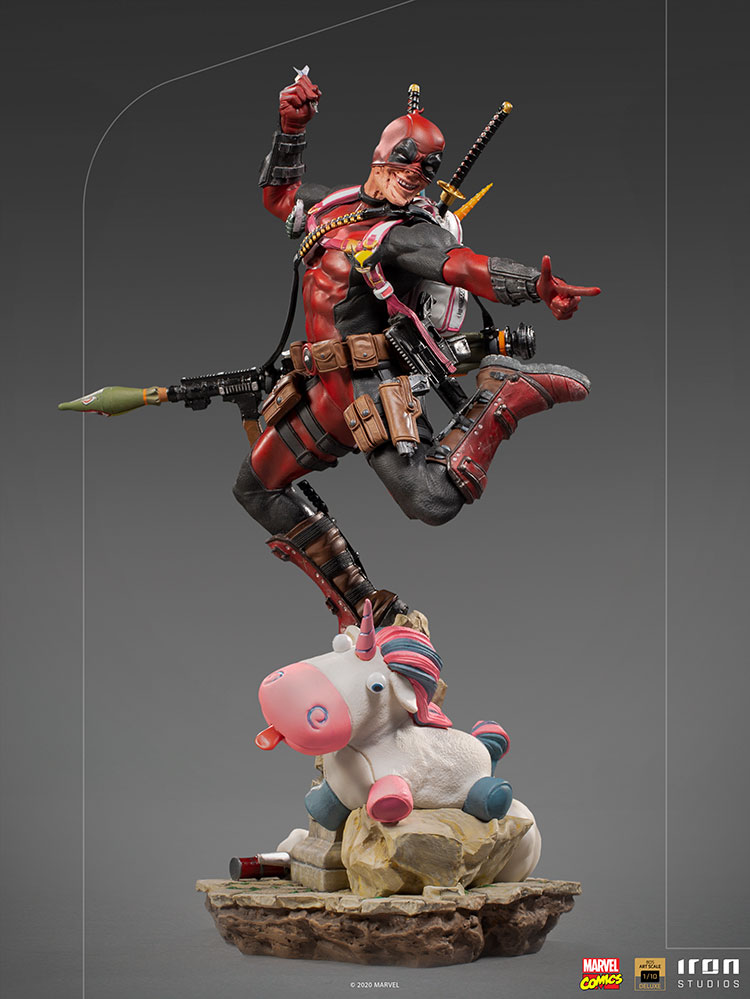 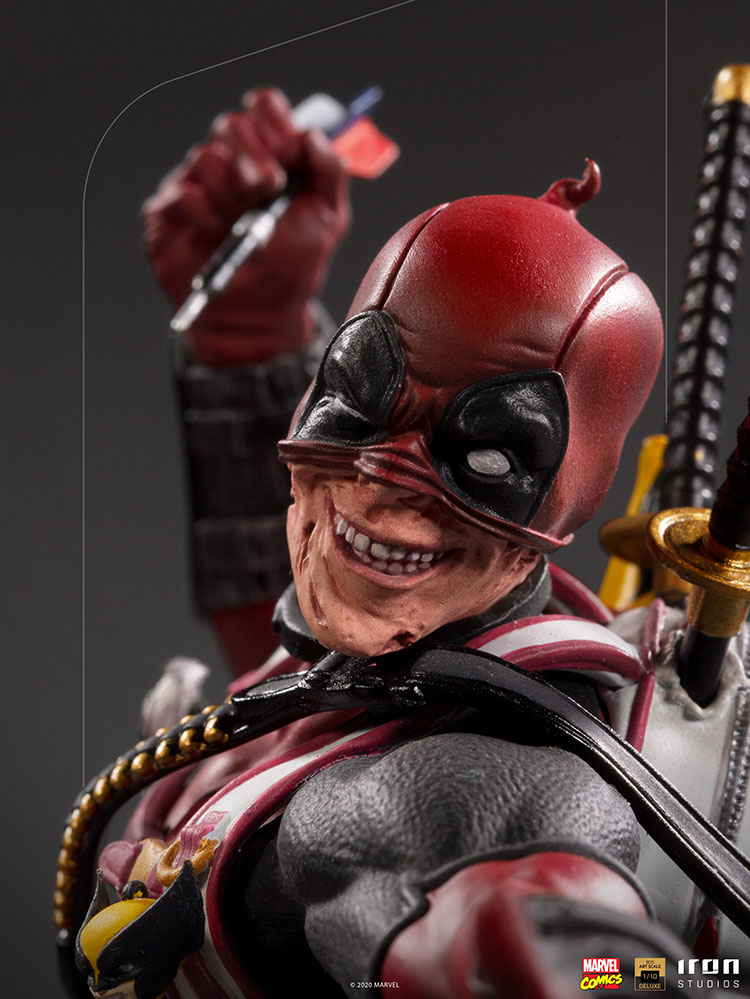 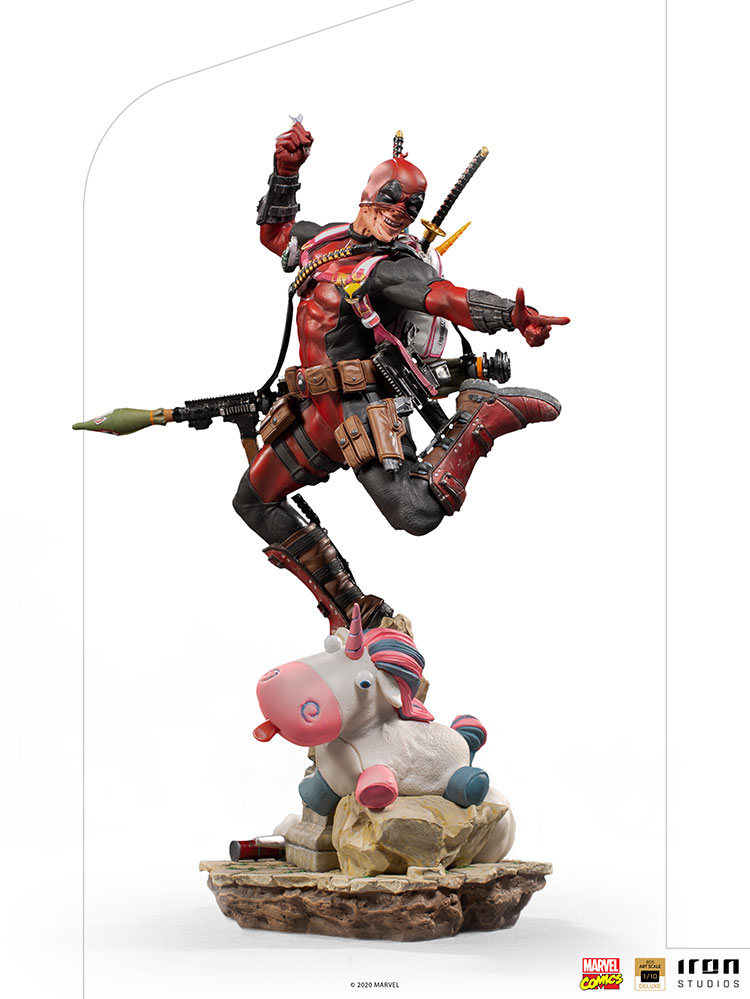 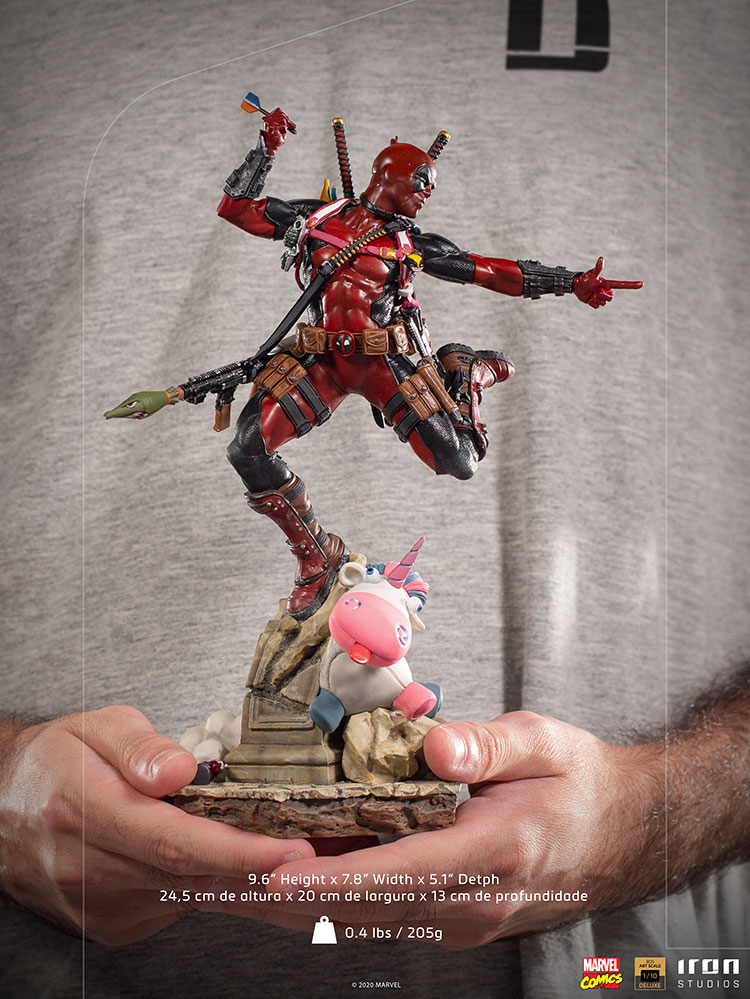 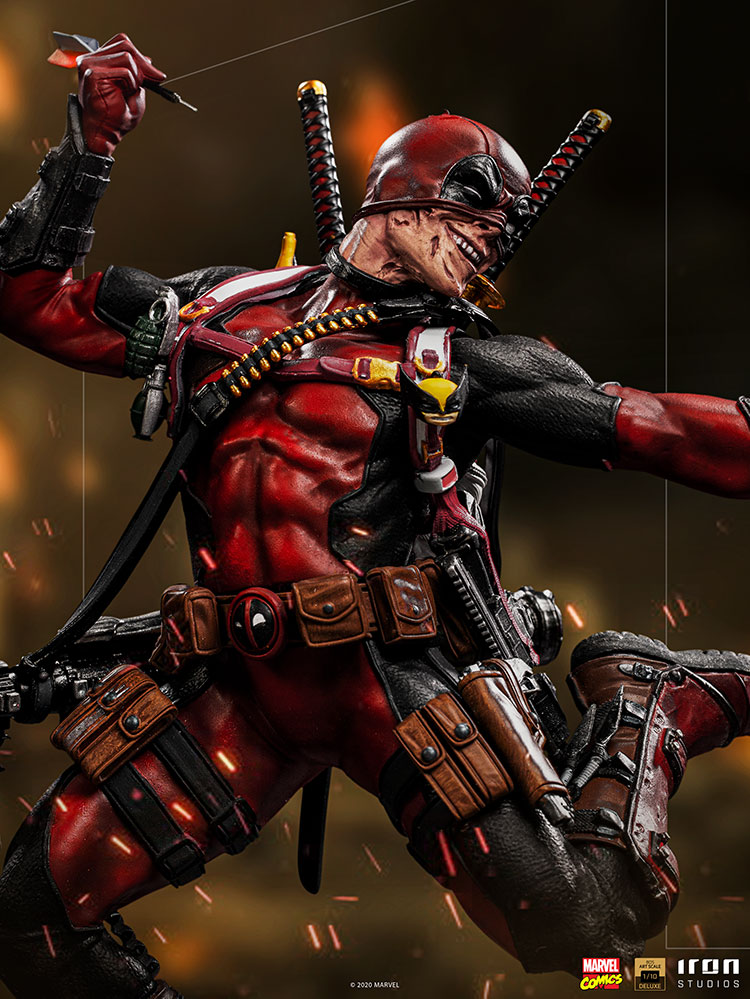 Sideshow and Iron Studios are proud to announce the latest from the Battle Diorama Series Art Scale 1:10 line - Deadpool Deluxe! Based on the original X-Men references from Marvel Comics, this polystone statue is hand-painted and limited edition.

As he would describe … Bouncing forward against my enemies, I, the Crimson Comedian, the scourge of the Chimichangas, the Merc with a Mouth, the Regenerating Degenerate, the Red, Wade Wilson, or as you know me better, Deadpool, comming for action, reaction and fun in one more best collectible statues from Iron Studios!

Bearing my simple and discreet arsenal of weapons and accessories, as an intrepid and courageous Canadian hero (* modesty limits me to other adjectives) I jump as if riding an imposing plush unicorn (I have no idea how he got there), resembling to mine modern utility combat backpack, amid rubble of the demolished old Mansion X (* which I never really insisted on entering), I´m ready to defend my allies, whoever, I determine my target to launch a warning dart (*or will a dart with poison?) … Anyway … This is how Iron Studios presents Deadpool – Marvel Comics – BDS Art Scale 1:10 – Iron Studios, a spectacular statue approved by the “Pool” quality control.

Created by Fabian Nicieza and Rob Liefeld in 1991, “Wade Wilson” or “Deadpool” emerged as a kind of parody of DC villain also “Slade Wilson” or “Deathstroke”, but writers Joe Kelly and Ed McGuinness from 1998 gave their own style, full of acid humor and satirical references that made the character the great success he is. Wade had incurable cancer, so he underwent treatment as a guinea pig for the Canadian government where he was artificially injected with Wolverine’s healing factor. As a result he healed from cancer, and gained a healing factor that goes beyond Wolverine’s, his body can also self-regenerate, but his skin in the process was compromised, giving Wilson a grotesque appearance, so he rarely his remove mask and costume.

With an extra interchangeable head, Deadpool arrives to add to the X-Men battle diorama, but also, in addition to working well individually, he can compose different scenarios according to the collector’s wish, on different sides, as an allied hero of the X-Men, his most common role as an enemy mercenary … Who knows? After all, Deadpool is unpredictable. 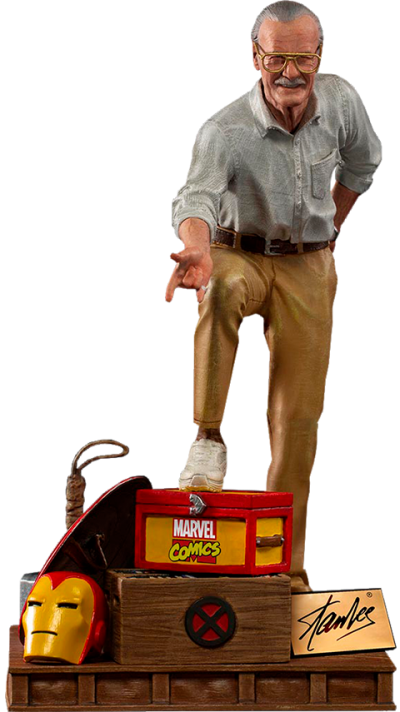 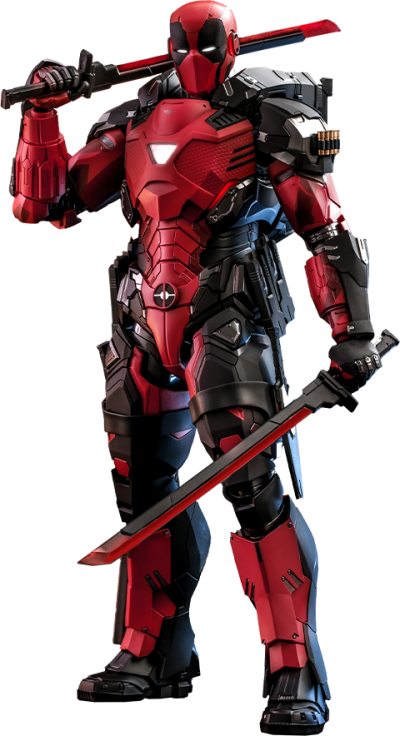 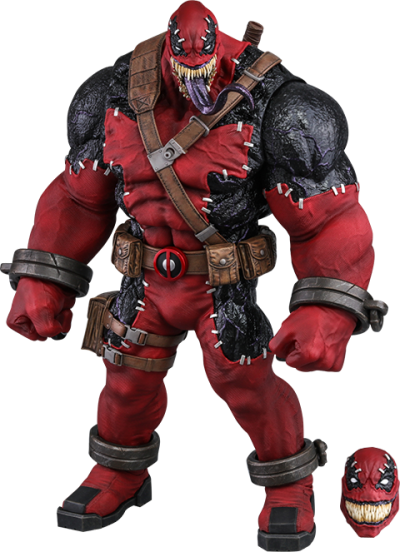 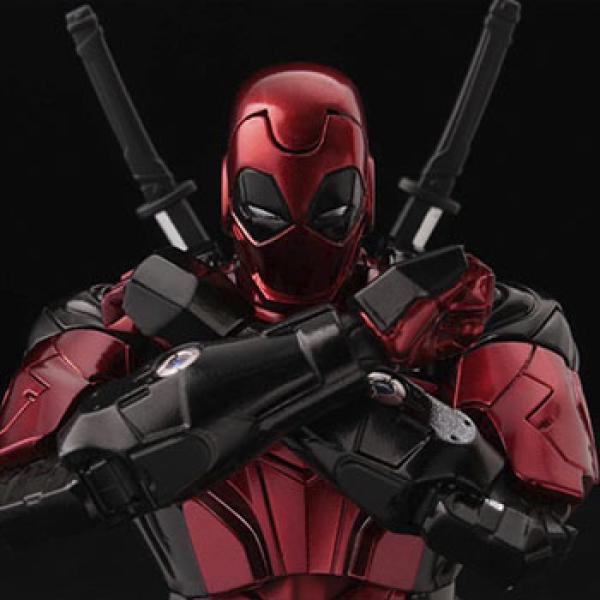 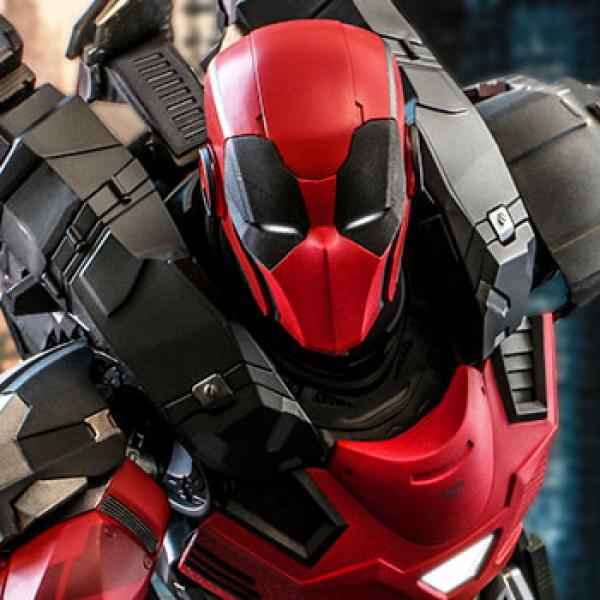 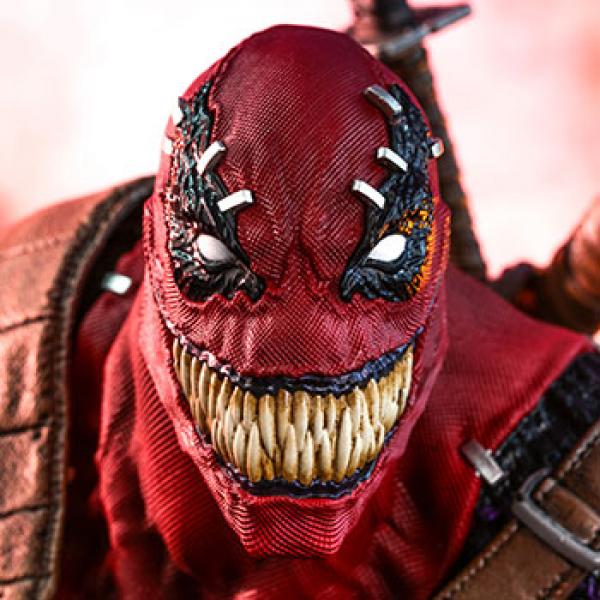 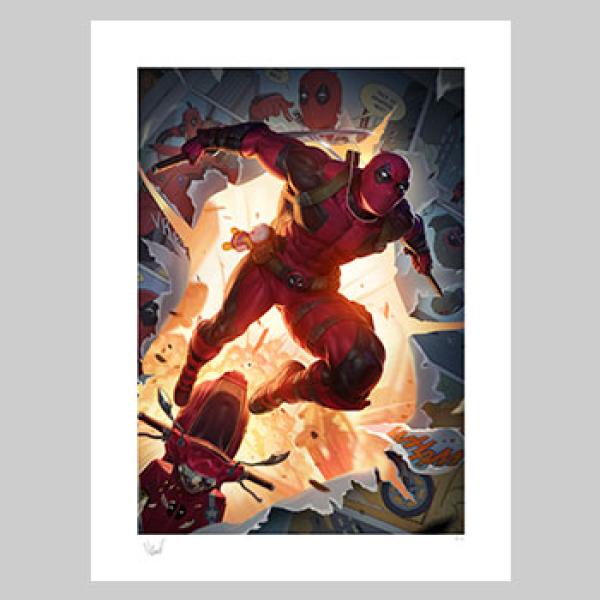