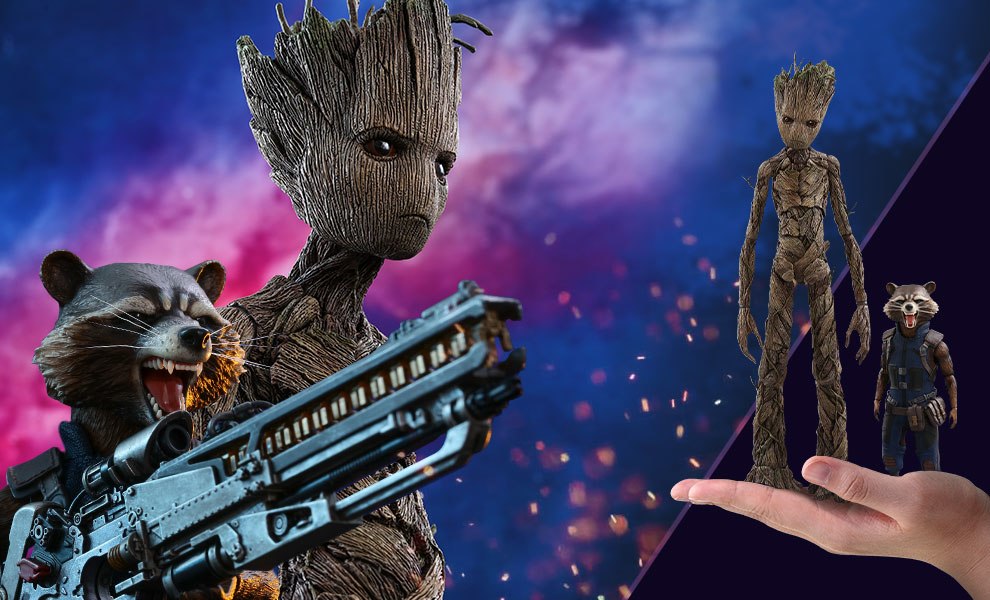 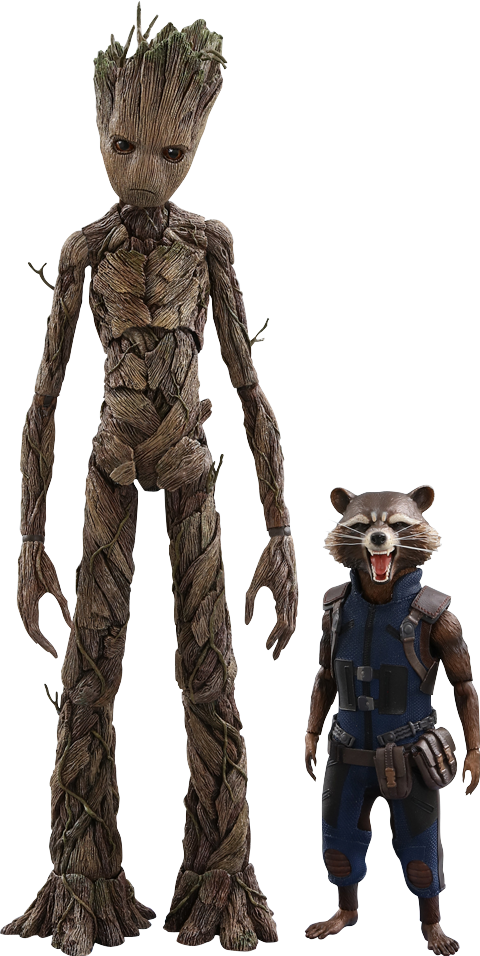 Get ready for the return of Rocket and Groot in the epic Avengers: Infinity War, which unveils a first look of the Guardians of the Galaxy teaming up with the Avengers! Under the care of the Guardians, Groot continues to prove himself as a dependable hero while battling alongside with his comrade Rocket!

Sideshow and Hot Toys are delighted to present the sixth scale collectible set of Groot and Rocket from Marvel’s film Avengers: Infinity War.

The newly developed Groot is expertly crafted based on his appearance in the film, featuring a finely sculpted head with 2 interchangeable face sculpts, impressive paint application on his body reflecting his distinctive appearance, blaster rifle, handheld game console and a movie-themed figure stand with movie logo.

The movie-accurate Rocket is specially crafted based on his unique physique in the film, it features a newly painted head portraying his roaring expression with a remarkable likeness, specially tailored combat suit, interchangeable hands and feet, all-new highly detailed blaster rifle, and a specially designed movie-themed figure with movie logo.

Don’t pass up on a chance to grab the Marvel’s galactic inseparable duo Rocket and Groot collectible set to expand your Avengers: Infinity War collection!

This is my first purchase for the Infinity War line and they are absolutely astonishing! The details on both of these characters are stunning! I really love the bark look and feel that groot has and the sprouts coming off of him. Rockets weapons never fail to amaze me! Would definitely recommend!

Fast shipping, everything arrived in good condition. The detail on each figure is amazing. From the expression on Groot and Rockets faces to the detail with the whiskers on Rocket and wood like texture on Groot. Very pleased with this purchase. Great addition to my collection.

The Groot and Rocket figures are my first Hot Toys. Shipping was fast. Packaging was excellent. Really enjoyed these items.

These two figures are very simple but once again Hot Toys has done an amazing job of producing and creating these figures. 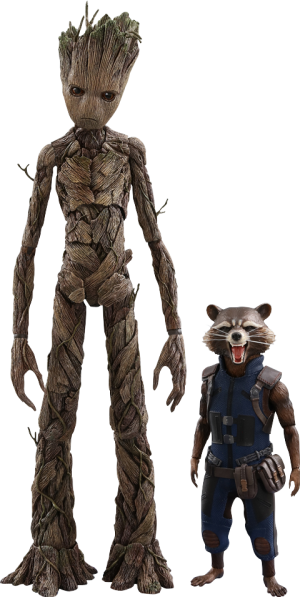