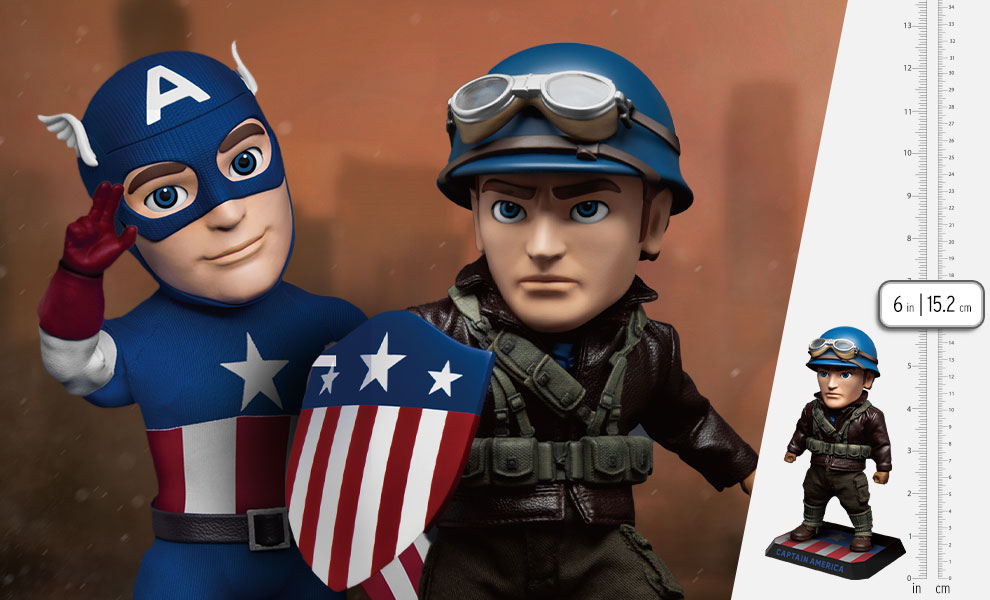 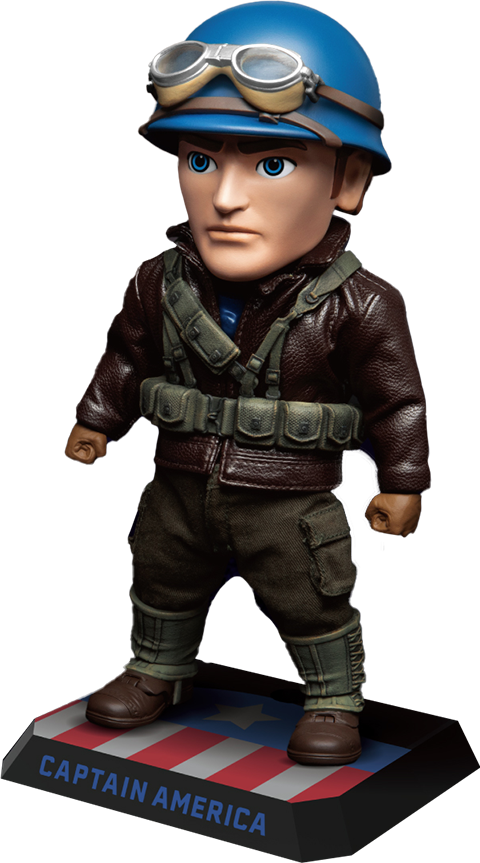 It has been exactly 80 years since 1941’s Captain America was released in comic book form to a rapturous welcome. Bringing patriotism to the masses when the world needed it the most during the second world war, Captain America came to epitomize all that was just, true and dignified.

Steve Rogers became a generational aspiration, and now with the launch of the MCU and the Infinity Safa in the 21st century, a whole new generation has come to appreciate the awe-inspiring strength of the captain!

Beast Kingdom’s EAA (Egg Attack Action) series of 6-inch, highly articulable action figures is launching the most patriotic figure of them all, the Infinity Saga Captain America 80th DX Version collectible figure, bringing to life two of the captain’s most recognizable outfits from the first film, Captain America: The First Avenger. Mounting a one-man rescue, Steve Rogers dons a leather jacket to make his USO costume a little less conspicuous. Dubbed the ‘Rescue Uniform’ it is utilitarian as well as stylish.

Using real material for the Jacket, and trousers, as well as a dedicated head, sculpt with a helmet, Captain America is ready to go into battle. Not forgetting the metallic shield is also ready to protect with included bullet impact effects. Yet it was in the original outfit at the USO Show, where we saw Captain America don the star-spangled banner costume that came to epitomize his look. The included head sculpt with side wings, as well as a full cloth costume shows off his stage presence as well as his strength.

For fans of the very first Avenger, this is one deluxe set not to be missed.