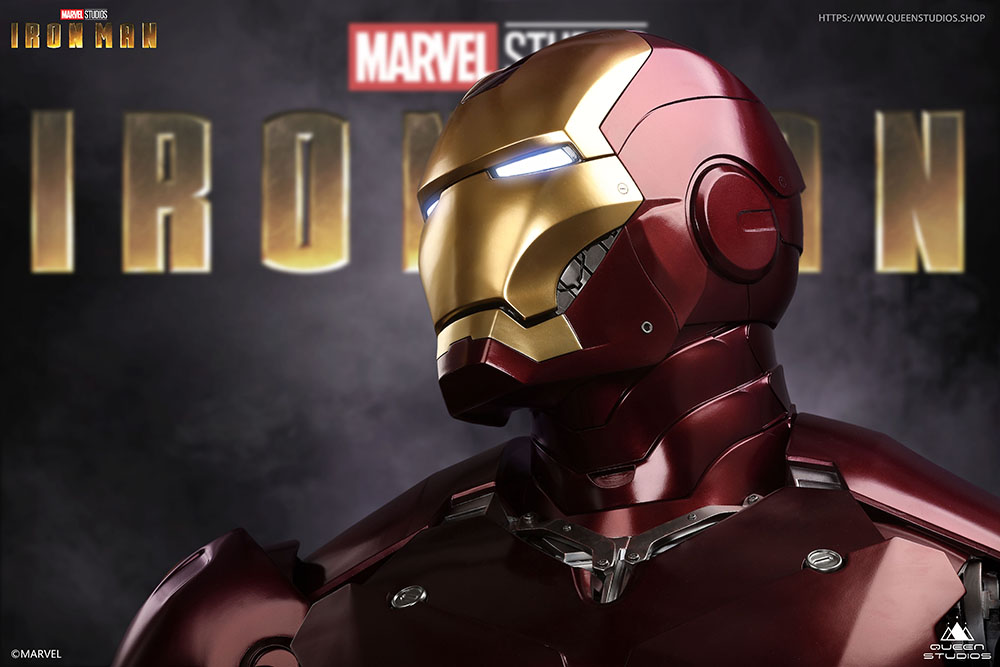 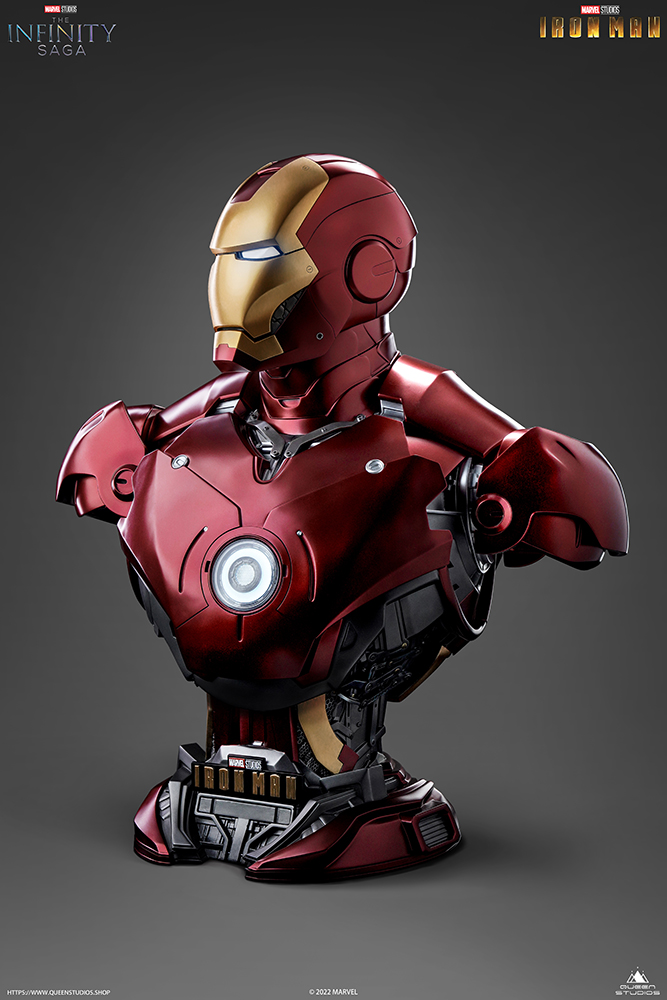 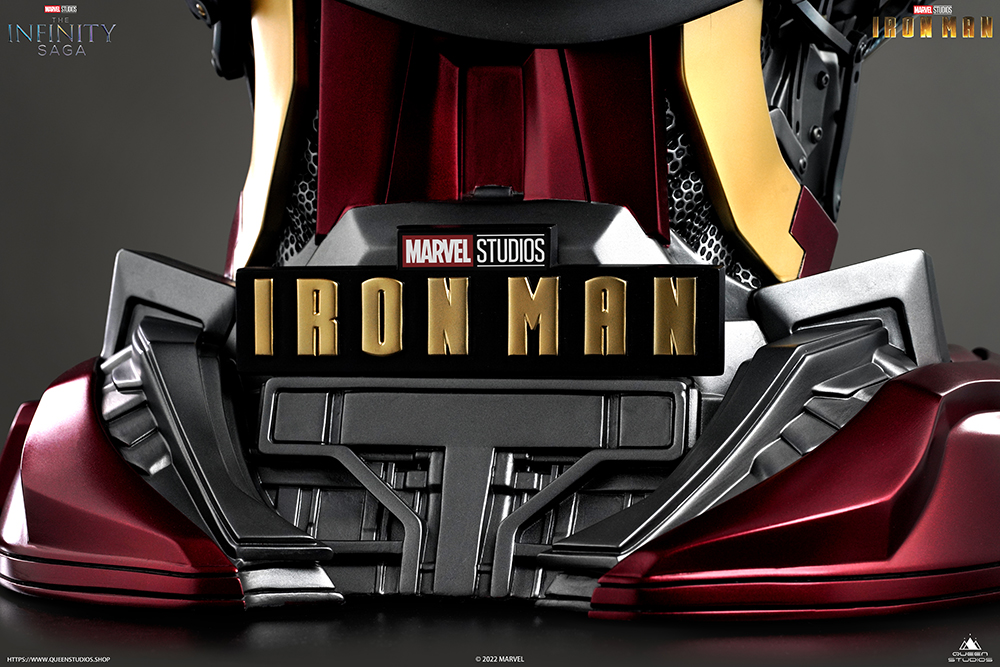 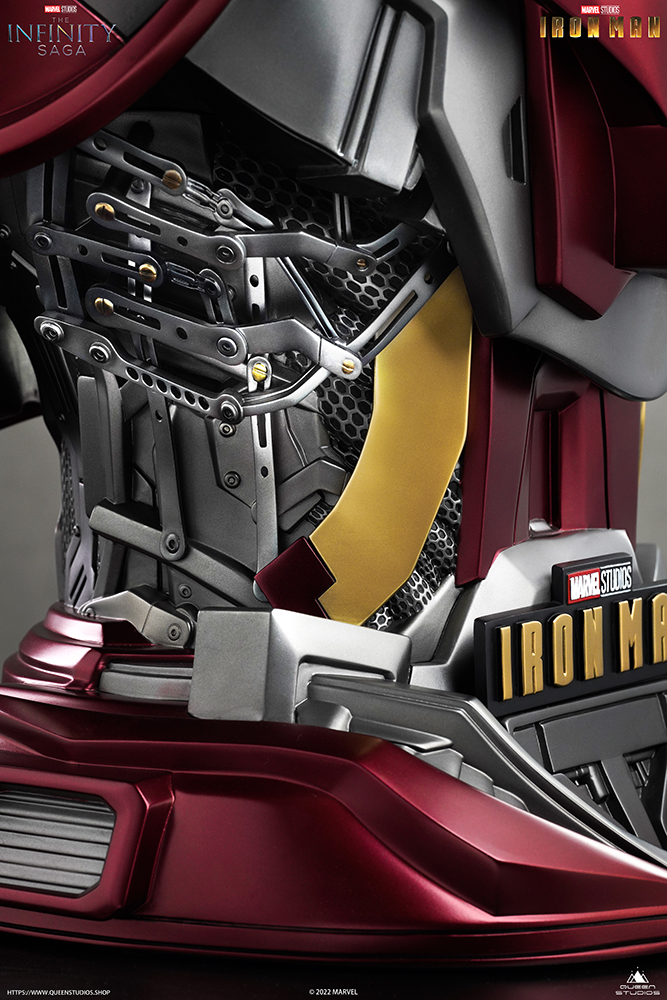 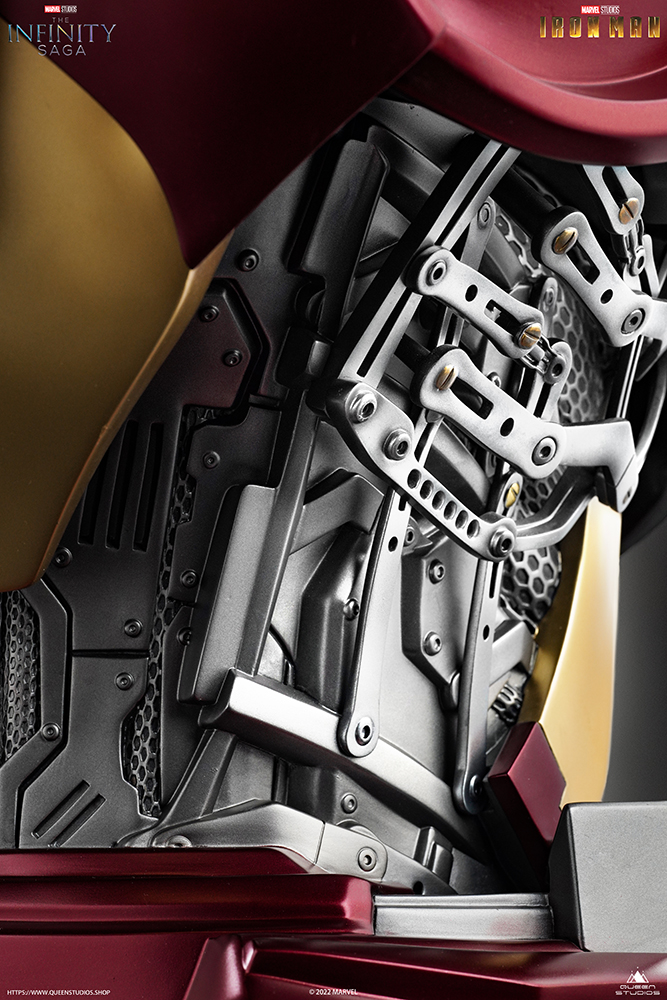 Tony Stark's third Iron Man Armor, the Mark III first appeared in Marvel Studios' Iron Man 2008. An upgrade from the Mark II, the MK3 was constructed of a gold-titanium alloy and was the first suit to adopt the classic red and gold color scheme. Stark later added the Mark 3 to his hall of armor and it has since become one of his most iconic suits.

This 1/1 scale Iron Man Mark 3 Bust includes the full chest, back, and shoulders of the armor. From the side view of the bust, the mechanical insides of the suit are visible highlighting the complexity of Stark's designs. The arc reactor in the center of the chest and the eyes have a light-up function and glow. The head is patriotically facing rightwards. The base is modeled from the original Mark 3 hips and connects with the bust from the center and moves outwards to the underarms.

Don't miss your chance to add the Iron Man Mark 3 Life-Size Bust to your armory.

This is a must have for any real iron man fan. Words can’t describe how awesome this is in person. It commands attention. I love it 3000!