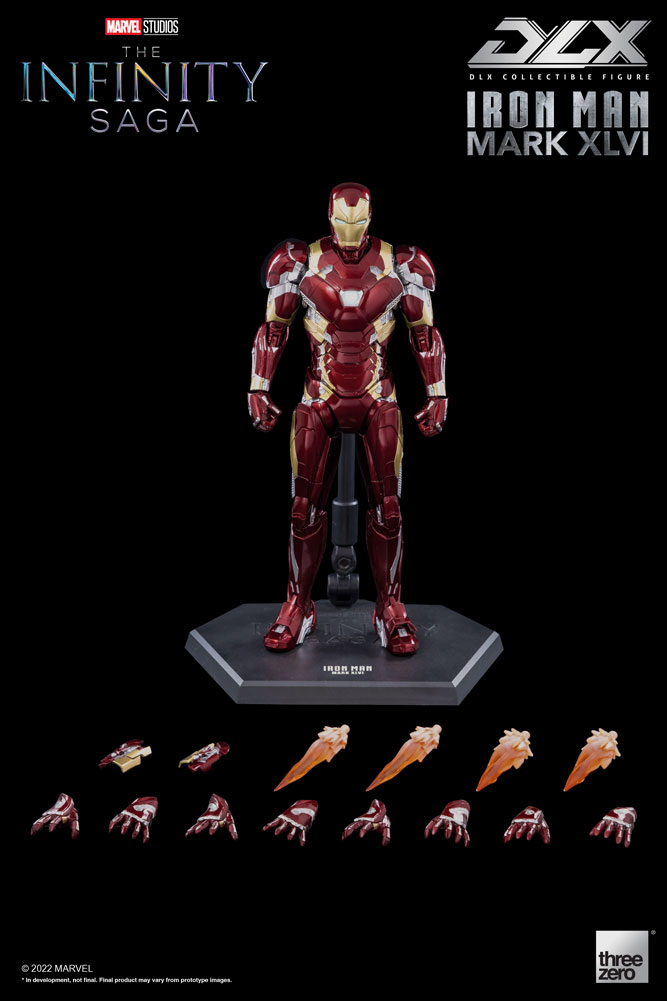 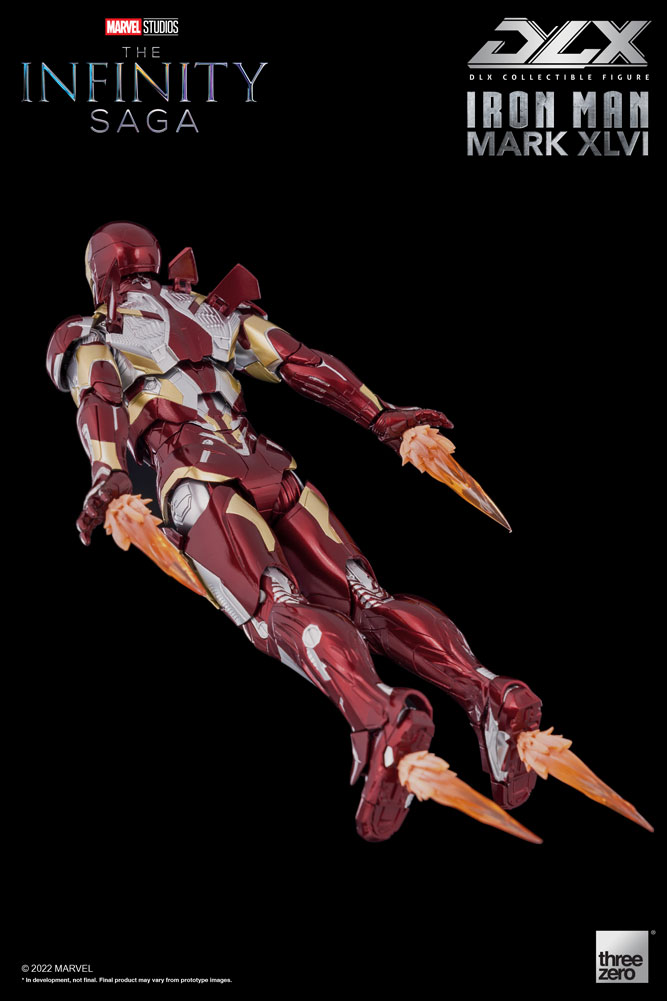 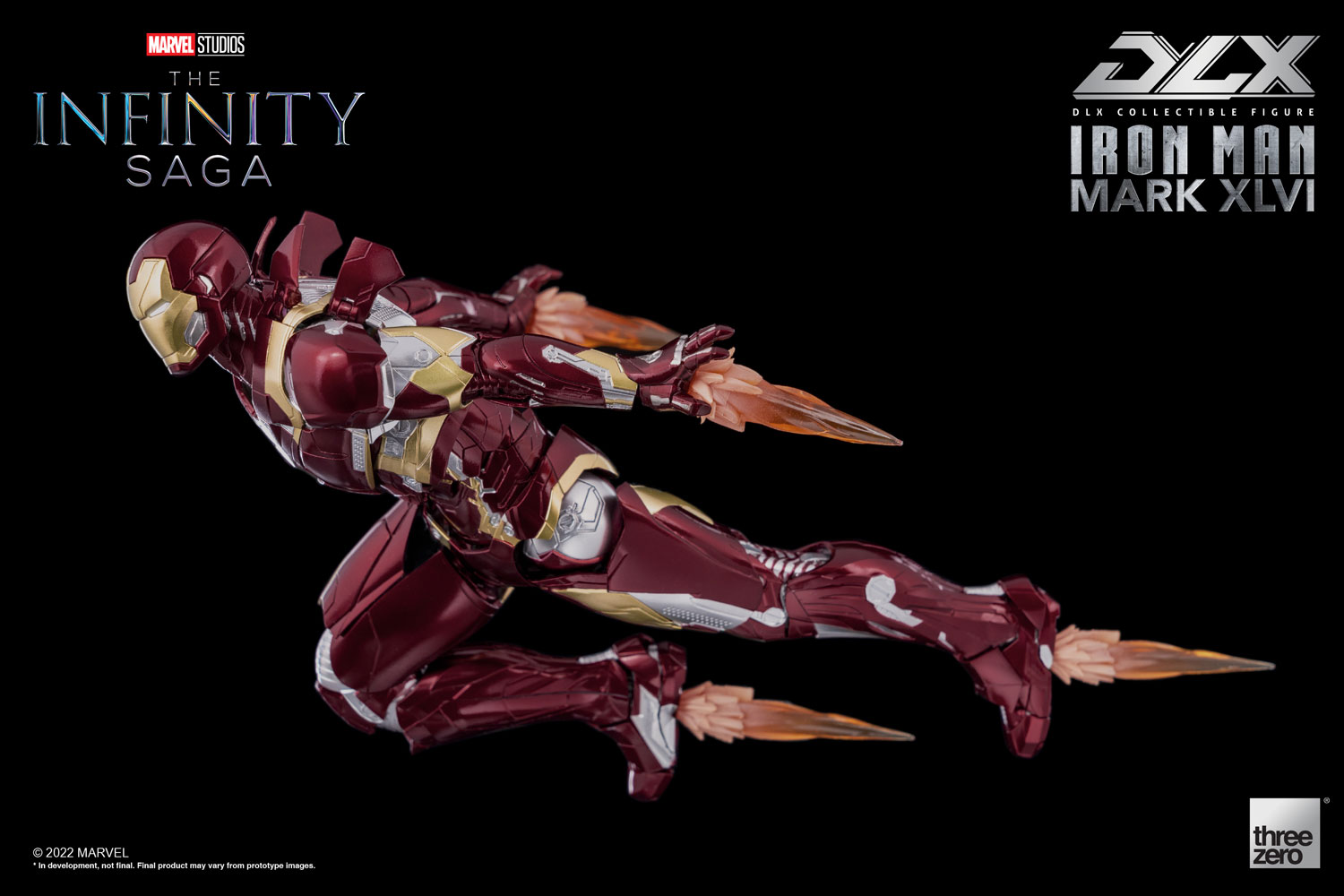 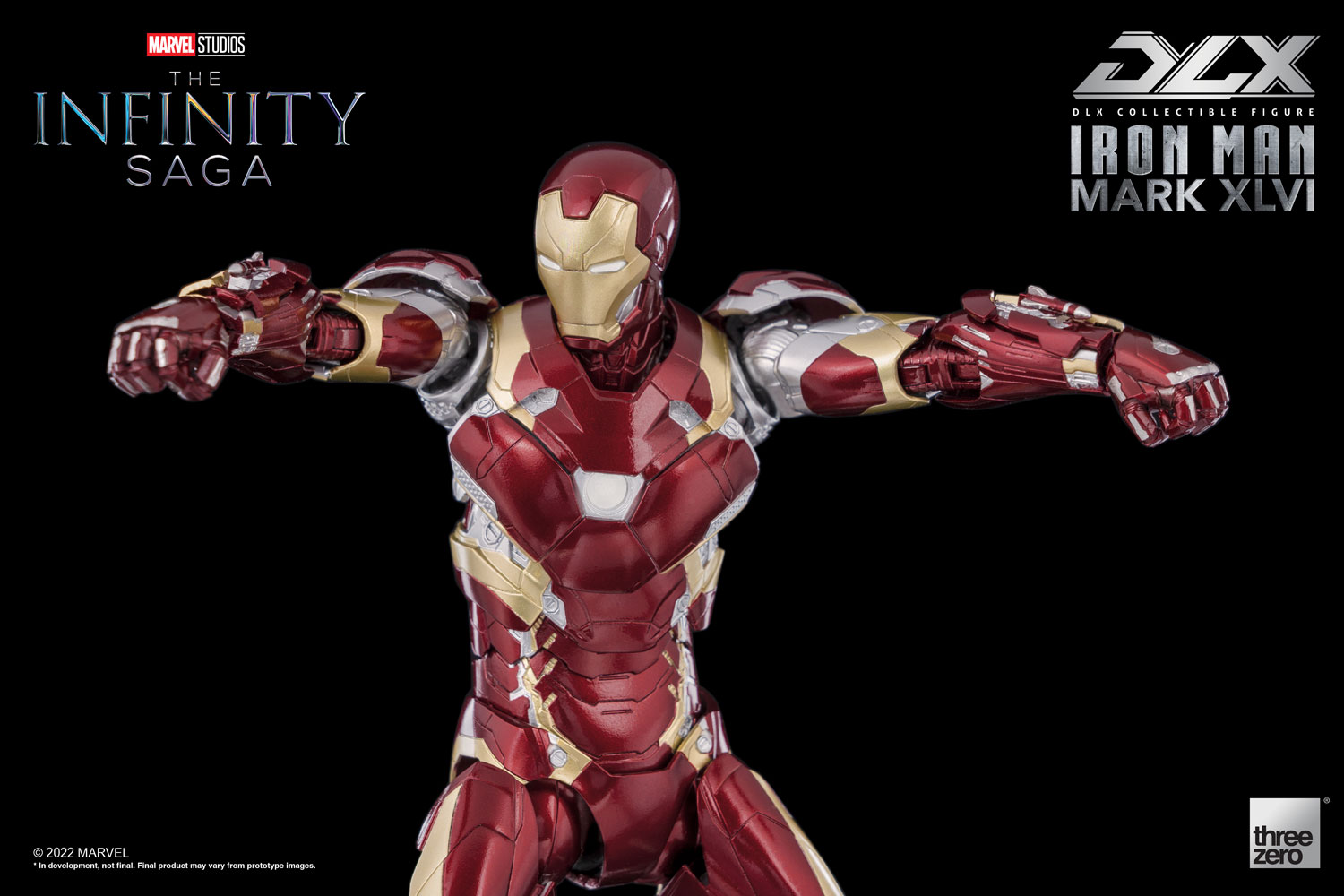 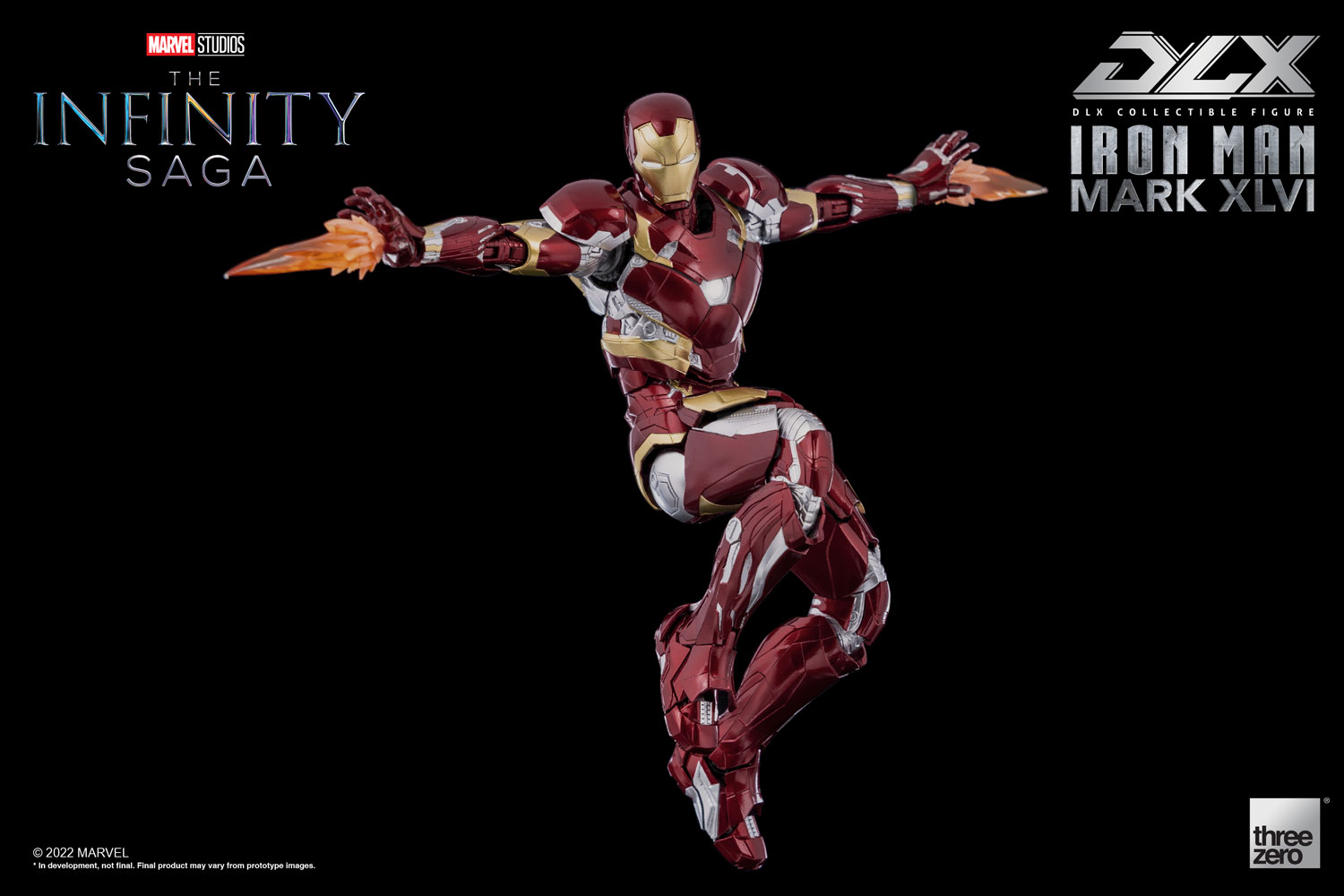 Sideshow, Threezero, and Marvel Studios are thrilled to introduce the next Marvel DLX action figure. Iron Man Mark 46 DLX features the classic red and gold color scheme and an authentic likeness of the sleek armor as seen in the movie Captain America: Civil War.

Arm rockets can be fixed onto both forearms, and two lighting functions are located on the figure in both the chest and the eyes. The four air flaps on the back can be flipped open or closed, and effects parts are included for both shooting poses and flying repulsion.

Don't miss your chance to add this fully articulated DLX figure to your collection! 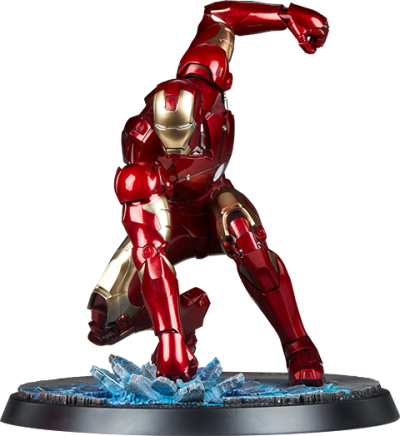 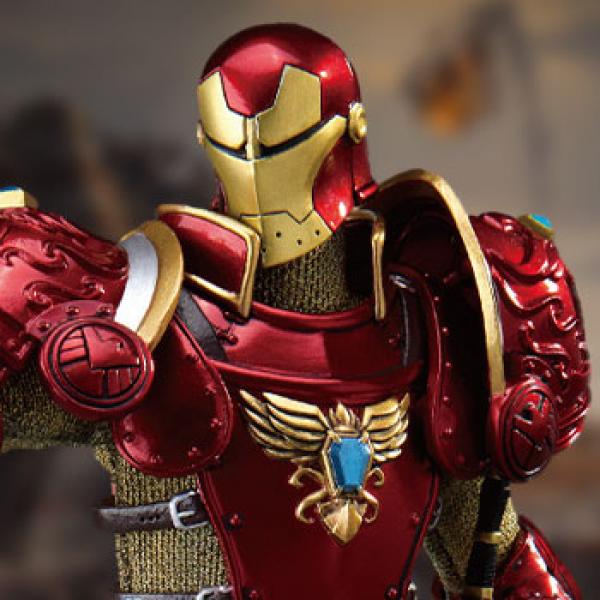 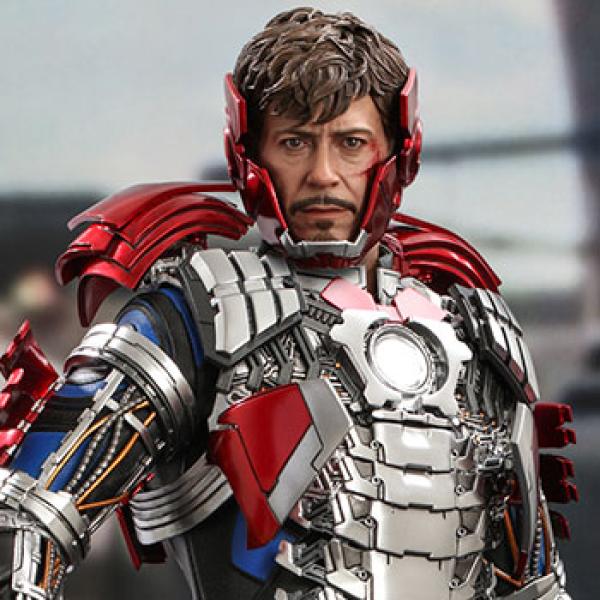 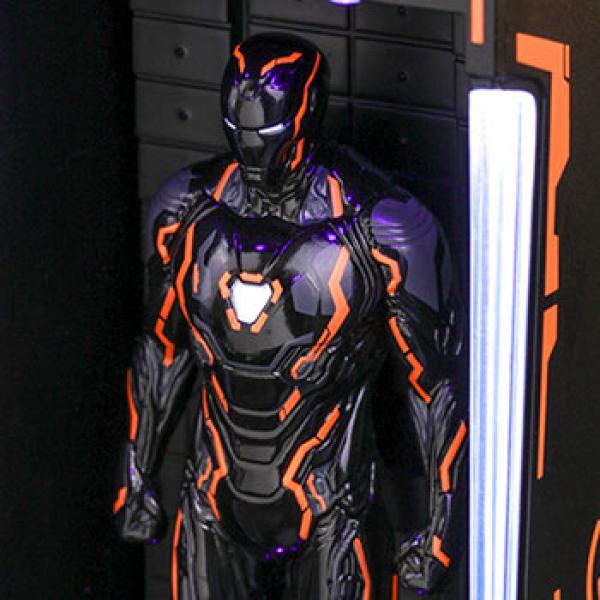