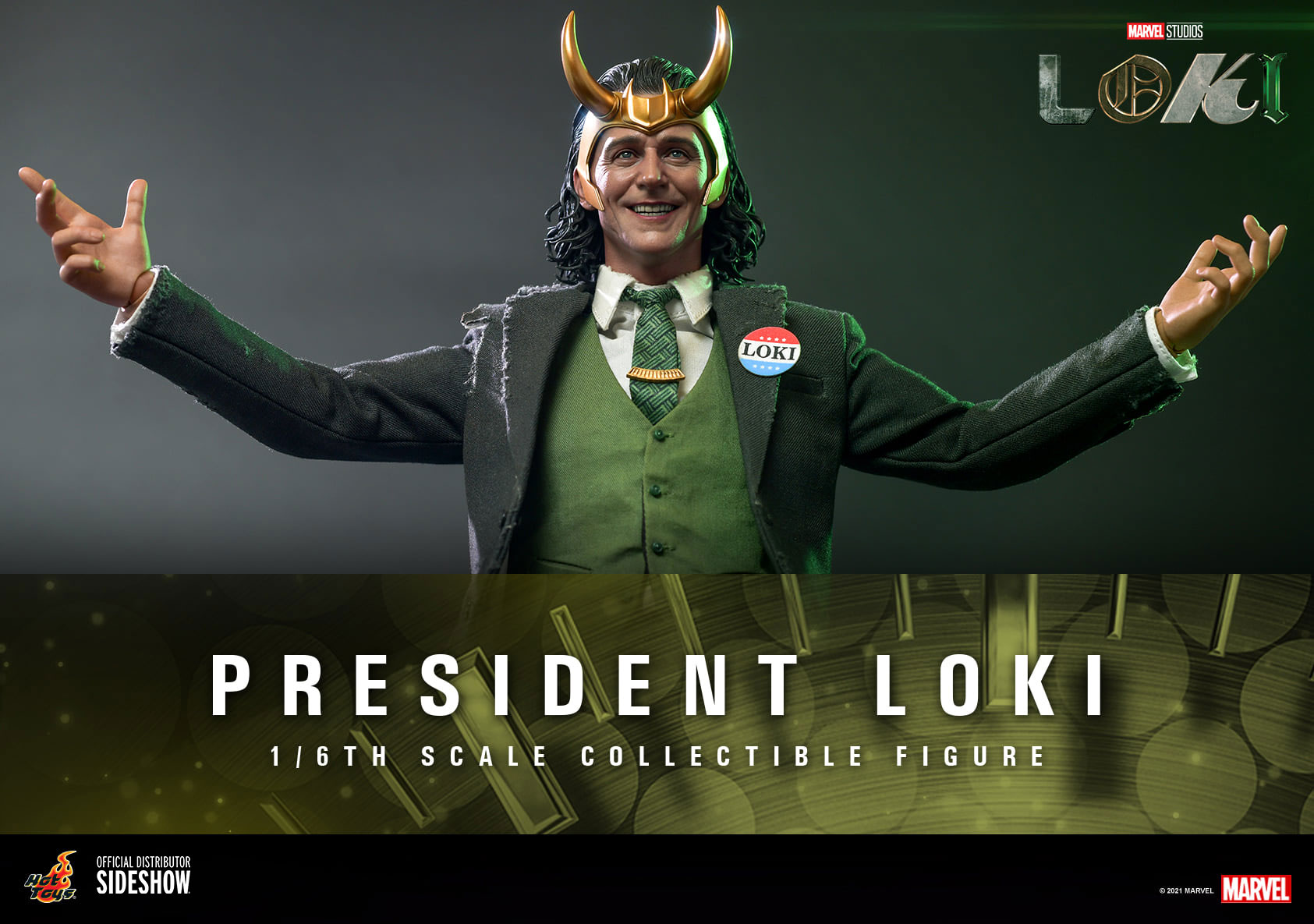 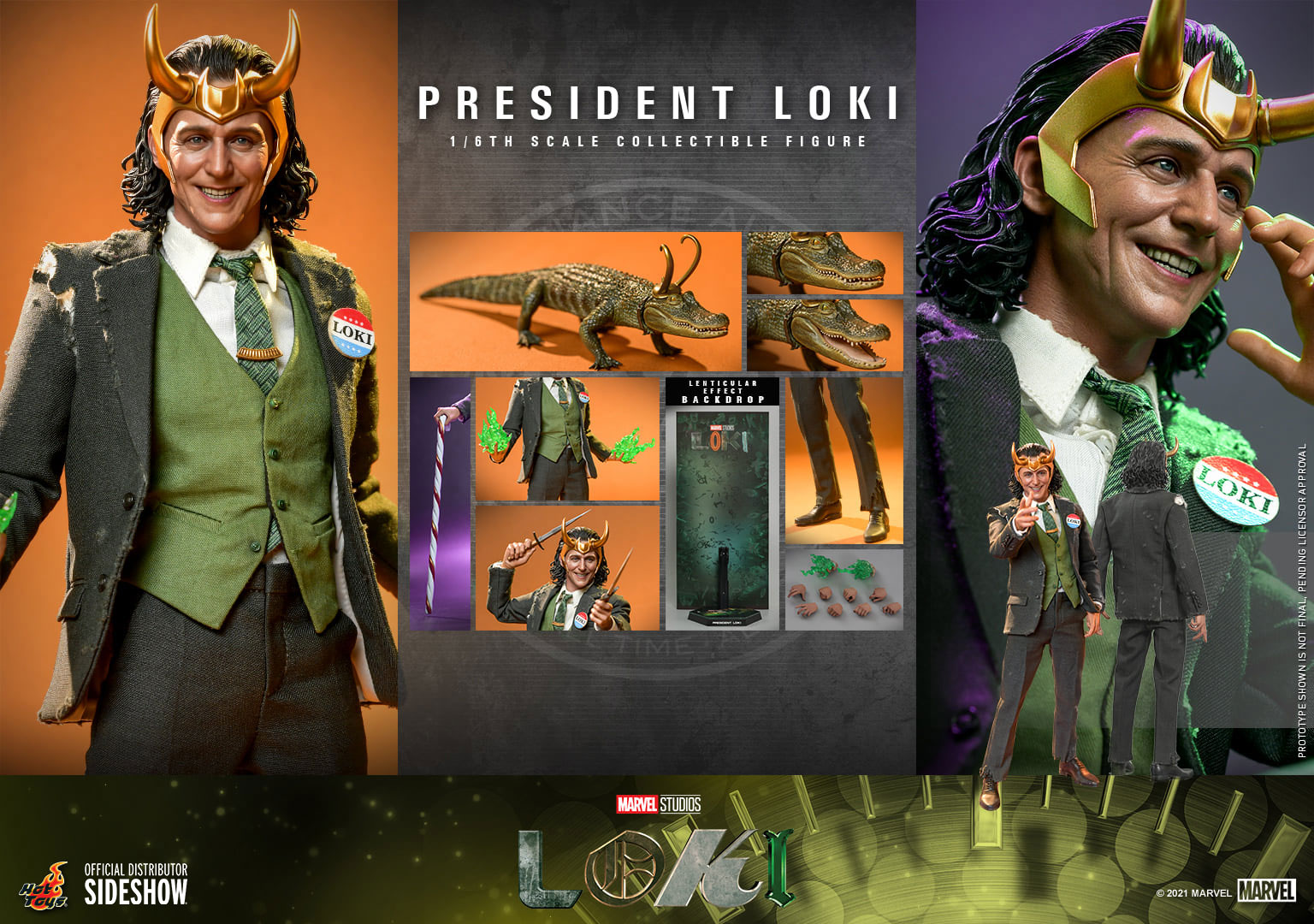 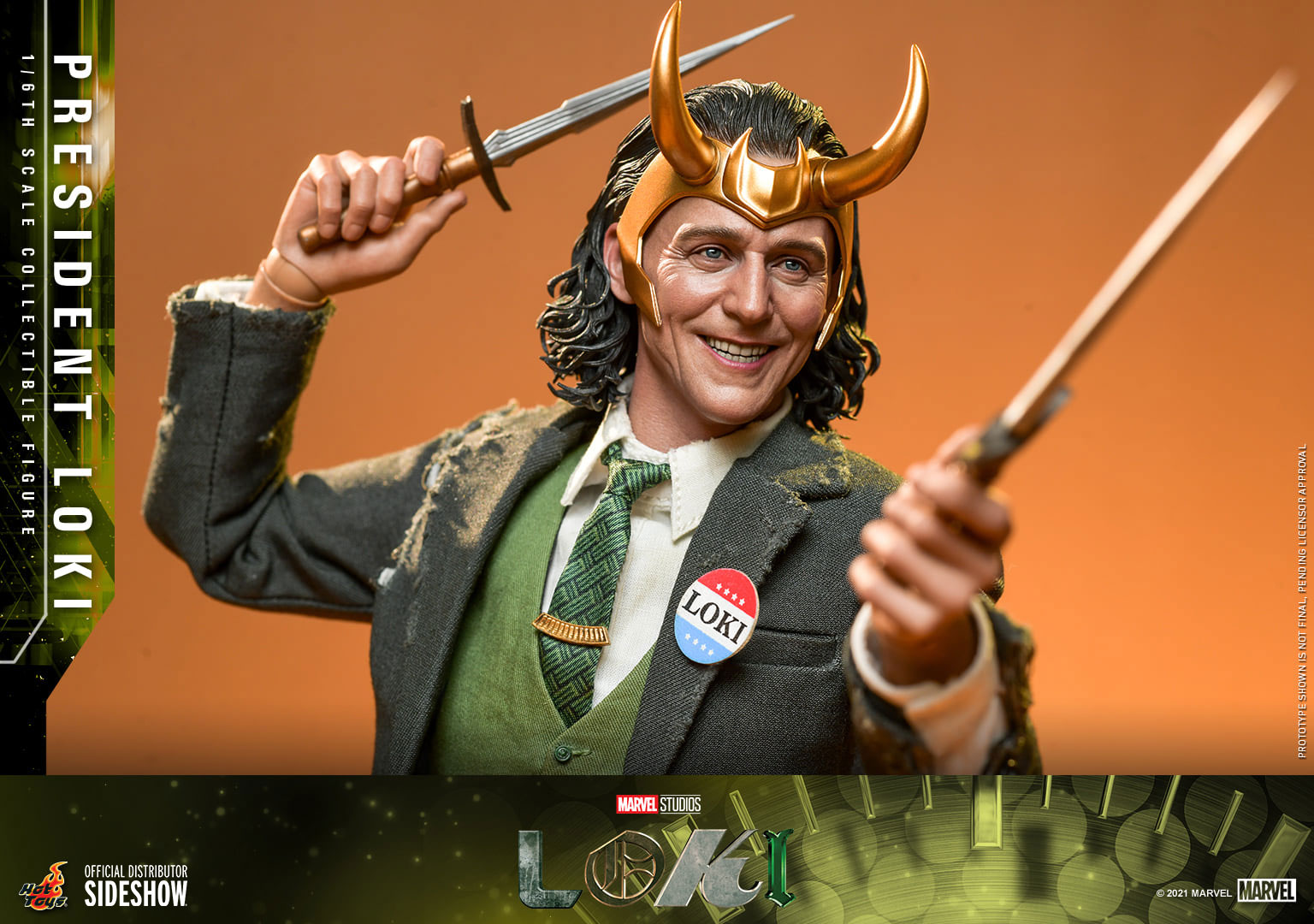 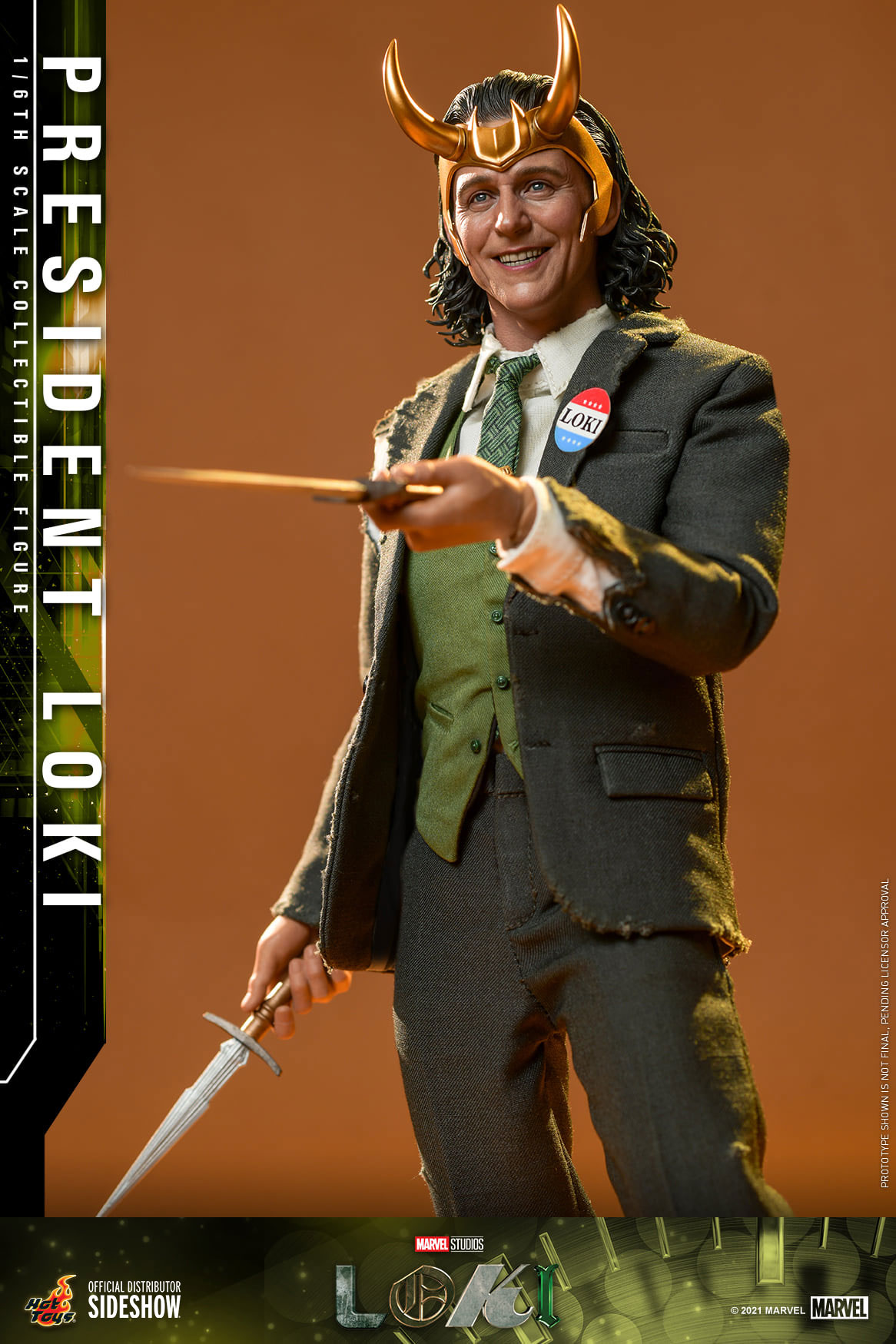 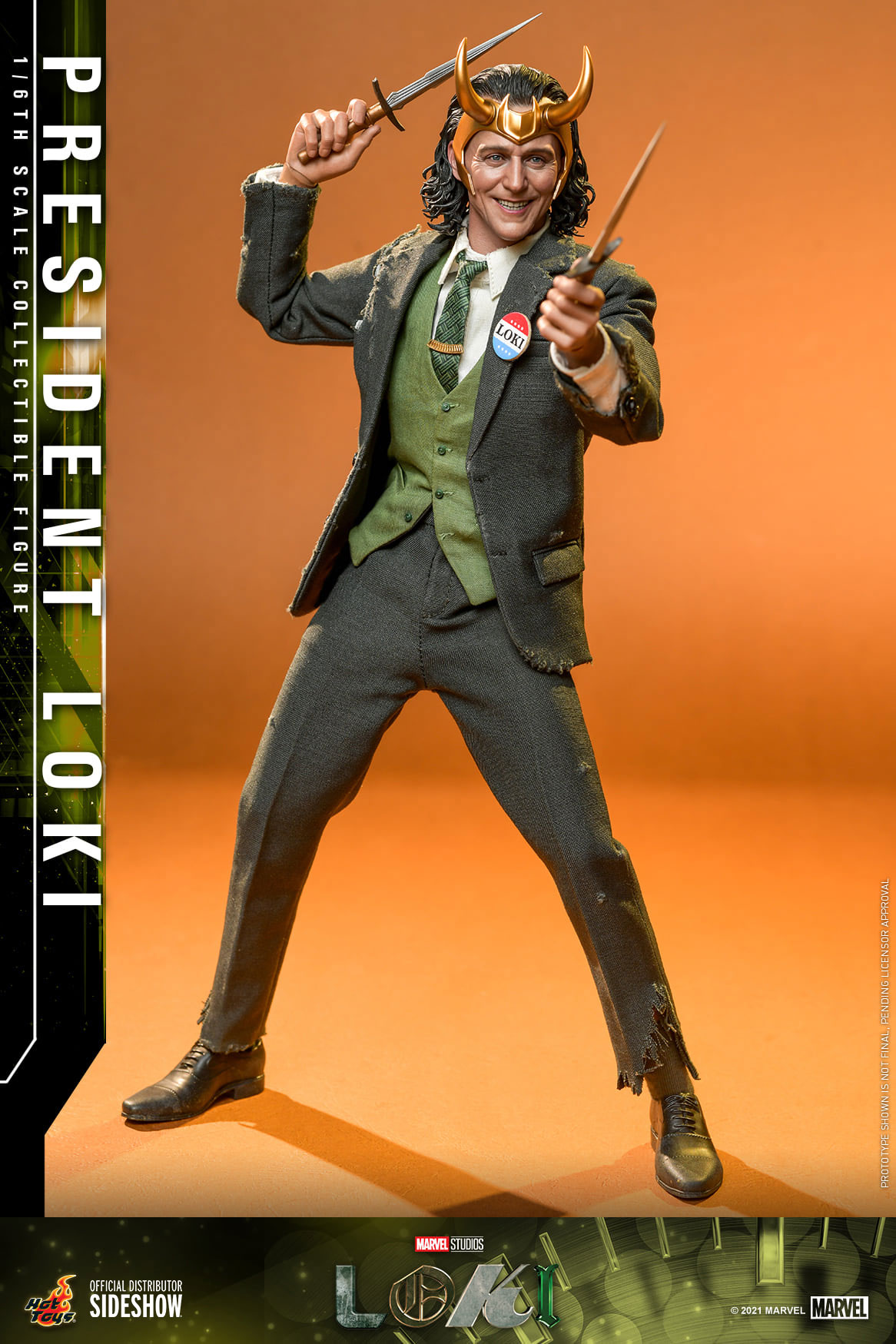 "Hello. Which one of us are you?” – President Loki

How many Loki is too many Loki? In Episode 5 of Marvel Studios’ Loki, fans are introduced to a new bunch of Loki variants! Perhaps the most arrogant and pompous Loki – President Loki – shows up and expects to take over the control of the realm until his own army turns on him.

Exquisitely crafted based on the screen appearance of Tom Hiddleston as President Loki in the series, the figure features a newly developed head sculpt and his horned helmet with delicate craftsmanship, election campaign pin on the suit applied with weathering effects perfectly translating the details; a pair of daggers, greatly detailed accessories such as Alligator Loki in one-sixth scale, a cane, a specially designed character backdrop with lenticular effect, and a themed figure stand.

Reserve space for the President Loki figure among your glorious Marvel collection today! 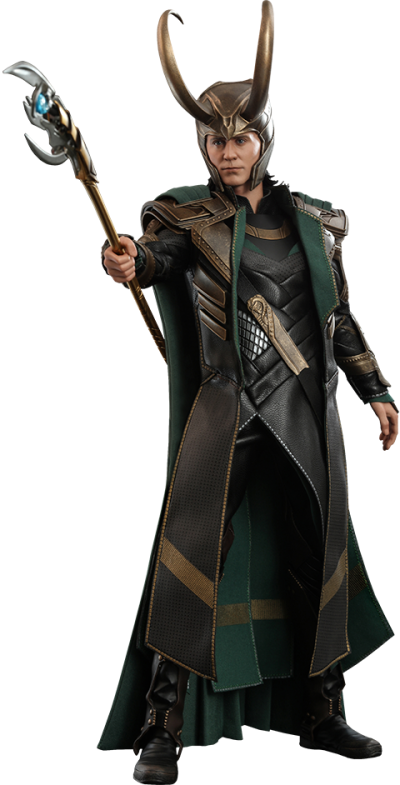 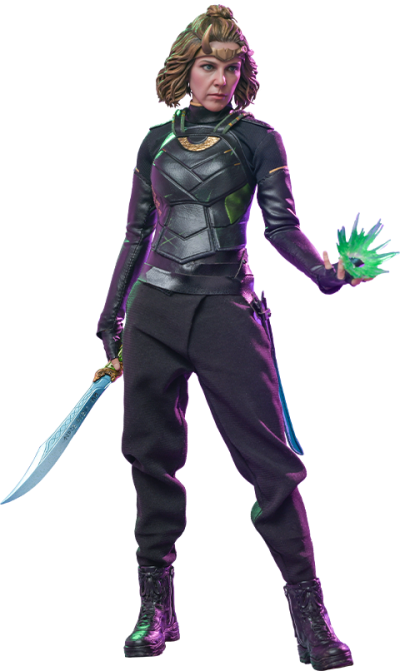 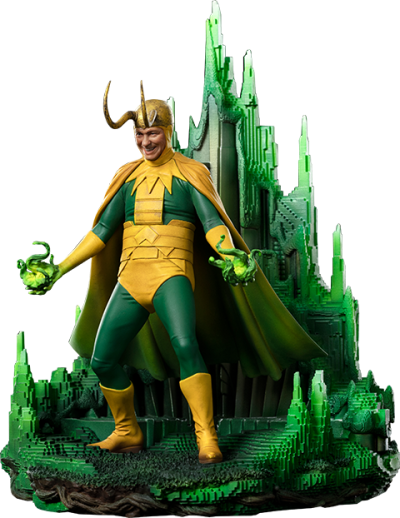 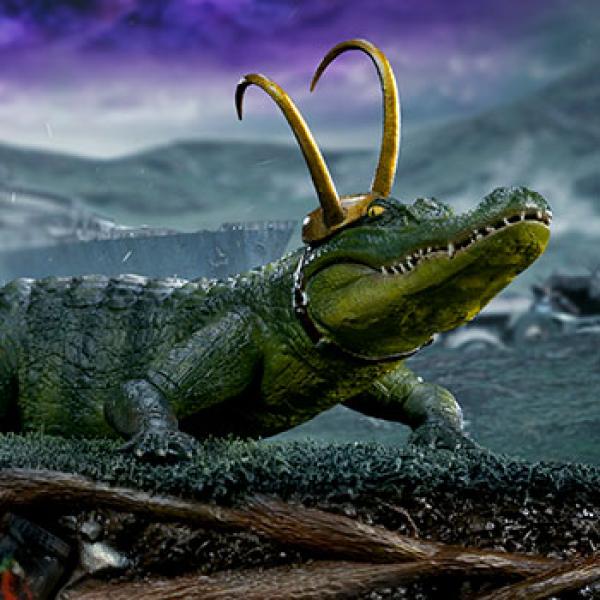 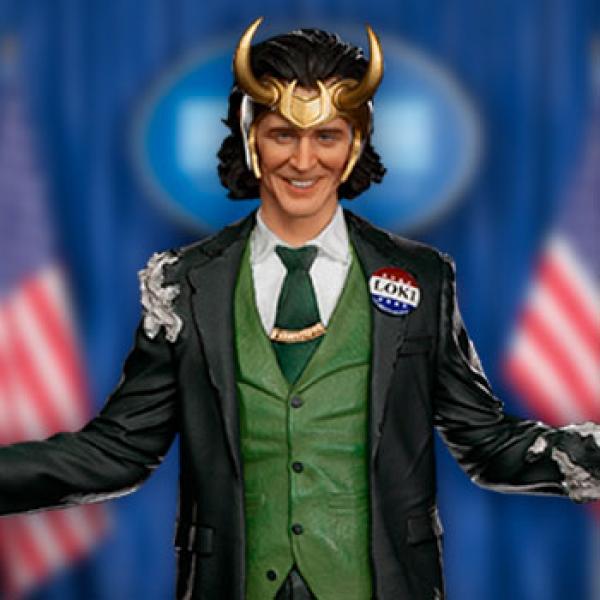 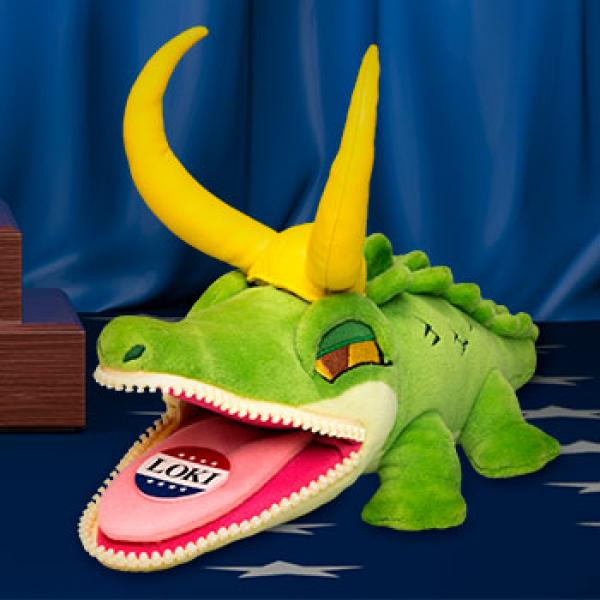 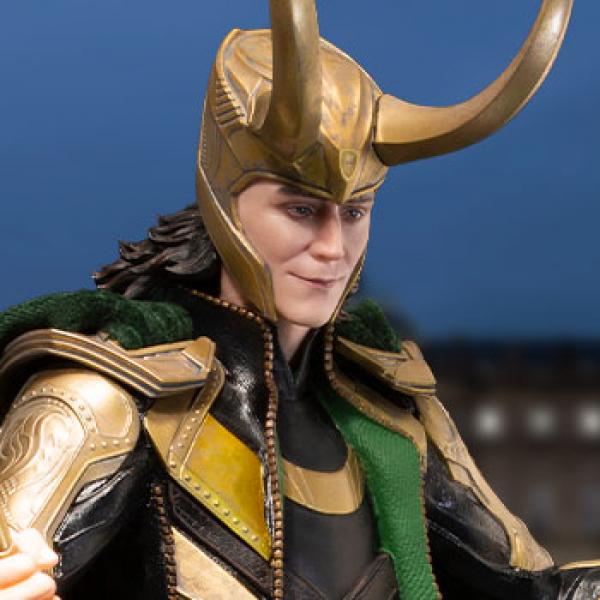