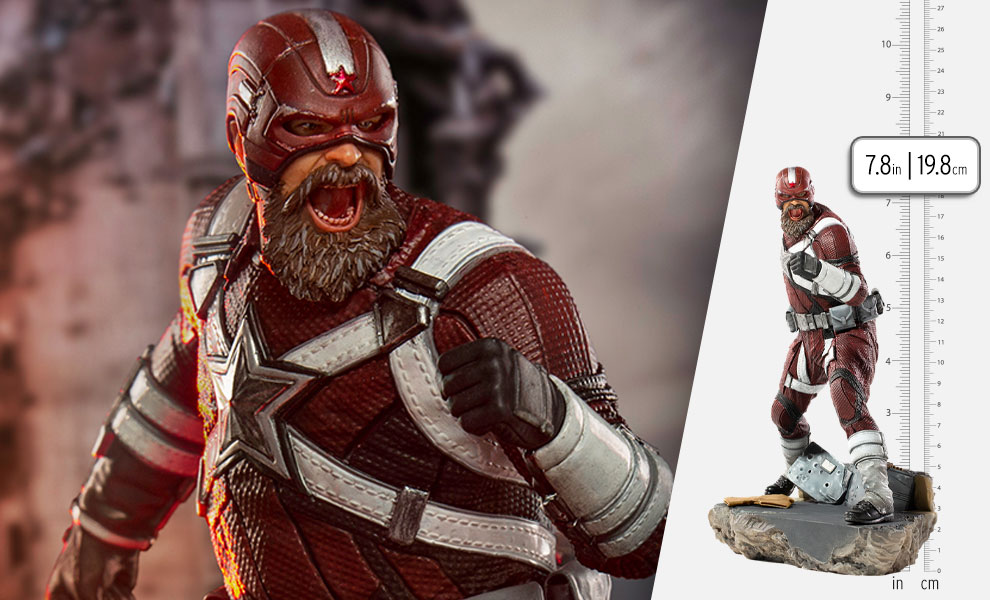 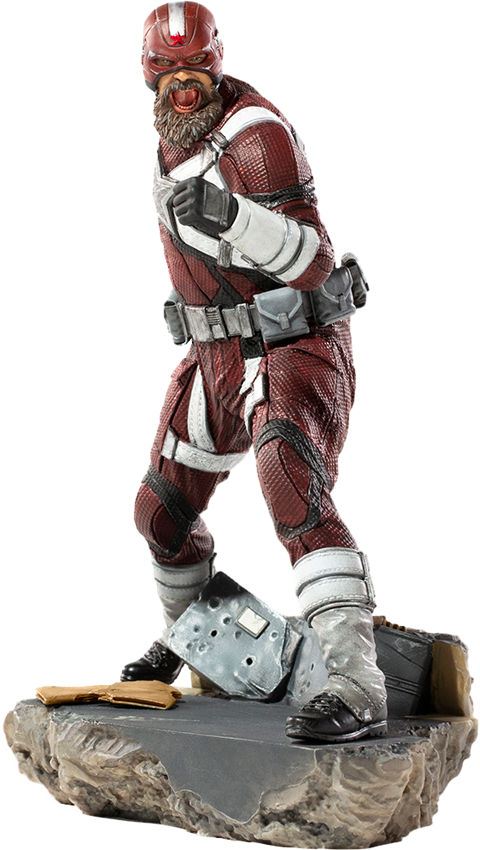 In a pose like he's screaming furiously, the long-bearded Russian-Soviet super-soldier is ready to fight, proudly wearing his patriotic red uniform, the symbol of his nation. The giant advances through folders and file drawers, with damaged documents near his feet, on the base floor, ready to face with clenched fists any enemy in front of him, and defend his protege allied agents against the threat of the mysterious villain, Taskmaster, just like in the movie Black Widow. Thus, Iron Studios brings its statue of the great "Red Guardian BDS Art Scale 1:10 - Black Widow - Iron Studios".

In the comics, although more than one character has acted with the codename Red Guardian, in the movie, we are introduced to the best known and most popular among them, the irascible Alexi Shostakov, played by the charismatic actor David Harbour. He is the Russian-Soviet version of Captain America, a highly trained hero of the communist nation with enhanced strength and brain. Depicted as a father figure to senior Red Room agents Natasha Romanoff and Yelena at the MCU, he has an apparent love affair with agent Melina Vostokoff, known as the villain Iron Maiden in the comics. Melina assumes a maternal role, creating a kind of family dynamic between the hero and his allied agents.

Alongside the figures of Natasha and Yelena, the red Soviet champion composes a diorama by Iron Studios against the lethal Taskmaster, in the series derived from the solo film of the founding heroine of the Avengers. In the movie, after the events of Captain America: Civil War (2016), the Black Widow, on a forced flight, will face a dangerous conspiracy linked to her past.