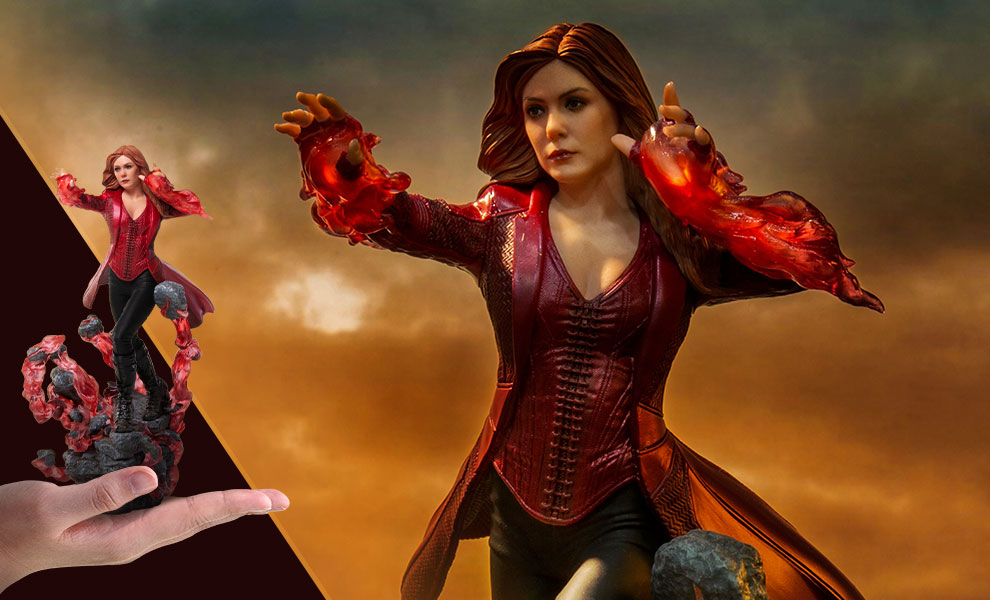 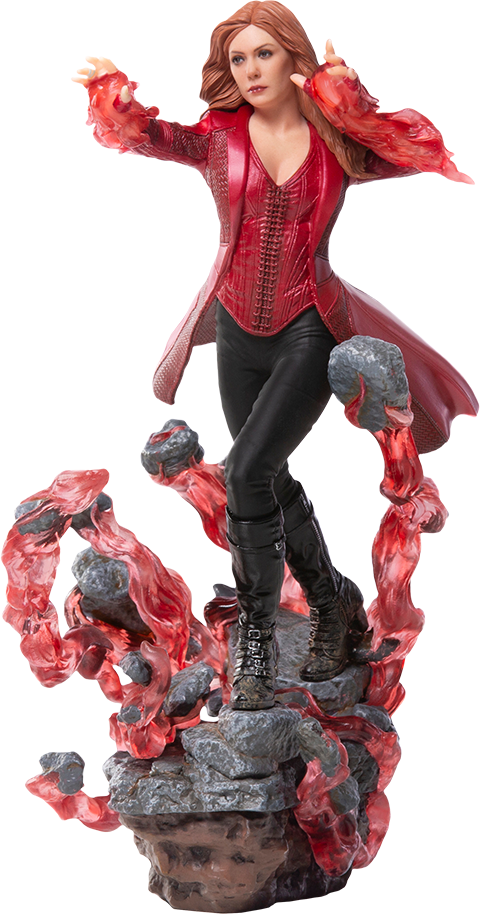 Scarlet Witch in the comics is the mutant Wanda Maximoff, who holds the power to manipulate the odds in her favor and harness control of chaos magic. Daughter of Magneto, she and her twin brother Pietro began as members of the Magneto's Mutant Brotherhood, opponents of the X-Men.

In Marvel Cinematic Universe, she and her brother are not mutants, but rather guinea pigs of Hydra and experiments of Loki’s scepter.

Complete your Avengers: Endgame collection with the addition of Scarlet Witch today!

I love that they were able to capture her beauty very well. The red is a little darker in person which is great! Her necklace is included by the way! The base has a nice weight too. Overall, I am in love with this piece. I think the only thing I would have liked to see, is if they added some LED lights to her red magic/power force? If that makes sense lol Either way 10/10

I've been wanting to write a review for this statue ever since I received the order on July 30th. Its better late than never. First thing's first. The Iron Studios Avengers Endgame Scarlet Witch 1/10th scale statue looks exactly like the promotional image that is present on Sideshow's website. The head sculpt is very pretty and it does a solid job of resembling actress Elizabeth Olsen as the Scarlet Witch. The overall sculpt has been done really well. This particular design for the Scarlet Witch has been my favorite ever since Captain America Civil War and the trend continues with the Endgame design as well. The paint application is very clean all around. The statue is nicely detailed. I like the pose that Scarlet Witch is in. The diorama display base that she's standing atop has some really neat energy effects. Speaking of energy effects, I greatly appreciate the fact that they are made out of a pliable plastic, instead of polystone, which would've made them susceptible to breaking during the shipping process. Even though the statue itself is small, it still has some nice weight to it because its made out of polystone. However, I wished that the diorama display base was a bit wider, while also having some added weight as well. Other than that, this is a very well sculpted, detailed and painted statue on the part of Iron Studios. I look forward to buying more 1/10th pieces moving forward. This wonderful piece arrived in perfect condition. Thank you Sideshow!