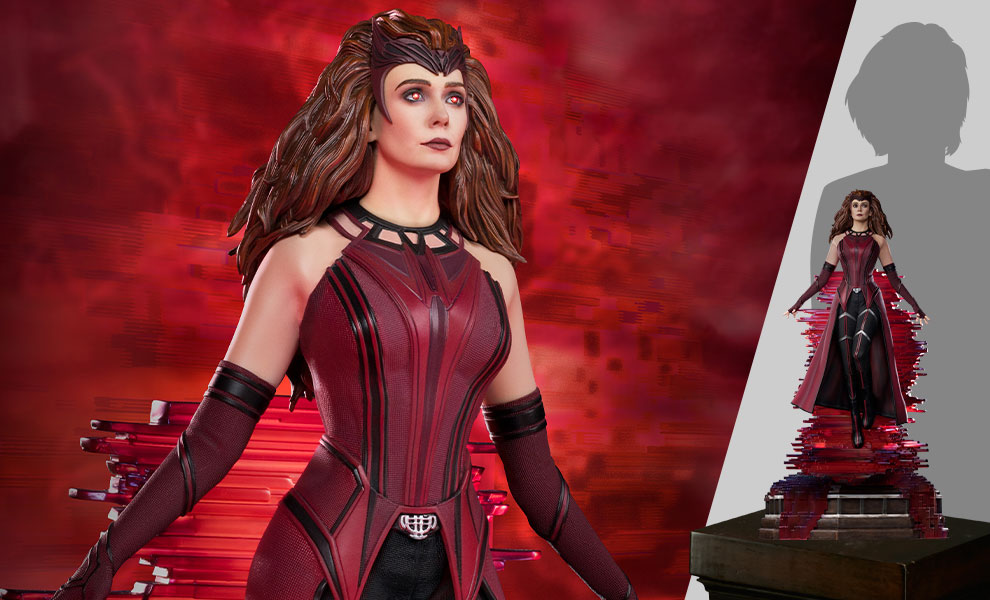 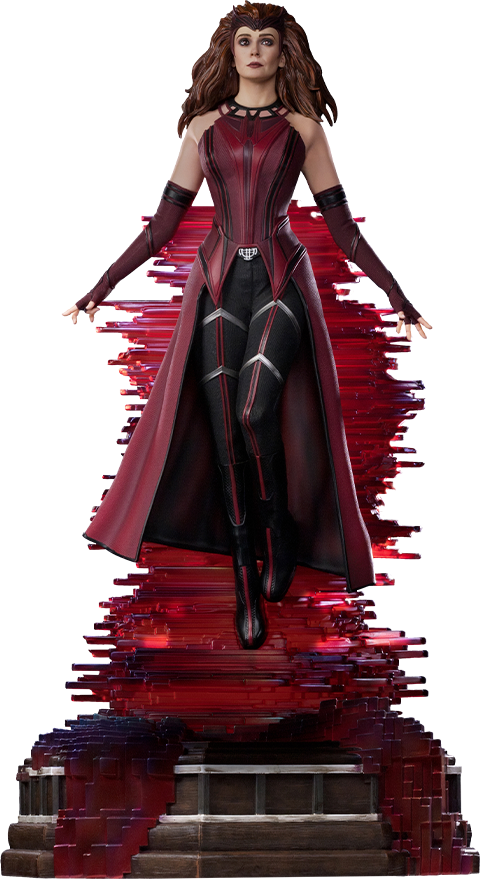 Above the floor of her house that was created involuntarily with the powers of manipulation of reality through her Chaos Magic, the beautiful and powerful red-black figure floats with a red energy field of her psionic powers, flowing in her rear and descending to the ground remodeling the scene, finally fulfilling the myth of the prophecy marked in the mystic book Darkhold. Thus Iron Studios presents its statue "Scarlet Witch - Wandavision - Legacy Replica 1:4", immortalizing the avenger at the time of her transformation into the Scarlet Witch, featured in the final episode of the series Wandavision on the Disney+ streaming channel.

Having since birth the latent mythical ability to master Chaos Magic, young Wanda Maximoff and her twin brother Pietro grew up harboring hatred and resentment towards Tony Stark the Iron Man after witnessing their parents' death in a Stark Industries bomb attack on their town Novi Grad in the fictional European country Sokovia. The twins volunteered for experiments carried out by the terrorist organization HYDRA, which awakened their powers. They later joined the insane robot Ultron but abandoned him when they discovered his intentions to eradicate humanity. They then joined the Avengers in the battle against Ultron, where Pietro ended up losing his life. In the following years, after allying herself with Captain America during the Avengers Civil War, Maximoff reunited and reconciled with Vision, and together they began to live in Europe, in a romantic relationship. The two were then threatened by Thanos, who was in search of the Mind Gem to complete his Infinity Gauntlet. In the conflict with the villain and his followers, Vision ended up destroyed. After Thanos's defeat and being overwhelmed by immense grief, Wanda moved to Westview City, where, unwittingly releasing her powers, she changed the reality and created her idyllic alternative paradise based on the sitcoms she loved so much from her childhood. She dominated the inhabitants, recreated Vision as her husband, produced twin sons, Tommy and Billy, and faced off against Agatha Harkness, a witch who sought to understand the nature of Maximoff's powers to take them.

This statue is the perfect pairing with the "Vision - Wandavision - Legacy Replica 1:4" Statue, both already available for Pre-Order. 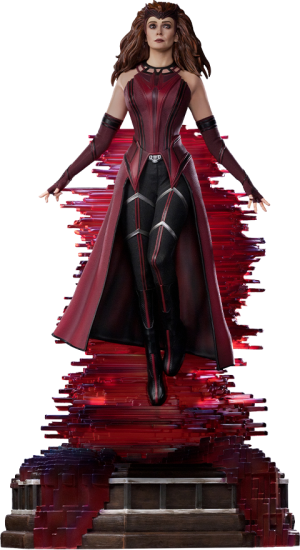