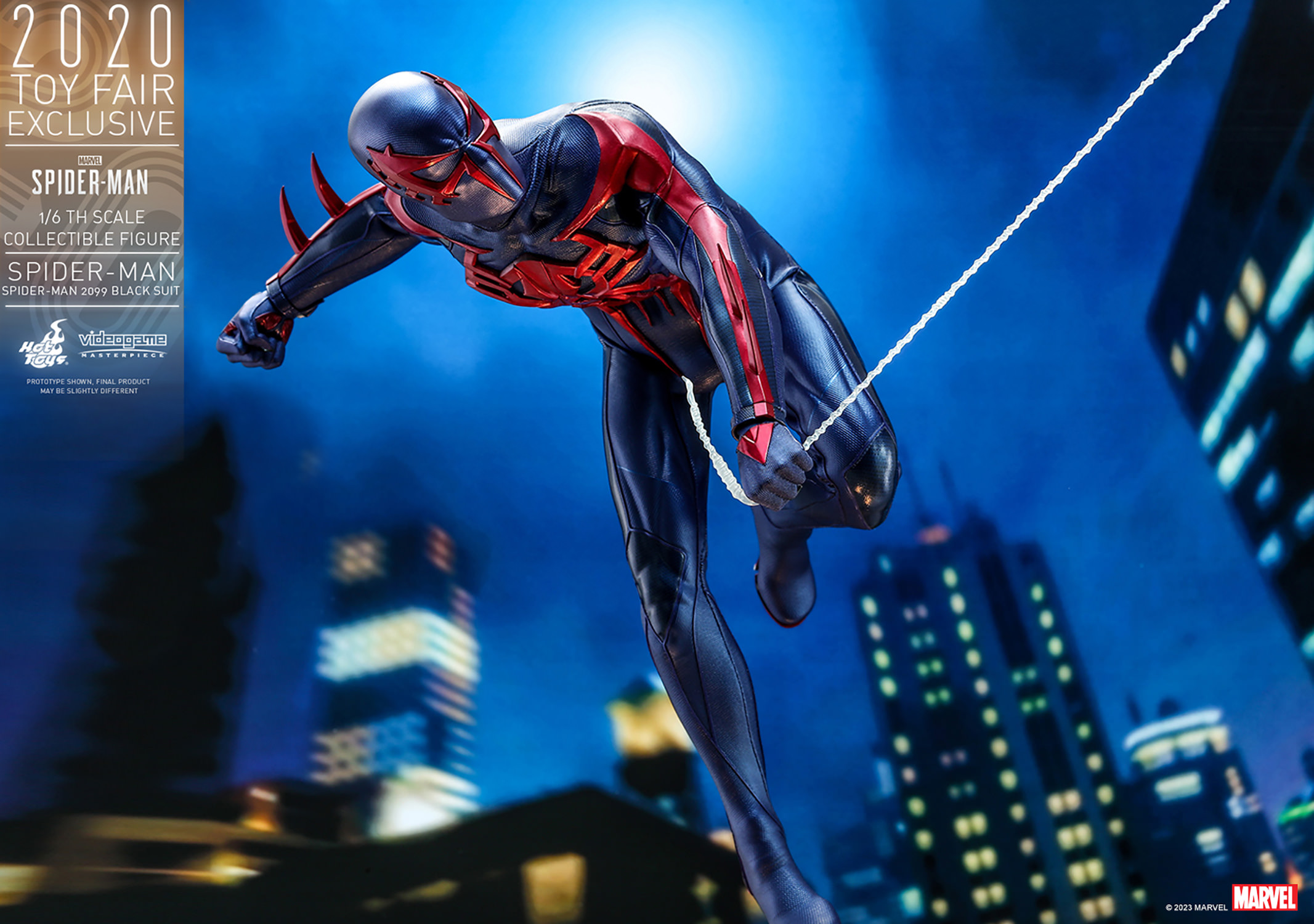 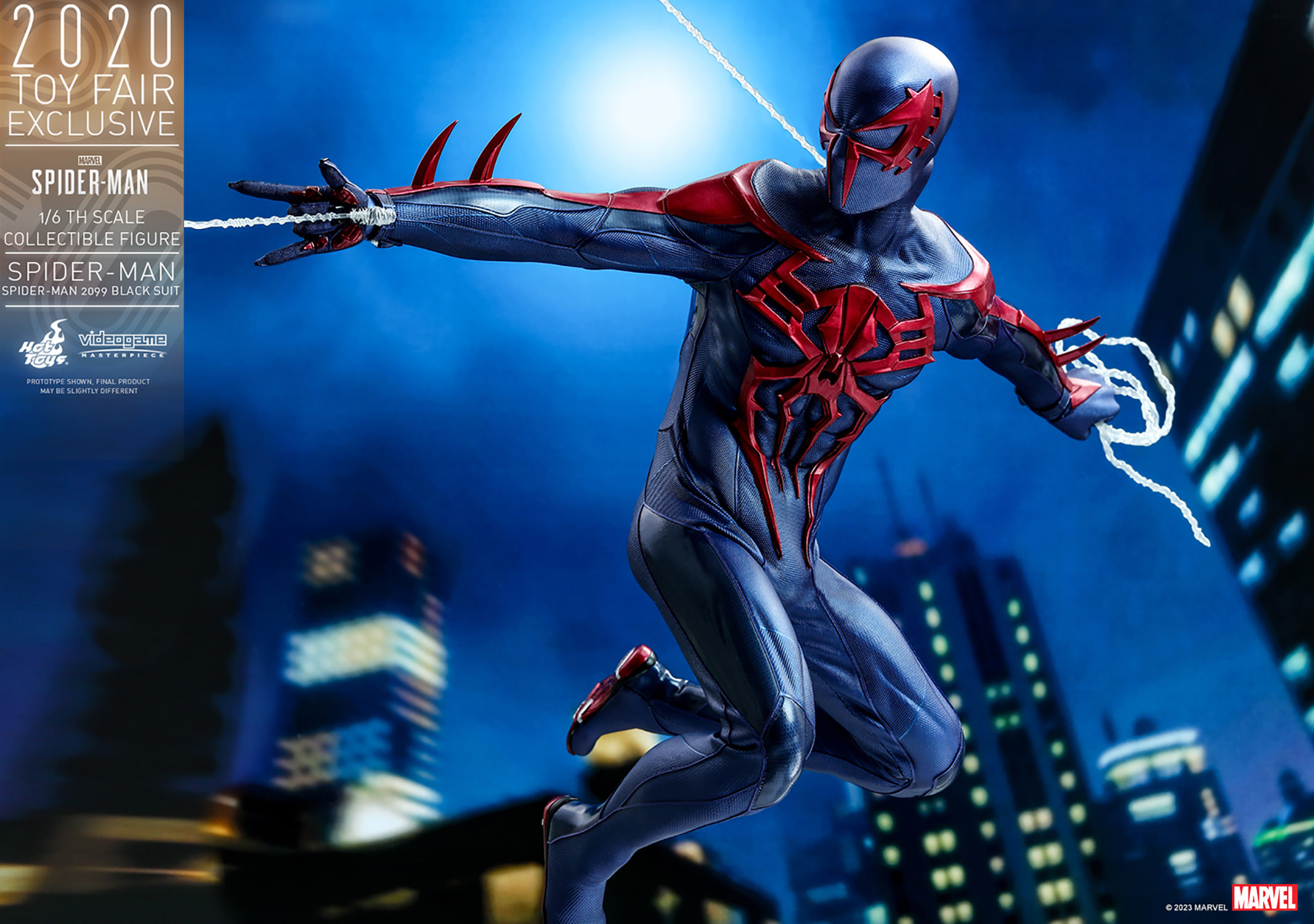 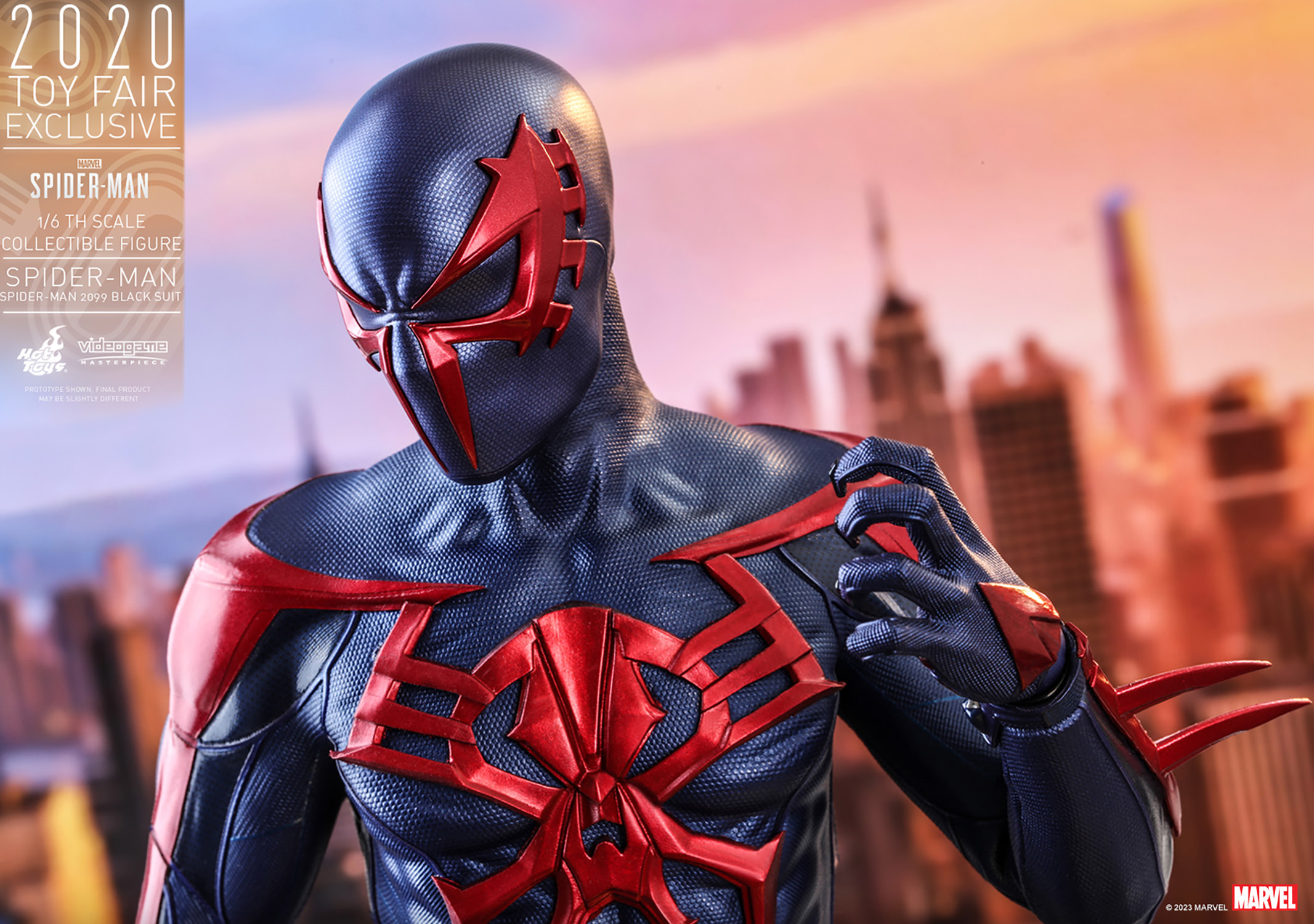 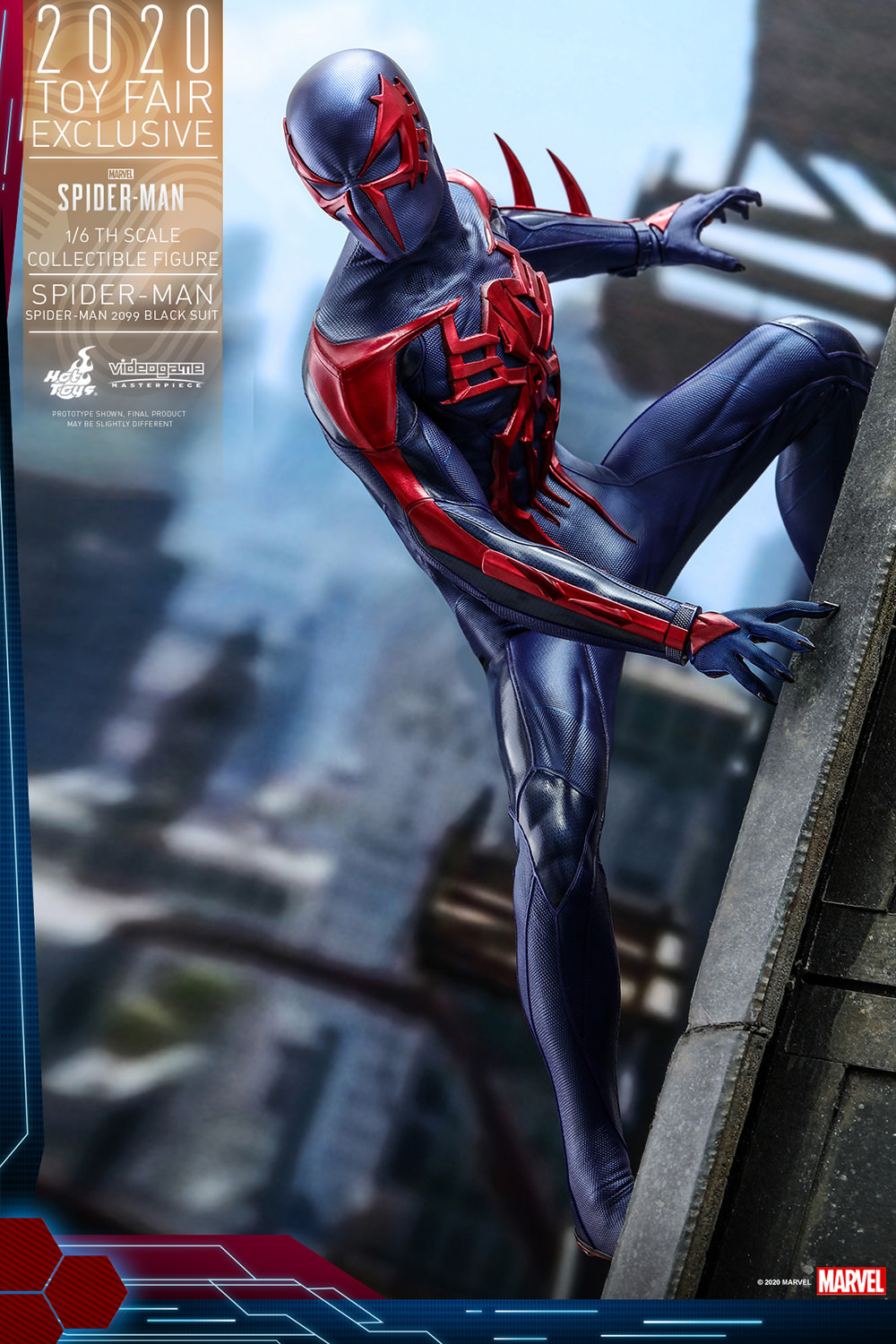 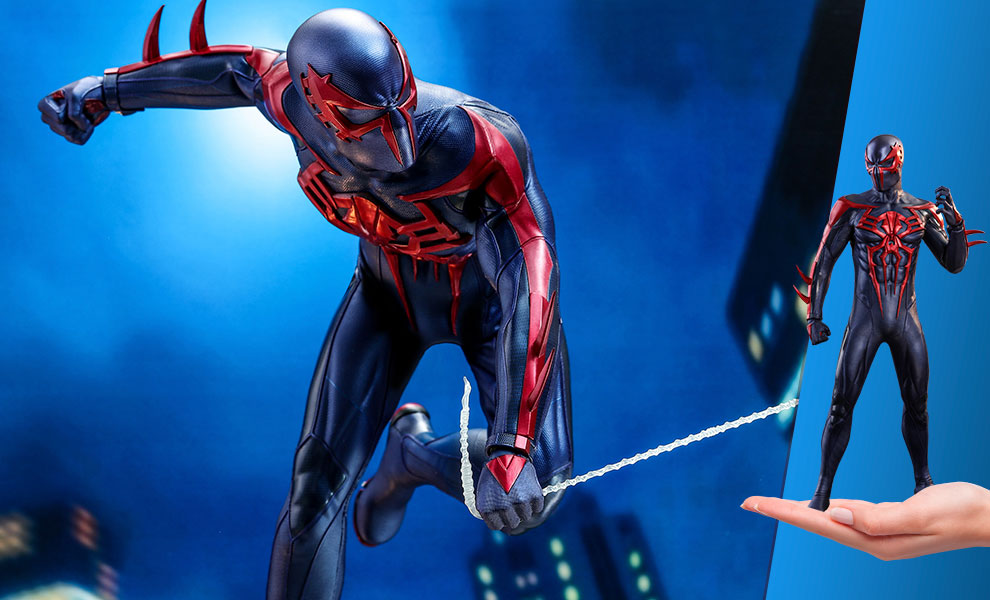 Get It Now
Calculating payments...
Members get $13.25 back. Earn 5% in Sideshow Rewards.
About

Spider-Man 2099 was a popular 1992 Marvel comic series that jumped ahead in time and presented a new hero behind the mask Miguel O’Hara, better known as Spider-Man 2099. Living in an alternate future, the brilliant geneticist inspired by the surviving records of the legendary Spider-Man, sought to create a similarly powered individual, has accidentally re-written his DNA with a spider’s genetic code.

In the action-packed video game Marvel’s Spider-Man, fans are able to see their webslinger in action with the Spider-Man 2099 Black Suit, which associates with Low Gravity suit power that enables stunning aerial performance.

Swing around Manhattan with this amazing Spider-Man (Spider-Man 2099 Black Suit) figure and add it to your Marvel collectibles display today!

The amount of detail and just the look of this Hot Toy makes it an amazing buy for me. I can’t wait to see what the next Spider-Man 2099 is going to look like because this one’s going to be hard to beat.

The title pretty much says it all!!! This figure is absolutely fantastic, the costume is stunningly sculpted, takes me back to grabbing this book off the spinner rack in '92...'nuff said!!

This Spider-Man 2099 sixth scale figure is AMAZING! The quality and detail on the suit looks incredible in person! It shines beautifully! The leather like material and texture on the suit feels awesome! The articulation on the figure is great and the leather-like material on the suit stretches with different poses and adjustments, I feel it makes the suit look more real! SIDESHOW knows exactly what they are doing, and know how to give you exceptional quality!

My first Hot Toy and not my last one. It looks amazing. Can’t wait to display it.