Skip to main content
The Celebration starts now! 🪐 Save Up to 20% on Star Wars items!
https://www.sideshow.com/collectibles/14873 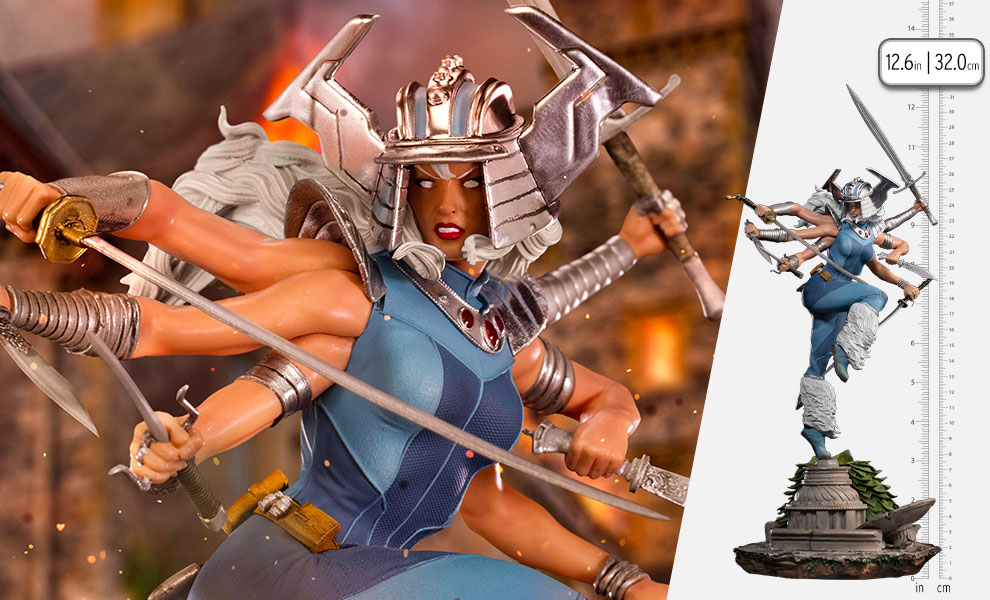 On top of a fallen fountain in the gardens of Mansion X, she moves gracefully, holding knives and swords in her six arms in complete coordination. Highly specialized in combat, she shows all her skills, with an athletic aptitude and mystical knowledge, as if in a dance, defeating any opponent. Straight from the Mojoverse, Iron Studios presents the interdimensional traveler "Spiral 1:10 Scale Statue - Art Scale BDS Series" in one more statue from the X-Men collection. This line composes a grandiose diorama of mutant heroes facing Magneto, Sentinel Robots, and a pantheon of enemies.

Rita "Ricochet" Wayword, a professional stuntman in the past, is a temporal paradox. Attacked by a mutated version of herself from the future called Spiral, she was captured by Mojo, the lord of another dimension, ruled by the entertainment of its inhabitants. In this dimension, Rita underwent physical and mental changes, gaining six arms, some of which are robotic, and an intense enhancement of her mind, allowing her to see and travel through other dimensions and teleport through time. Besides these new abilities, she also acquired mystical knowledge, and under Mojo's command, traveled back in time and created the events that made her what she is today. With gestures or dance moves, Spiral can teleport herself and countless people across great distances.