Skip to main content
Did someone say discount? 🙂 Check out our current special offers!
https://www.sideshow.com/collectibles/2009 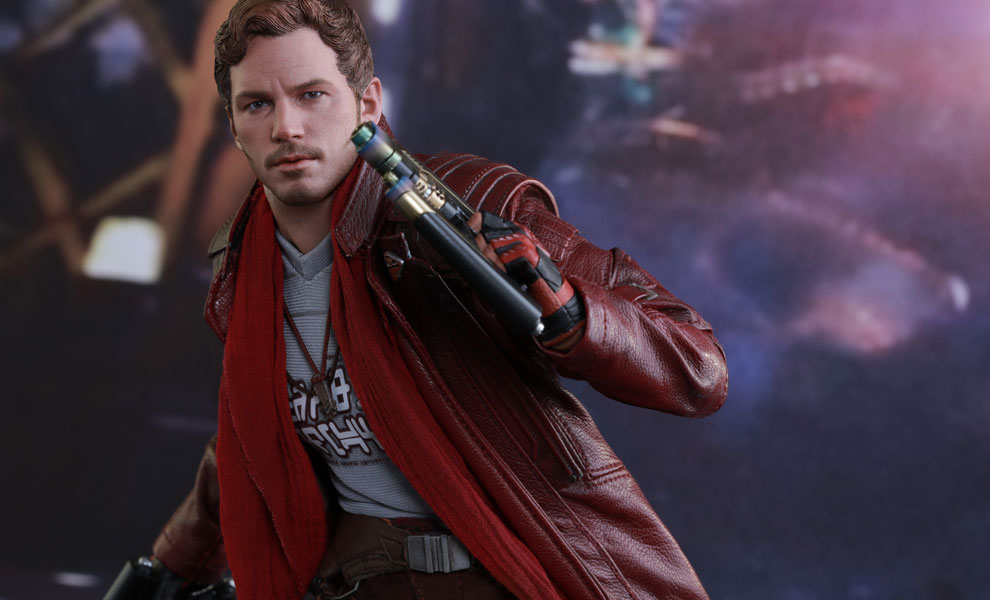 You only get one chance to save the galaxy twice!

Sideshow and Hot Toy are very excited to introduce a Deluxe Version sixth scale collectible figure of the Guardians of the Galaxy’s leader – Star-Lord!

The new Star-Lord collectible figure is expertly crafted based on the image of Chris Pratt as Star-Lord in the film. It features a newly developed head sculpt, a newly painted interchangeable LED light-up masked head sculpt, a finely detailed and meticulously tailored costume including a leather-like jacket, a pair of blasters, a new jetpack, and a miniature Baby Groot that can be placed on Star-Lord’s shoulder!

This Deluxe Version will specially include an additional Star-Lord helmet in activating mode that can be worn on the head sculpt, an interchangeable long sleeve tee, and Star-Lord’s iconic red long coat offering even more display options for many fans’ favorite “legendary outlaw”!

The leader of the Guardians of the Galaxy is waiting for you to add him to your great collection!

I am so glad I discovered Sideshow! This figure is amazing. I can't wait for my other ones to arrive.

I got the deluxe version and I am amazed and impressed by the likeness to Chris Pratt and the details are so impressive.
The figure comes with all the Vol 2 accessories and Baby Groot!!!

Such a great figure hope for gamora