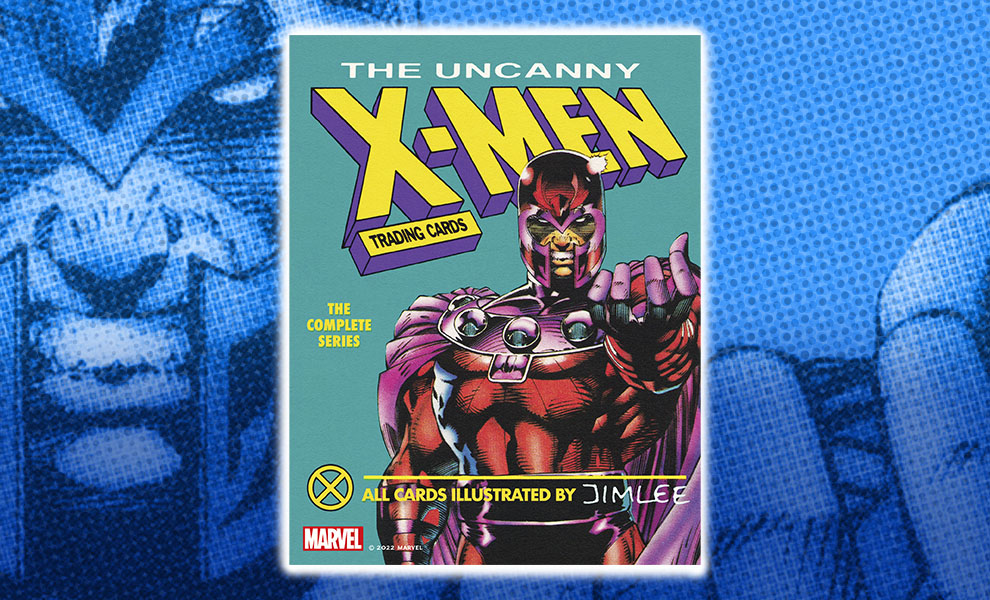 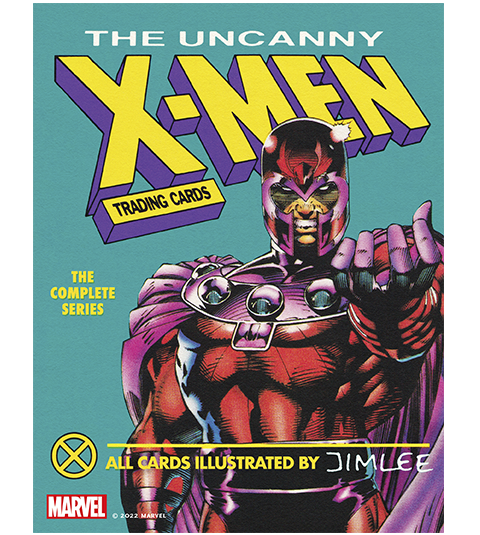 In 1992, Marvel Entertainment commissioned Jim Lee, the young superstar penciller behind X-Men (1991) no. 1, the bestselling single-issue comic book of all time, to create all of the art for a new set of 105 trading cards—a set that would go on to become one of the most celebrated in Marvel history and the gold standard for non-sports trading-card artwork and design. Lee was the first artist to create all of the original artwork for a Marvel card set; his dynamic character portraits, battle scenes, team shots, and innovative nine-card Danger Room puzzle cards helped fuel both the ’90s boom of comic-book trading cards and the general public’s mania for all things X-Men. Fans of the chart-topping comics could turn to the cards for further insight into their favorite characters, as Marvel writers and editors included bios, stats, and trivia for each hero and villain.

The Uncanny X-Men Trading Cards: The Complete Series collects, for the first time, the front and back of each collectible card in the set—including Wolverine, Storm, Cyclops, Magneto, and Deadpool—along with select scans of Lee’s original and digitally remastered art. It also includes interviews, conducted by writer and set editor Bob Budiansky, with the Marvel staff who helped assemble, design, and create these iconic trading cards.

Jim Lee is a comic book artist, writer, editor, and publisher. He is currently the publisher and chief creative officer of DC Comics. In recognition of his work, Lee has received a Harvey Award, Inkpot Award, and three Wizard Fan Awards. Lee lives in Los Angeles.

Ed Piskor is the Eisner Award–winning writer and artist behind Hip-Hop Family Tree and the Red Room series for Fantagraphics. His work for Marvel includes X-Men: Grand Design. He lives in Pennsylvania.

Bob Budiansky is an American comic book creator and editor. During his decades-long tenure at Marvel, he wrote for Transformers, penciled Ghost Rider, and served as the editor of Fantastic Four, Daredevil, Spider-Man, and the 1992 Impel X-Men trading card set. He lives in New Jersey.