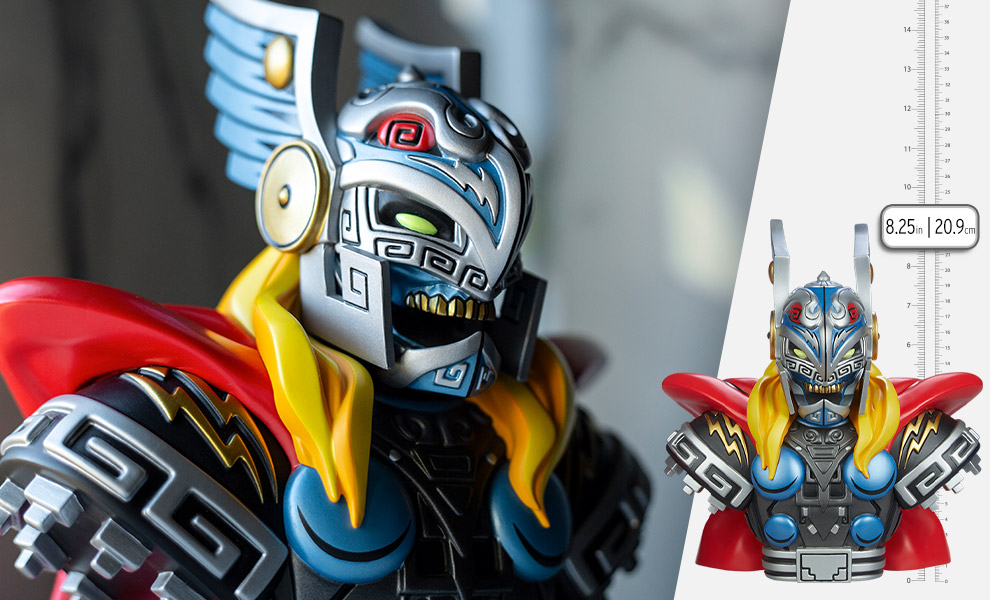 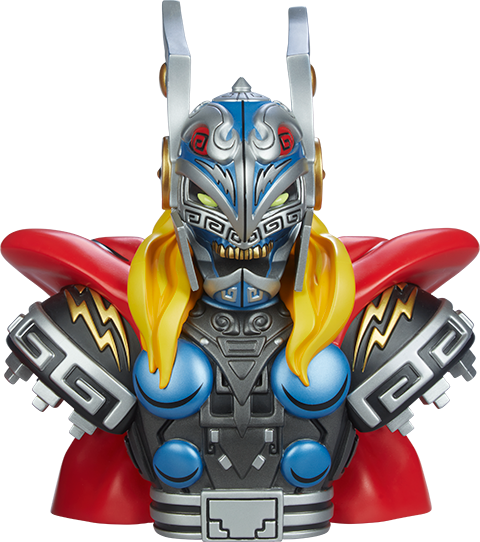 Like lightning and thunder, the strength of ancient Asgard and the style of Urban Aztec combine to make a mighty pairing in the limited-edition Thor Designer Collectible Toy by artist Jesse Hernandez.

Artist Statement: It was epic getting to mash up my favorite Marvel characters with Aztec and Mayan influences. The God of Thunder meets Eagle Warrior style continuing the line of Urban Aztec x Marvel mashups. An aggressive new armor covered with ancient symbols to create the #ThunderingEagle.